An ADT technician has admitted to repeatedly hacking the home security cameras of 200 ‘attractive’ customers to spy on naked women and couples having sex.

Telesforo Aviles, 35, from Dallas, Texas, pleaded guilty to computer fraud on Thursday. He was fired from the security company in April last year.

He is said to have accessed customer accounts more than 9,600 times over a four and a half year period.

Aviles, who was pictured by Inside Edition in September last year, now faces up to five years in federal prison.

Acting U.S. Attorney Prerak Shah said: ‘This defendant, entrusted with safeguarding customers’ homes, instead intruded on their most intimate moments.

‘We are glad to hold him accountable for this disgusting betrayal of trust.’ 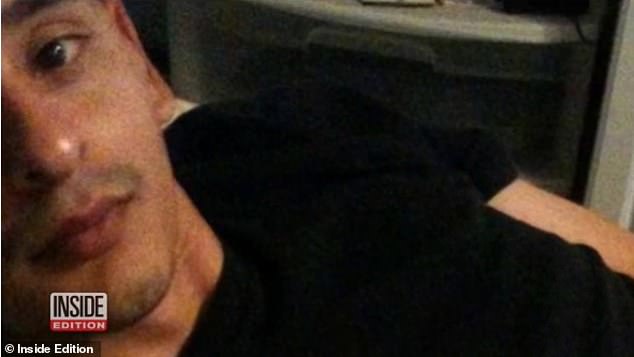 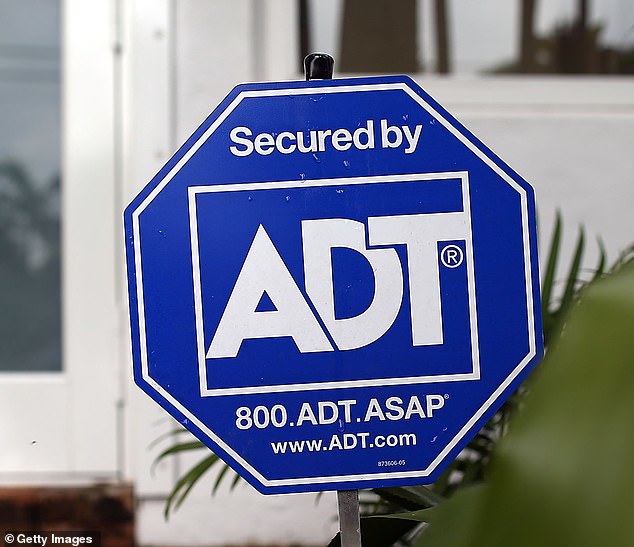 Aviles was able to access accounts by ‘routinely adding his personal email address to customers’ ‘ADT Pulse’ accounts’, authorities say. He would then have ‘real-time access to the video feeds from their homes’

He would then have ‘real-time access to the video feeds from their homes’.

Aviles is said to have told customers ‘he needed to add himself temporarily in order to ‘test’ the system; in other instances, he added himself without their knowledge’, officials say.

In a statement the U.S. Attorney’s Office for the Northern District of Texas said: ‘Mr. Aviles took note of which homes had attractive women, then repeatedly logged into these customers’ accounts in order to view their footage for sexual gratification, he admits.

‘Plea papers indicate he watched numerous videos of naked women and couples engaging in sexual activity inside their homes.’

In May last year it was reported that ADT was being sued by customers who were affected by Aviles’ crimes.

Amy Johnson told Inside Edition in September last year: ‘It’s just the ultimate invasion of privacy. It’s very scary to realize that someone has access and was watching us for such a long time and so many times in our main living room.’

Her husband Richard added: ‘You start to think, why was this guy tuning into our living area over 300 times? What is it that he was seeing? Was it the kids, was it Amy?

‘You just assume that ADT would have had a stronger security system to prevent something like that from occurring.’ 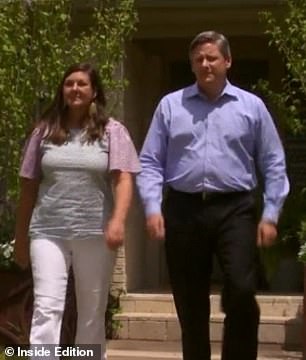 Alleged victims Shana Doty, left, and Amy and Richard Johnson, right. In May last year it was reported that ADT was being sued by customers who were affected by Aviles’ crimes

FBI Dallas Special Agent in Charge Matthew J. DeSarno said: ‘The defendant used his position of employment to illegally breach the privacy of numerous people. The FBI works with our law enforcement partners to thoroughly investigate all cyber intrusions and hold criminals accountable for their actions.

‘Cyber intrusions do not only affect businesses, but also members of the public. We encourage everyone to practice cyber hygiene with all their connected devices by reviewing authorized users and routinely changing passwords.

‘If you become the victim of a cybercrime, please contact the FBI through ic3.gov or 1-800-CALL FBI.’

ADT said in a statement last year: ‘The company has been actively assisting law enforcement, including the FBI, in their investigation to help bring justice to Aviles’ victims.

‘We understand that this incident jeopardizes that trust and is entirely unacceptable. We will make extraordinary efforts to earn back that trust.’

Almost half of Britons drinking more due to Covid, survey finds

WP has won a battle, but they’ve got a long war ahead

Thousands of jobs at stake in $90 billion submarine project