The Geelong Cats star and former Brownlow winner went for a unique fashion statement for AFL’s night of nights this year on the Gold Coast on Sunday night.

Joined by wife Mardi who wore a stunning fuchsia gown, Dangerfield ditched the traditional black tuxedo and tie to stand out from the crowd in his three-piece beige suit, striped open-neck shirt and dark brown loafers. 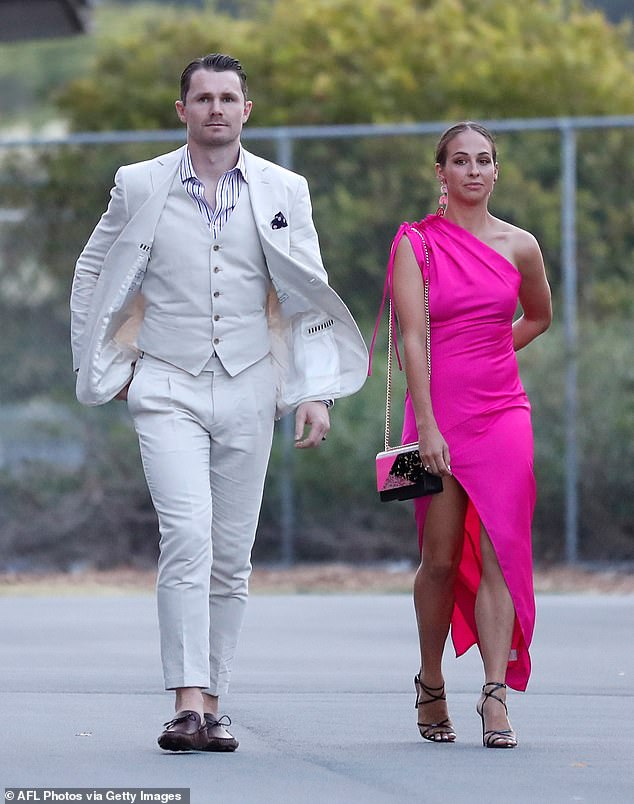 Patrick Dangerfield, pictured with wife Mardi went for a unique look at this year’s Brownlows

‘Danger is either going to field 80 overs at square leg or he’s about to tame a few lions at the circus. What the hell is that outfit,’ Swan wrote.

The tweet prompted fans to join in the fun.

‘Looks like something you’d go and get measured up for after 27 bintangs by the pool in Bali,’ one commented.

Another added: ‘Are they his pyjamas. He was asleep on the day bed halfway through the count.’

One woman joked he was getting ready for next week’s Mad Monday celebrations.

Dangerfield wasn’t the only one to cop a sledging from Swan.

The Channel Seven coverage did a throwback segment to when Swan won the Brown in 2011, when host Bruce McAvaney took an eternity to let go of his handshake.

‘Just a heads up. It’s been nine years but I can confirm Bruce has finally let go of my hand,” Swan wrote. 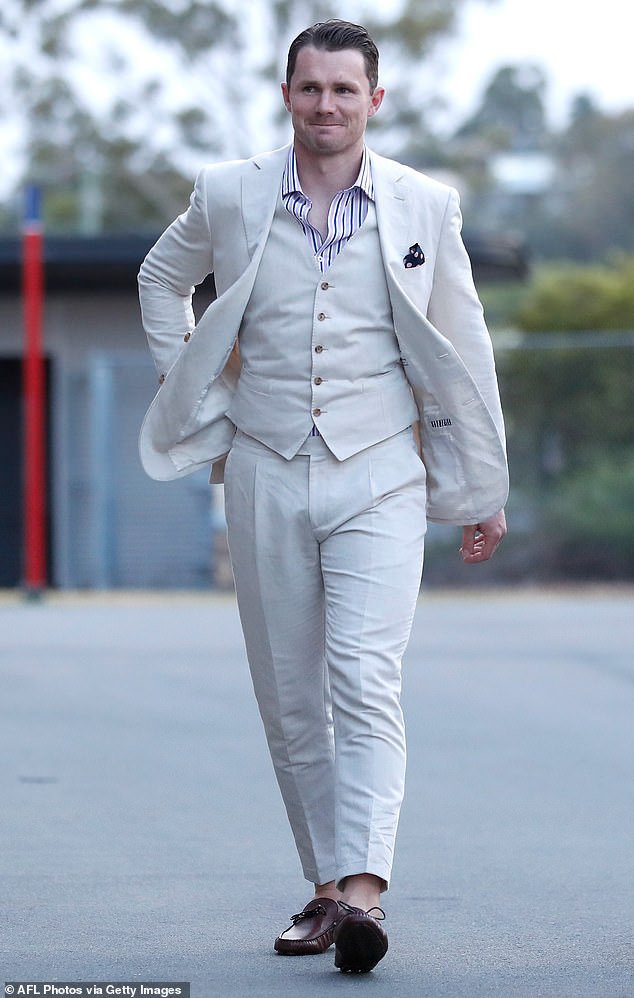 He also took a potshot at the Adelaide Crows’ gathering.

‘The Crows table looks like a table of blokes who only know each other because all their girlfriends are friends,’ Swan tweeted.

Dangerfield hopes to win his first premiership when Geelong take on the Richmond Tigers in Saturday night’s AFL grand final at the Gabba in Brisbane.

Coronavirus in Scotland: Quarantine rules lifted for travel to Spain