An Airbnb host claims a woman who was renting his holiday house has now turned into a squatter who has erected a flagpole and hoarded furniture.

Chris rented his property at Fishermans Bay near Newcastle, north of Sydney, through Airbnb to Robyn and her boyfriend, who quickly took a likening to the coastal home.

‘She decided she really liked the place so she asked if she could do a longer stay so I said “Yes that’s alright”,’ Chris told A Current Affair.

But relations between Robyn and Chris soured after he claimed he started receiving complaints from neighbours.

‘She started doing things like hoarding furniture around the house. I knew she was smoking inside and I was getting lots of complaints from neighbours too,’ Chris claimed. 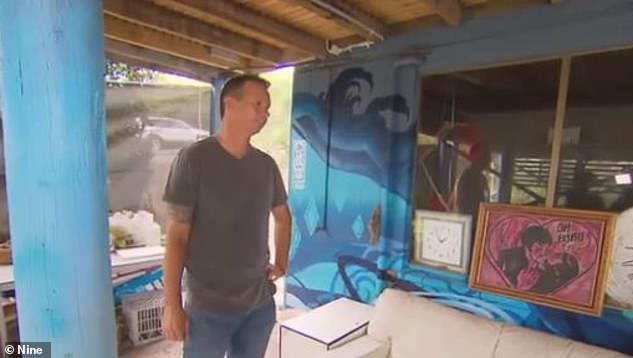 ‘They were lighting fires in the backyard to cook their food and planting trees in strange areas like the park next door.’

Robyn denies ever smoking inside the house and the other claims made by Chris.

She also mounted a flagpole in the front yard and put up various flags around the property.

‘I thought it was pretty strange so asked them about it and asked them to take it down and they said there is no specific rules that say I cannot mount a flagpole in the front yard,’ Chris said. 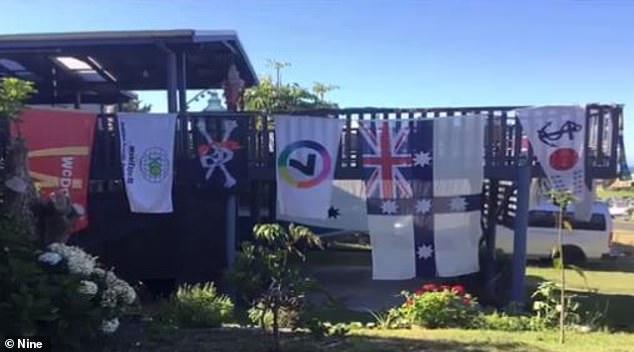 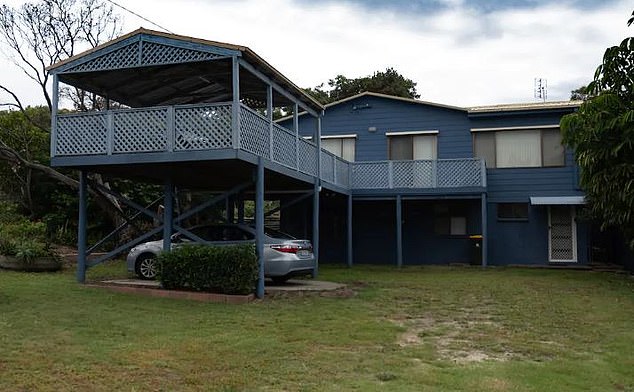 Robyn has now resorted to hiring a security guard to keep watch over the home after being served notice by Chris to vacate the property.

When Chris turned up to the home while A Current Affair were filming, the security guard told him ‘Sorry you’re not legally allowed to stay here’.

In response, Chris claimed: ‘It’s my property and she is squatting’.

Robyn said she has ‘rental pay going forward’ but Chris claims she is now in arrears and wants her to leave the property.

He has now engaged a solicitor to evict Robyn from the home.

‘Tripadvisor Plus’ launches, with users able to access ‘insider savings’ and perks for $99 fee

Pfizer CEO FINALLY gets first dose of his own medicine

Leasehold revolution! Rip-off charges that trap families in unsaleable homes are to be banished

Police will begin scaling back fencing surrounding the Capitol this week