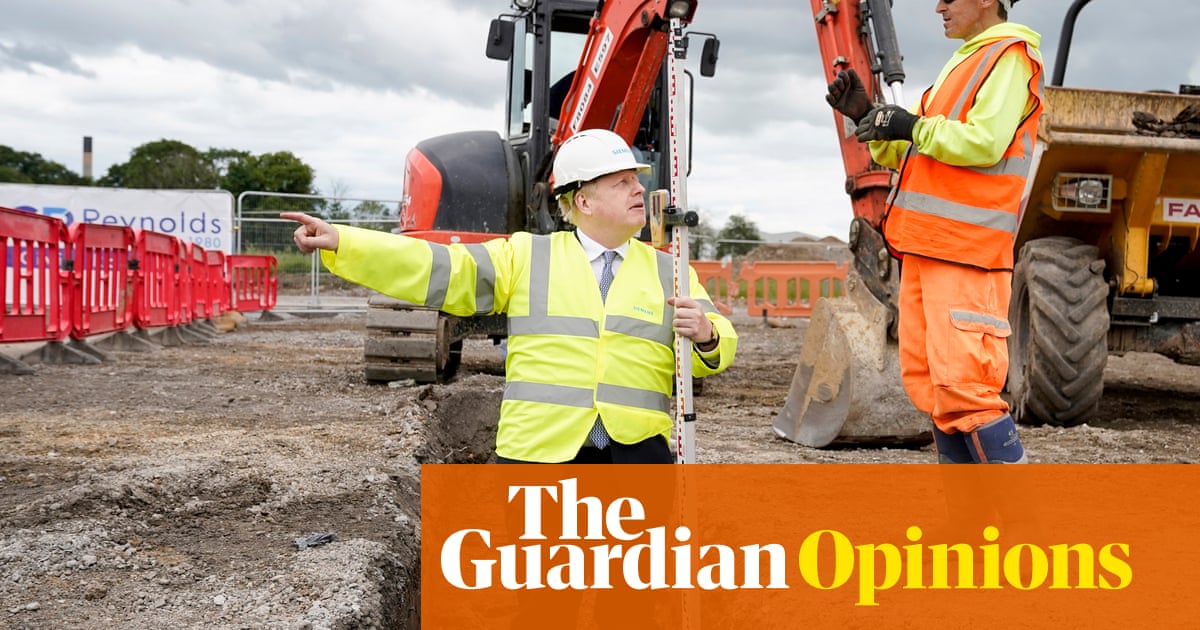 Deal or no deal, the last round of Brexit negotiations begins tomorrow. In a fortnight, European Union leaders meet to decide on the outcome. The mood music, some claimed last week, had improved. Others say everything still hangs perilously in the balance. The words of David Frost, the UK negotiator, are, well, frosty: while a deal is still “very much possible”, he calls icily for the EU to “scale back” its “unrealistic ambitions” on the old battlegrounds – fishing and state aid. That’s hardly emollient.

Here’s the important point: there’s not so much practical difference between no deal and the rotten bare-bones deal left on the table. Boris Johnson would, of course proclaim an “incredible, fantastic, world-beating” victory if he achieved the latter – but don’t let him get away with it, as the brutal reality hits home on 1 January.

Some report No 10 is at last panicking at the compound economic fracture of Brexit multiplied by a second wave of coronavirus. Michael Gove, in Brussels at the EU joint committee today, has at last looked into the abyss and is reportedly “terrified” – far, far too late. “Boris very much wants a deal, but not at any price,” a Whitehall official is said to have told the FT. What does that mean? Does even he know? Only the other day he said no deal would be “a good outcome”, as he threw his treaty-breaking hand grenade into EU talks.

It’s dawning on business that any deal now will only be damage limitation. Gove has admitted that, deal or no deal, January will see traffic jams at ports, delays to supply chains and some 7,000 lorries needing passports to enter Kent.

Nigel Baker, the managing director of Calico Cottage, a chocolate maker with two factories in Cambridgeshire, challenges his local Tory MP, Stephen Barclay, to at least engage with manufacturers’ problems, but is infuriated by replies that only talk about Brexit politics. This week he must fix his prices for clients’ Easter orders, but how does he price them without knowing if tariffs will be added to his EU sales? And he can’t guess what he’ll be paying on raw materials coming in.

Baker wrote to Barclay, who is also the Treasury secretary: “Westminster has the luxury of time to play politics, but sadly manufacturing needs to know their costs well in advance. Come in and price my Easter/Spring range which we need to do now, not after Boris has struck a deal of some sorts – get it wrong and jobs go.” He was indignant at Barclay’s glib reply: “I appreciate Brexit is an issue which generates strong views on both sides but delivering on the result of the general election is not playing political games but about respecting our electoral process.” Baker says of manufacturers: “We’re just collateral damage.”

But as the independent research organisation UK in a Changing Europe spells out, a deal now may eliminate tariffs and quotas, but still means disruption and loss on a gargantuan scale. “Brexit will do two to three times the damage of Covid,” says Anand Menon, its director, quoting LSE data. A deal still adds £15bn to the cost of customs, HMRC warns.

Mountainous paperwork for every import and export eclipses any red-tape saving promised by Brexiteers. Travelling the EU will require an international driving licence and/or a green card work permit, and the loss of the European health insurance card (EHIC) will make insurance costly for the old and sick. George Eustice, the agriculture minister, told the Commons last week that five times more certificates would be needed for every animal product, despite a critical shortage of vets. There will be scant exchange of data, and no financial services equivalence.

UK negotiators claim they only want a “Canada” deal, yet they seek bonuses such as mutual recognition of qualifications (from lorry drivers to architects) far beyond Canada’s free-trade remit: the EU rejects such cherry-picking from the single market we left. It’s far too late.

Yet, despite all that, here’s why striking a deal matters monumentally for Britain’s future. A no-deal breakdown will spark acrimony, blame and enmity with all 27 neighbours, souring Nato and climate-crisis relations. Imagine how Brexiteer newspapers will fan Europhobic flames. Even a thin, puny deal holds the door ajar for improvement by a wiser government.

If that’s what we get, don’t let Johnson disguise it as a stunning win. Cynics see Labour’s opportunity in a cataclysmic no-deal breakage, but the Starmer frontbench is too serious to desire wanton destruction.

Bad deal or no deal, Tories in business like Nigel Baker may never forgive their old party. “I have no political home now,” he says. Could he make the cultural leap to Labour? “Yes, I could.” Brexit has changed the political landscape, and that long reckoning is still to come.

• Polly Toynbee is a Guardian columnist

Robert Pattinson Reveals One Thing Batman Has In Common With Twilight

Belgium and Bahamas arrivals in UK must quarantine

Daniel Andrews is accused of LYING about hotel quarantine

What Is a Health Insurance Guaranty Association? – Verywell Health