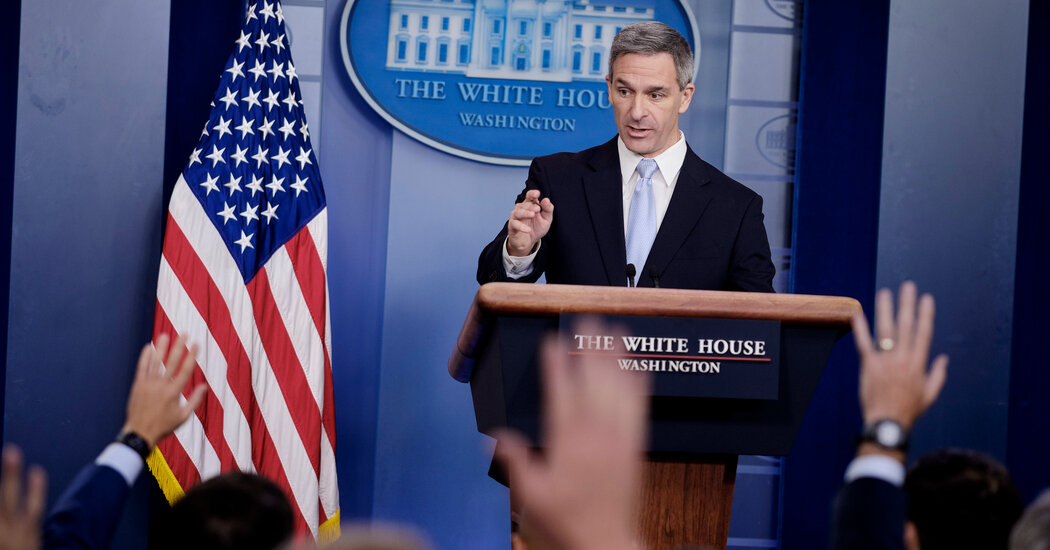 WASHINGTON — A federal appeals court on Tuesday blocked the Trump administration’s efforts to deny permanent residency to legal immigrants who make even limited use of public benefits like Medicaid, food stamps or housing vouchers, but restricted the injunction to New York, Connecticut and Vermont.

The 114-page ruling by the U.S. Court of Appeals for the Second Circuit affirmed a decision last week by Judge George B. Daniels of the U.S. District Court in Manhattan, who said the wealth test could discourage residents from seeking medical care during the coronavirus pandemic. The so-called public charge rule that was introduced last year expanded the number of federal support programs whose enrollment would disqualify applicants from green cards.

Immigration groups have argued that the rule, even before it took effect, had discouraged immigrants in the country legally from seeking medical treatment or financial support.

In the past, only substantial and sustained monetary help or long-term institutionalization counted against immigrants applying for green cards, and fewer than 1 percent of applicants were disqualified on public-charge grounds.

Department of Homeland Security officials have criticized the issuance of nationwide injunctions by district judges, and the three-judge panel of the appeals court indicated it shared the concern that the lower court’s nationwide block would be “imposing its view of the law within the geographic jurisdiction of courts that have reached contrary conclusions.”

The judges also noted that the rule had been the subject of multiple legal challenges, including one that has reached the Supreme Court. The court ruled in January that the Trump administration could move forward with the rule as the court system heard substantive arguments for and against it. At that time, Justices Neil M. Gorsuch and Clarence Thomas issued a concurring opinion saying that such nationwide blocks caused “chaos for litigants, the government, courts and all those affected by these conflicting decisions.”

The states covered by the new injunction are within the federal appeals court’s jurisdiction.

“We see no need for a broader injunction at this point, particularly in light of the somewhat unusual posture of this case, namely that the preliminary injunction has already been stayed by the Supreme Court,” wrote Judge Gerard E. Lynch, who was appointed by President Barack Obama.

The plaintiffs in one of the two lawsuits considered by the court included New York City, Connecticut and Vermont. Immigrant rights groups brought the second case.

The Department of Homeland Security did not immediately respond to requests for comment.

Department officials have argued that the wealth test would prevent the admission of immigrants who would not be able to support themselves in the United States. After announcing the policy, Kenneth T. Cuccinelli, the department’s acting deputy secretary and a defendant in the case, promoted the rule by revising the iconic sonnet on the Statue of Liberty by saying the United States would welcome those “who can stand on their own two feet.”

He added that the verses, written by Emma Lazarus, referred to “people coming from Europe where they had class-based societies.”

In his ruling, Judge Lynch challenged the argument from homeland security officials.

“D.H.S. goes too far in assuming that all those who participate in noncash benefits programs would be otherwise unable to meet their needs and that they can thus be categorically considered ‘public charged,’” Judge Lynch wrote.

‘They’re dying … it is what it is’: key takeaways from Trump’s shocking interview