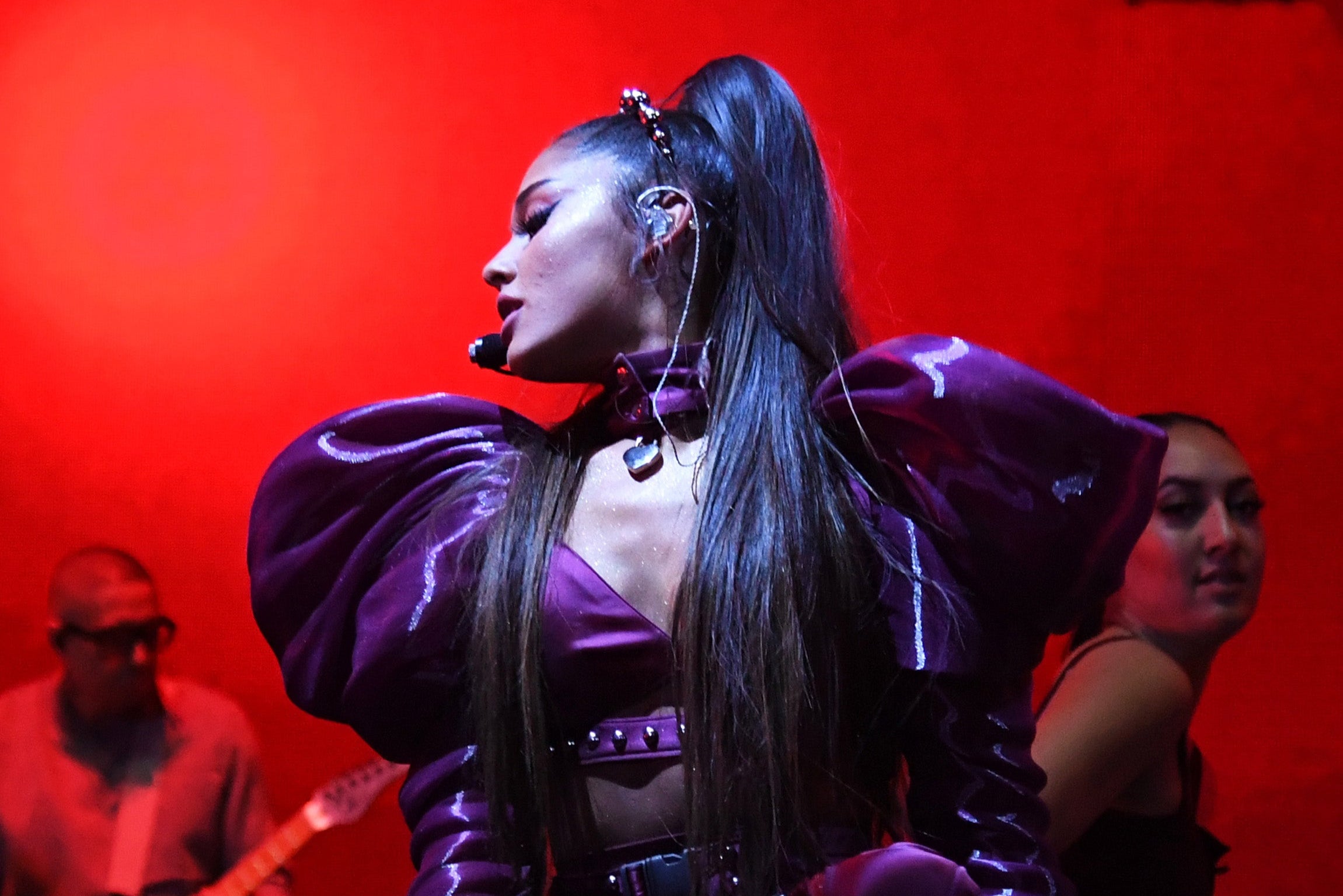 Review at a glance

n her 2018 single, Thank U, Next, Ariana Grande’s past boyfriends were given a line each. The new one, high end LA estate agent Dalton Gomez, gets this entire album to himself. Positions is a loved-up wallow in every aspect of a newish serious relationship, from relaxed domesticity to worries about whether this one can really last, to extraordinary quantities of sex.

Grande’s voice is a thing of great beauty, swooping and fluttering above a plush musical backdrop that’s dominated by violins and cellos this time. On Shut Up, a rare song that’s about her critics rather than her fella, she makes the insult of the title about nine syllables long and truly lovely. When Doja Cat rumbles in for a croaky rap in the middle of the dancey Motive, it emphasises how lightly Grande’s vocals float.

It’s often said that such a talent could sing the phone book and make it sound beautiful. Grande gives it a good go, rarely attempting to explore her situation in poetic terms. Over the sparkling synths and subterranean bass of Just Like Magic, she reveals: “Twelve o’clock, I got a team meeting, then a meditation at like 1:30/Then I ride to the studio listening to some shit I wrote.” Do go on, Ariana. The jazzy My Hair does not use her iconic ponytail as a metaphor for something. It’s just about the boyf being permitted to touch it. What great mystery of life is she hinting at by calling a song 34+35? “Means I wanna 69 wit’ you,” she explains as the song fades.

Grande is still just 27, on her sixth album, and has lived more than someone double her age – teenage TV stardom, a broken engagement from comedian Pete Davidson, the death of her rapper ex-boyfriend Mac Miller, and somehow coping with the bombing of her Manchester Arena concert in 2017, which killed 22. It’s heartwarming that she has found happiness in her personal life after all that and wants to sing about it in the simplest terms. “If I put it quite plainly, just give me them babies,” she announces on 34+35.

However, it means that musically she isn’t firing as hard as she was when she released her last two albums, Sweetener and Thank U, Next, just six months apart. Full of songs less than three minutes long, Positions is over quickly. Sounds like she has more important things to do.

Coronavirus: Hospital admissions have ‘one in four chance of dying’ in Wolverhampton