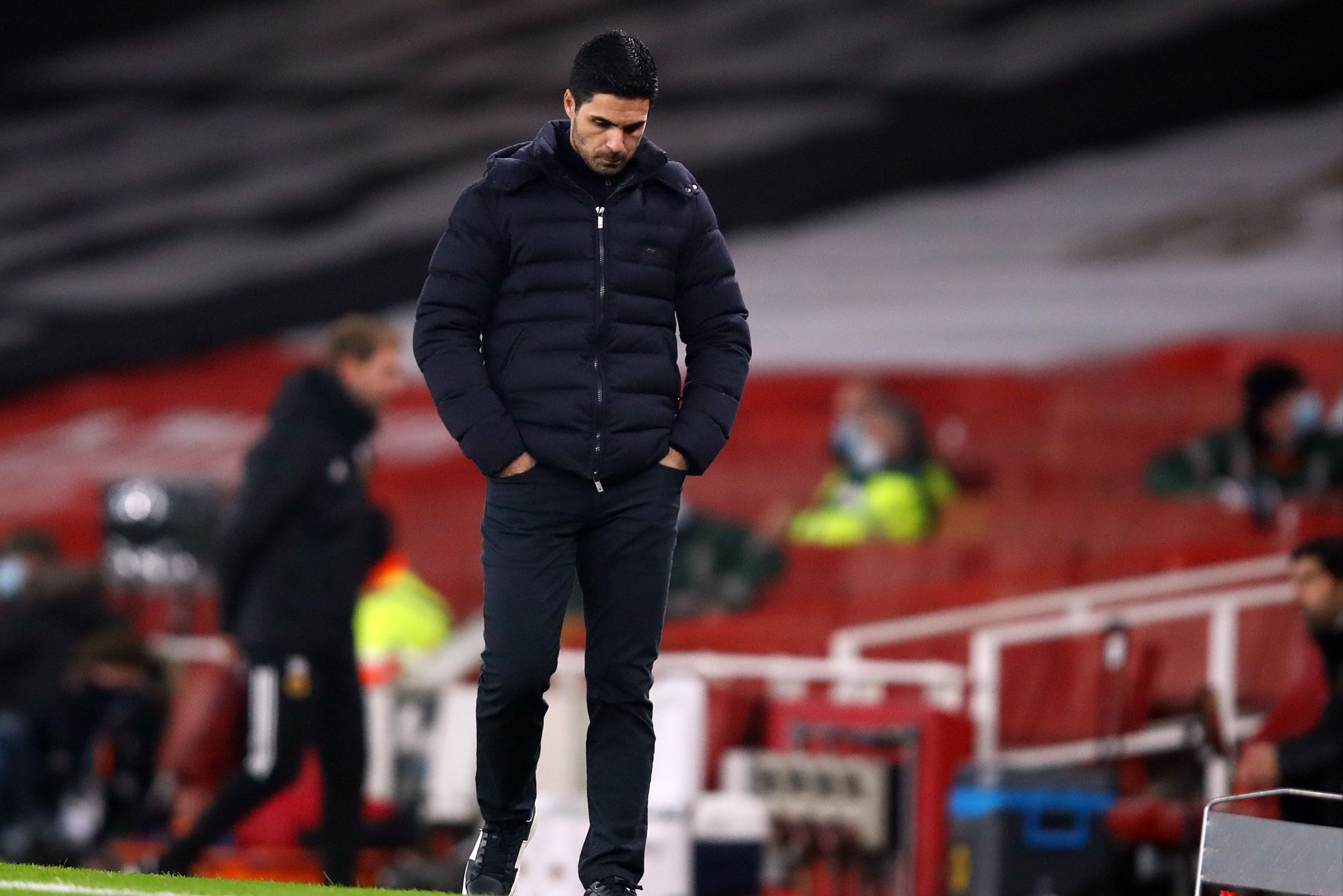 This was another painful night for Mikel Arteta and the loss now means the Gunners have their lowest ever points tally after 10 Premier League games. The previous worst was 14, set back in 1992 and 1995 – but this tally of 13 eclipses that.

It is a damning statistic and one that underlines how poor Arsenal’s start to the season has been. Yes, they have had some horrible away trips – including Liverpool and Manchester City – but their home form is a real worry.

Leicester City came here and beat them, Aston Villa tore them apart, and now Wolves have won here for the first time in the league since 1979.

The visitors were naturally jubilant at the full-time whistle, punching the air and high-fiving each other after claiming what was a deserved victory.

Wolves were the better side and their attacking threat only emphasised the lack of potency from Arsenal. Daniel Podence was a terror all night, buzzing around like a wasp at a picnic, while Pedro Neto was equally electric and he deserved his opening goal as he pounced on Leander Dendoncker’s header off the bar.

The Gunners equalised after that, with Gabriel heading in Willian’s cross, but they were soon behind again. This time there was a hint of fortune about Wolves’ goal as Podence pounced on the ball after Bernd Leno spilled Neto’s shot.

Arsenal couldn’t get back into the game after that and they rarely troubled Rui Patricio in the Wolves goal, who had a much easier night then he could have imagined.

Calls for concussion substitutes will grow after Jimenez and Luiz clash

Given the revelations we have recently learned about the prevalence of dementia in football, the calls for concussion substitutes are growing – and they will only continue to do so after this match.

After 10 minutes, Jimenez was carried off on a stretcher and he needed oxygen too. He was taken to hospital immediately. As for Luiz, the Brazilian somehow got to his feet and had a bandaged wrapped around his head as he came back on.

The centre-back carried on playing for the rest of the first-half, and Arsenal insist they followed all medical protocols with Luiz, however surely going forward there needs to be a concussion substitute for such a situation?

The International Football Association Board, the game’s lawmakers, have met several times this year to discuss the concept and it seems a goer. There is even talk they could be trialled next year during the Third Round of the FA Cup. On this evidence, they couldn’t come soon enough.

By the time Gabriel’s header had hit the back of the net here, it had been over eight hours since Arsenal had scored from open play in the Premier League. They have ended that unwanted record, however their problems in attack are far from solved.

Once again, the Gunners just didn’t look like a threat going forward. They were flat and lacking creativity, with Pierre-Emerick Aubameyang starved of service and feeding off scraps. He was the talisman last season, but now he is a bystander.

Arteta must find answers – and fast too. Next up is Tottenham, and Jose Mourinho, on Sunday.

Britons may be able to go on foreign holiday at Christmas, Grant Shapps suggests

Watford boost as Troy Deeney could return before international break

Empty football stadiums have made players, and coaches more polite