The ball found the net at 67 minutes and 56 seconds. At 70 minutes and 45 seconds, Chelsea were allowed to celebrate. They had scored an away goal: in a neutral stadium.

That’s modern football for you; but nobody on the flight back to London from Bucharest would have been complaining. Justice was done. The better, the more ambitious team, were victorious. Dour, dogged Atletico Madrid lost. Now Chelsea have a vital advantage going into the second leg. They will need it, too. Mason Mount and Jorginho will be missing, suspended, and Atletico Madrid are dangerous when wounded.

Yet this was a huge win, for Chelsea and their manager Thomas Tuchel. For match-winner Olivier Giroud, too. He was Tuchel’s first-choice as striker but hasn’t kept the position. He might, after this. His hold-up play was excellent and his goal – well, it was a beauty. The sort of goal that very much deserved to win a nip and tuck encounter like this. It was a moment of sheer class in what was otherwise, a cussed, niggly affair. 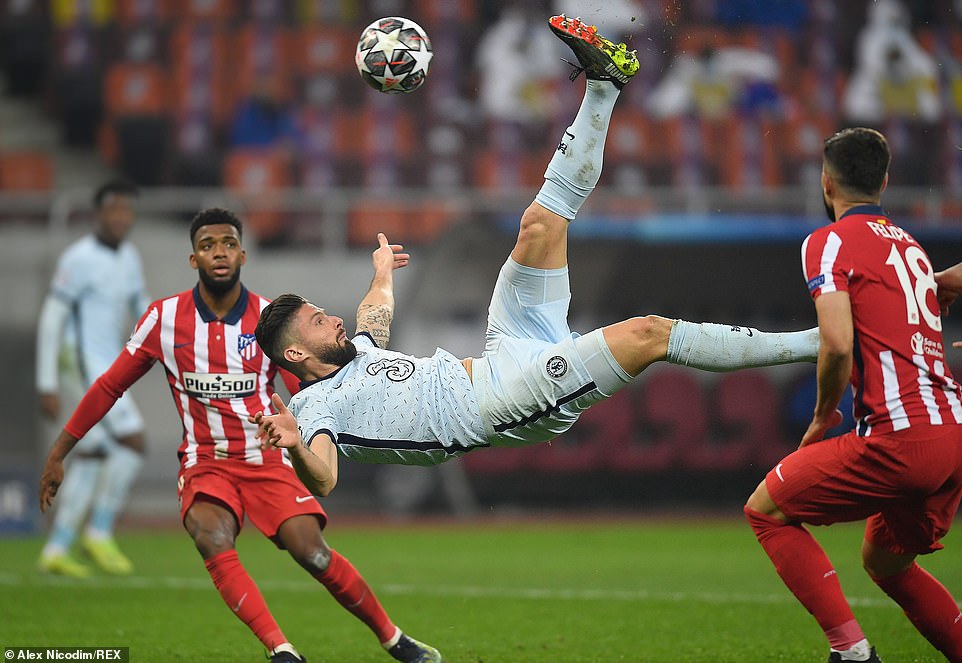 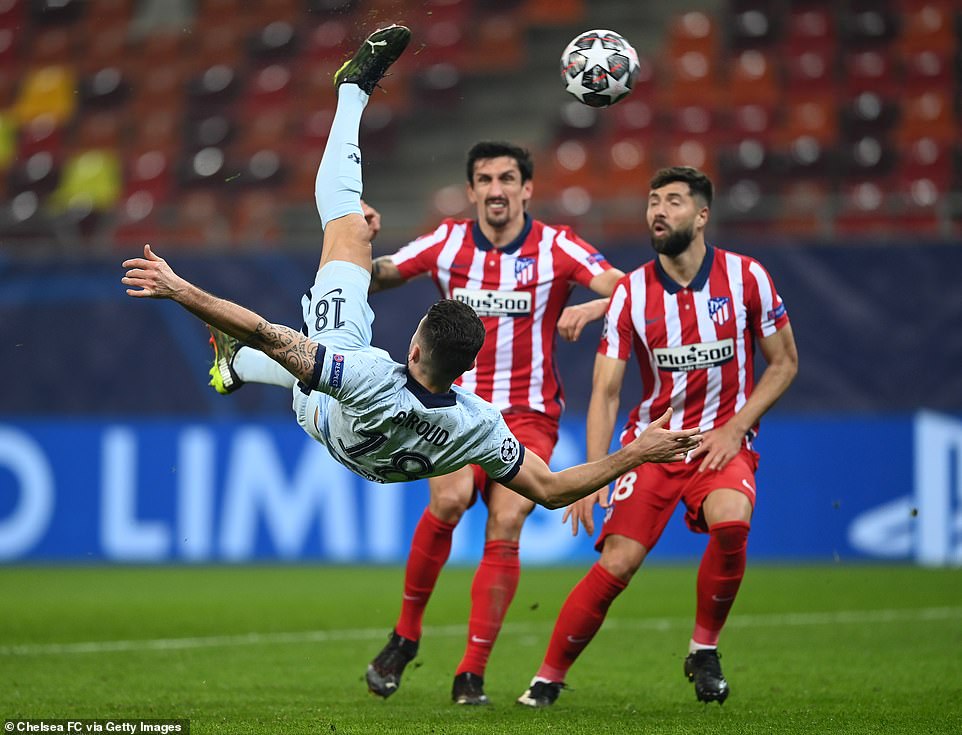 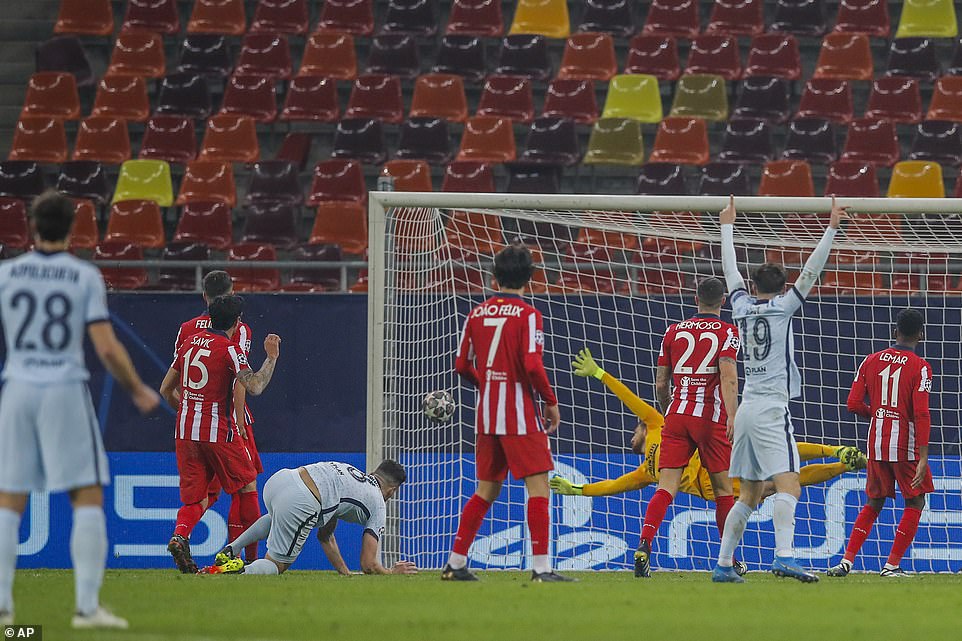 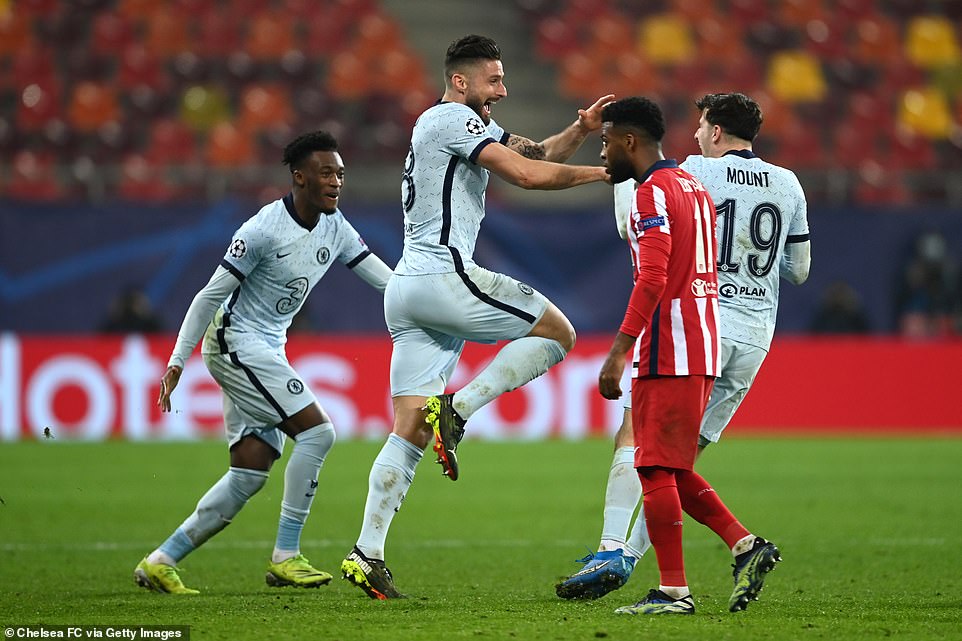 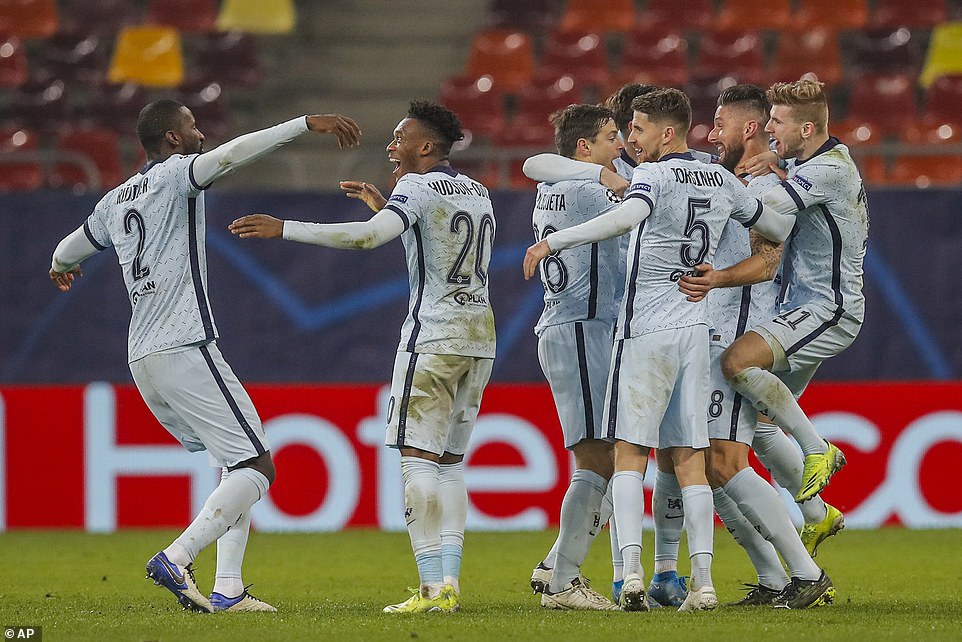 So why the confusion. It was a cross from Marcos Alonso that caused Madrid to crack. Mount was in there, hassling, and it unsettled defender Mario Hermoso. The ball spun off to Giroud, who buried it with a beautiful overhead kick. Atletico’s Joao Felix had tried one earlier, but without success.

Alas, a linesman’s flag was up. Chelsea despaired. But VAR makes checks without bidding these days. So referee Felix Brych paused the restart while his colleague Marco Fritz had a look. And a look. And another look. Close to three minutes passed. Various players, mostly in stripes, tried to apply some local pressure. Brych merely stepped out of earshot. Eventually, news came. Hermoso’s intervention had been judged a deliberate attempt to play the ball – which it was. He had therefore played Giroud onside. The goal was awarded.

Chelsea celebrated as a team, and VAR be damned. They celebrated as if the goal had been scored three seconds, not three minutes, ago. And Madrid? They reverted rather swiftly to tetchy type. Well, one of them did. What would cause Antonio Rudiger to react so furiously to a clash with Luis Suarez? Ah, it was that sneaky pinch on his inner thigh, caught on camera in the replays. Suraez was later booked for a foul on Andreas Christensen. He won’t be banned from the second leg, though. Atletico’s threat remains.

Still, after a very shaky start, this was a strong performance from Chelsea. They saw a lot of the ball and could have grown frustrated with Madrid’s massed ranks, but they held firm to beat a team that has dominated La Liga this season. Sure, there is much work to do. But they have shown Atletico can be beaten, even at their own game. Very impressive stuff.

Scroll down to see how it all unfolded with Sportsmail’s live runner.

Serie A: Arrigo Sacchi, godfather of Italian football, casts his eye over the title race