A mountain biker has seen an elusive large black cat behind a fallen tree – while people have reported similar incidents in the area since the 1970s.

Mark Orr, 25, was lifting his bike over a tree on the Perseverance trail in Hanmer Springs, on New Zealand‘s South Island, on Sunday.

The osteopath claims that is when he saw the big cat stood 50m away from him. 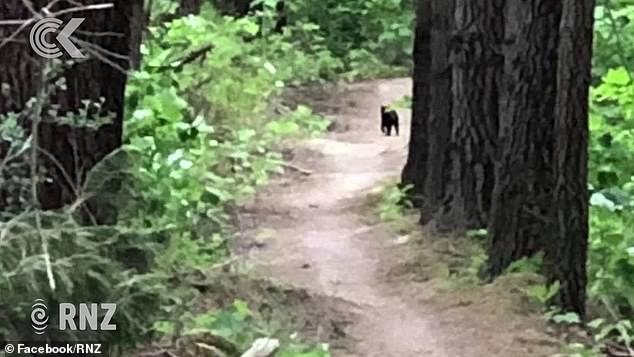 Mark Orr, 25, was lifting his bike over a tree on the Perseverance trail in Hanmer Springs, on New Zealand’s South Island, on Sunday when he saw a large cat

‘It was a cat and at knee height and much stockier than a regular cat.’

Mr Orr called the sighting ‘a little strange’ and the cat walked along the 780m trail like it ‘owned it’.

‘We only moved to New Zealand in January. We’re from Australia, so my first thought was, I didn’t know there was panthers in New Zealand. And I just thought it must have been a more common thing,’ Mr Orr told Radio NZ.

‘Then after we started Googling it, and realised it was a bit more rare than we first thought.

‘I messaged one of our mates who lives here and told him and he said, “You got to send that through to someone, because it’s pretty big what you found”.’

He said he tried to follow it but had no luck. 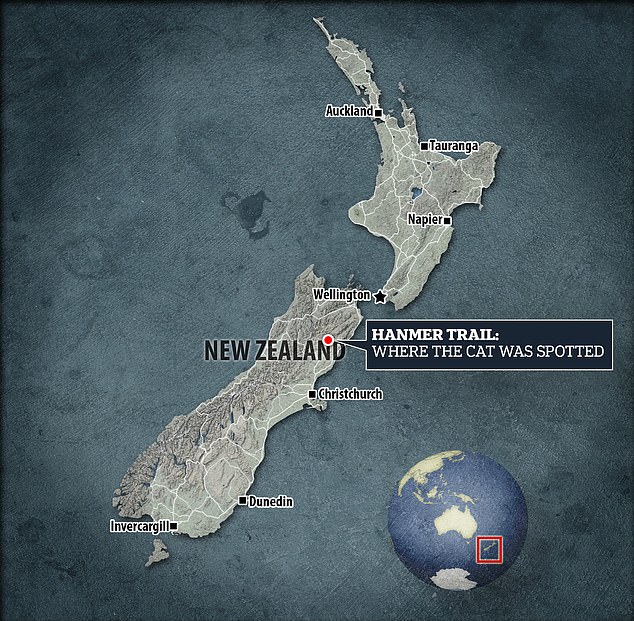 The Australian’s sighting comes after two other big cats were spotted in Canterbury – with hunter Jesse Feary shooting one of them.

He said the feral cat weighed 11 kilograms and was 1.05m when stretched out.

Mr Feary believes it was the child of a larger cat he saw days earlier, which he said is twice the size of the one he shot.

Resident Frances Clark reported seeing a tiger in 1977 and her claims were vindicated when a large paw print at a nearby beach.

Two decades large cat the size of a labrador was spotted at a biking trail in Twizel, and two years later, in 1998, a creature resembling a mountain lion was also seen.

3 Spanish audiobooks to sell as an expert

Stocks rise, but are off their highs after Pelosi rejects idea of smaller airline aid package

Wuhan: One year after lockdown, the city is back to normal as the rest of the world battles Covid

The Pulse: JT Kostman on COVID as a Catalyst