The brutal world of school gate ‘bullying’ has been revealed in a series of posts on social media – but it’s not children who are at fault.

Australian women claim they have been stalked, ‘terrorised’ and even sexually harassed by fellow mothers in a thread on the Facebook page, Stay At Home Mum.

An anonymous post asking for stories about falling out with other parents has received more than 100 responses since it was uploaded on Monday, drawing shocking revelations from drug abuse to disgusting comments about children’s disabilities.

One woman said she lost a friend of 15 years after she called her baby daughter who was born with Down Syndrome an appalling slur. 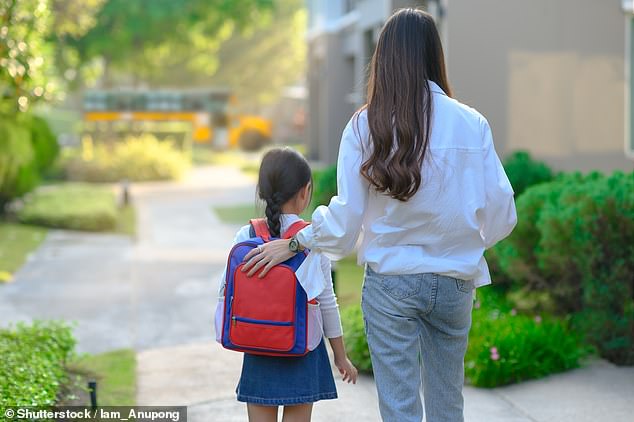 Australian women claim they have been stalked, harassed and ‘terrorised’ by fellow mothers at the school gate (stock image)

Another said she was caught completely off guard when the mother of one of her children’s friends drunkenly kissed and groped her on a night out. They haven’t spoken since.

A third said she fell out with a longtime pal when she went back to her abusive partner after living rent-free in her spare room for months.

A fourth said one of her mum friends simply stopped making the effort to spend time with her so she did too.

Substance abuse was another issue, with one mum saying she lost touch with a ‘flaky’ friend when she discovered she was using drugs.

Another said she was ‘stalked and terrorised’ but did not elaborate on the incident.

One woman said she never bothered to forge relationships with other parents in the first place.

‘I don’t make friends with school mums, I always look down and walk like they don’t exist,’ she wrote.

‘I’m not a snob I just don’t like gossip and competitive people to add more stress and pressure to my life.’

Dozens agreed, with one saying: ‘Same, me and school mums are like water in oil – don’t mix.’

‘Solo mum here, ain’t nobody got time for that,’ added another.

Many said they find school mums ‘judgmental’ and ‘cliquey’ and keep to themselves to avoid drama.

Have you fallen out with a school mum? Email FemailAU@mailonline.com

Cramer urges caution on GameStop, says there are ‘easier ways to make money’

TODAY IN HISTORY: The diamond so expensive that no-one buys it

Hear Me Out: Why Adam Wingard’s Face/Off Sequel Could Totally Work