A wife who has been with her husband for 25 years has revealed the downside of marrying her first love – and it’s not what you might expect.

In an anonymous blog post for 9Honey, the 41-year-old Australian woman said she met her spouse when she was 16 before tying the knot two years later.

While her husband is caring, respectful and a ‘loving’ father to their three children, she feels he still treats her like the teenager she was when they met, stifling her independence by being overly protective.

She said his overbearing approach means she has never had any money of her own – it always comes from his account. 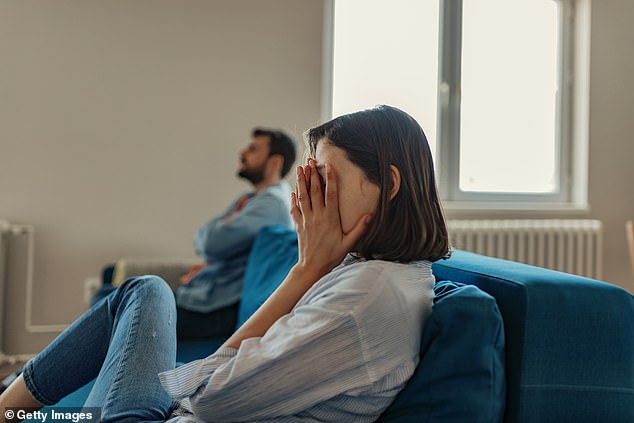 Do you think the woman has a right to be annoyed?

‘If I want to buy something, I have to ask his permission,’ she wrote.

The woman said she ‘earns good money’ which goes directly into her husband’s account, adding she has never had her own nor any bills in her name.

Although he rarely vetoes a purchase, she said she would prefer to have control of her own finances to buy something spontaneously for the house or kids without checking with him first.

One of the woman’s friends told her the situation is ‘financial abuse’, but she disputes this claim.

She said she has never stood up to him or shared her desire to take control of her own money.

‘I realise it’s a “first world problem”, but there are times I’ll be at the shopping centre and I might see a pair of shoes I’d love,’ she said.

‘I’d like to be able to make a decision about them myself.’

The woman said she plans to confront her husband about the situation and demand he ‘let go of some of his control’ to allow her greater financial freedom.

Who is Jen Psaki? Biden’s Press Secretary Pledges to Bring Transparency Back

Girl, 13, found dead and 12-year-old in critical condition after being kidnapped by uncle in Arizona