Corner shops are enjoying a spending boom as soaring numbers of Brits popped to the shops to stock up on supplies for a ‘big night in’, research shows.

The convenience stores have become the nation’s cornerstone with the average spend in smaller stores rising 11% on last year to £8.14.

Essentials like milk and bread are still the top items in the shopping baskets for those popping to the corner shops, but beer, ice cubes and snacks are also flying off the shelves.

Research shows the rise was down to Brits shopping locally and suggests consumers prefer to buy their groceries close to home rather than travelling to larger supermarkets.

The home improvement trend and the extra time spent at home with the kids also prompted a drive in sales.

Shoppers stayed loyal to local convenience stores even when the lifting of lockdown restrictions gave them the freedom to shop in supermarkets and High Streets, the research found. 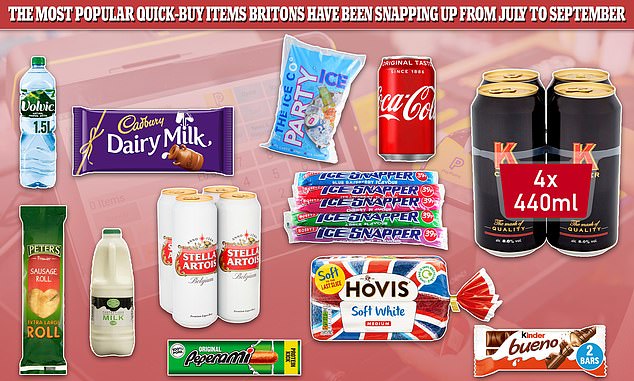 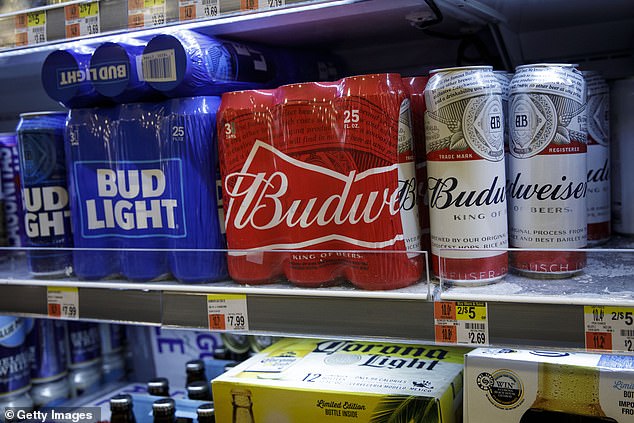 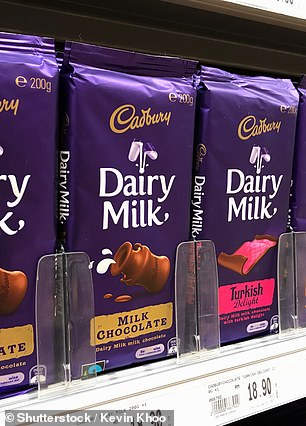 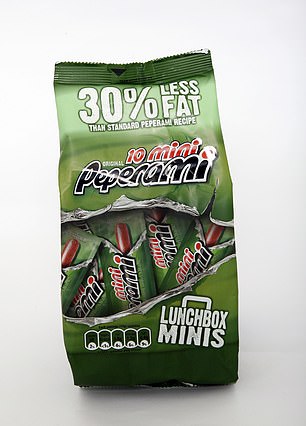 Shoppers are buying snacks for ‘big nights in’ with Dairy Milk chocolate bars (left) and Peperami meat snacks flying off the shelves, pushing the overall average basket spend to £7.32 – an 11% spike on the same period last year 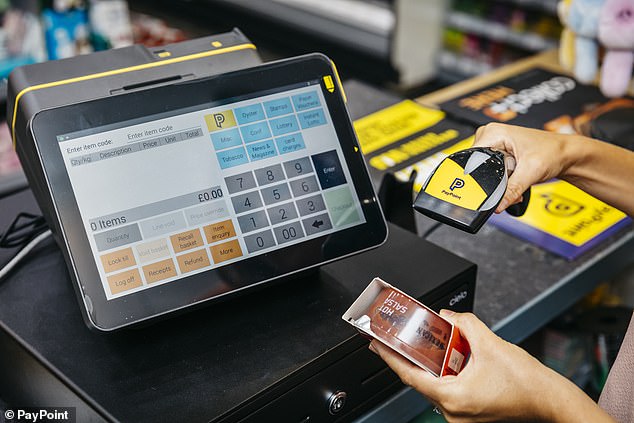 The research comes from PayPoint, which helps convenience stores keep on top of stock (file photo)

The average spend in convenience outlets rose to £8.14 in the three months from July to September – an increase of 10per cent on the previous quarter and 11% up on the same months the previous year.

The figures from PayPoint suggest that people who were forced to use local convenience stores when the national lockdown was introduced in the middle of March kept using these outlets as restrictions were eased during the summer months. 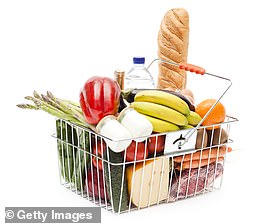 Shoppers typically visit convenience stores to buy essentials items, but consumer habits have been driven by the ‘big night in’, according to the new research.

This sparked a 20% rise in beer purchases across the quarter as more consumers entertained at home.

Between July and September, this is what filled a typical shopping basket:

Chief executive of PayPoint, Nick Wiles, told MailOnline: ‘There’s no better place than your local convenience store to stock up for a night in.

‘The pandemic has changed our shopping habits, whether that’s reflected in people being less comfortable buying loose produce or being more inclined to shop locally.’

Mr Wiles said he believes the trend of shopping local is set to continue as the nation faces a second wave of the pandemic.

He added: ‘The nation rediscovered its appreciation for local convenience stores during lockdown and it’s wonderful to see the trend continuing through the summer months.

‘Consumer habits, once formed, often stick and we anticipate that this pattern of hyper localisation in retail will continue into 2021.’

It comes after shoppers emptied supermarket shelves in fear over a second lockdown when coronavirus cases began to rise once again as summer drew to a close.

Data collated from PayPoint’s network of 27,500 convenience outlets shows the quarterly surge was driven by shoppers buying for ‘big night in’ occasions.

There was a 20% rise in beer purchases across the quarter as more consumers entertained at home – even though pubs and restaurants had re-opened by then.

Sales of home improvement products also went up as people with more time at home turned to DIY.

Convenience stores saw a 37% hike in spending on categories classified as ‘general maintenance and work’ and a 31% surge in gardening and DIY products.

A number of products popular with children also flew off the shelves as parents spent more time with kids at home.

The school holiday period also generated a 29% spike in toy sales and a 25% increase in purchases of children’s sweets, with products such as Vimto chewy bars and Swizzles refresher bars among the best sellers.

The figures are based on sales through retail sites using PayPoint One’s scanning functionality.

The points are often installed in retailers such as independent convenience stores, petrol station shops or post offices and can be used by consumers to pay bills in store.

The technology is also used by the retailers to manage their stock.

Mr Wiles added: ‘Across the summer, the majority of Brits were able to shop wherever they liked after lockdown restrictions were lifted.

‘However, many continued to frequent the local convenience stores they became so reliant on earlier in the year.

‘What’s interesting is how shopping habits have changed during the past three months, with convenience stores becoming the source of items for all the family, whether that’s a special night in, keeping kids entertained or making home improvements.’

At least four dead and 120 injured in Turkey after earthquake

Luxurious flat in development popular with celebs goes on sale for £900,000

Has being out of the office given you the bug to go freelance?

Robbers Have Been Targeting Restaurants In South Loop, Police Say

Why is Kent’s coronavirus outbreak spiking?