Basil Zempilas has come under fire over an on-air remark to a female journalist about her sitting down during a press conference – but the broadcaster-turned-politician says he has been taken out of context.

During his Triple M breakfast show on Thursday, the Perth Lord Mayor made reference to the fact his co-host Jenna Clarke found a seat on the carpet at Attorney-General Christian Porter’s press conference the previous day.

‘I’ve seen you in jeans and on your knees before,’ Mr Zempilas said, according to a tweet published by local ABC broadcaster Emma Wynne. ‘You like to get down on the floor don’t you?’

Ms Wynne’s tweet sparked controversy – causing Zempilas’s remark to trend on social media and the media personality copping criticism on Twitter that the comment was ‘disgusting’.

But Zempilas fired back, saying that his comment wasn’t being presented in its full and apparently innocent context, and that was unfair. 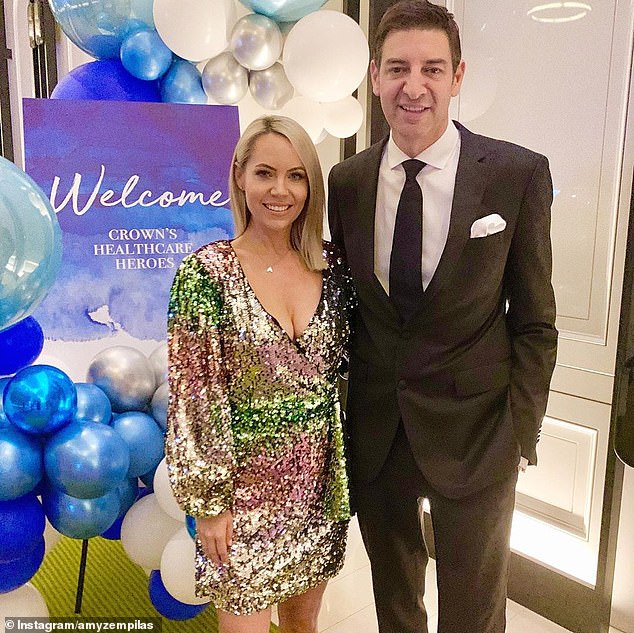 Basil Zempilas (above, with his wife Amy) made the remark on Triple M’s breakfast show this week – but says it hasn’t been placed in its full context 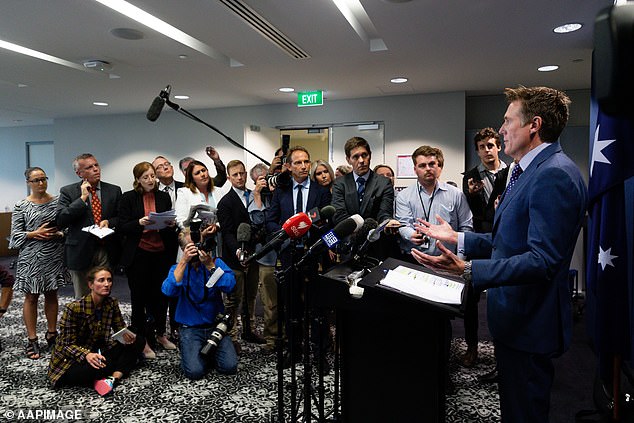 A teary Attorney-General Christian Porter at a press conference this week. Zempilas’s co-host is, on left, seated on the carpet

‘I was clearly asking my co-host about sitting on the floor at the presser.

‘We talk about seeing her in the cutaways and we then had a chat about how Jenna often sits on the floor when doing an interview.

‘It’s simply unfair to have used one line and then not the rest of the discussion.’

Zempilas’s remark was cut out of the Basil, Xav and Jenna program’s Full Show podcast for March 4.

The podcast only features a brief reference to the fact that Clarke had attended Porter’s press conference – before instantly throwing to callers for their thoughts on the political furore involving the Attorney-General, Mr Porter.

The on-air gaffe came about the same time photos circulated online of Zempilas and Porter debating each other when they were at high school. Both Zempilas and Mr Porter attended Perth’s prestigious Hale School, with the future Attorney-General’s leading his house to victory over Zempilas’s during a school competition. 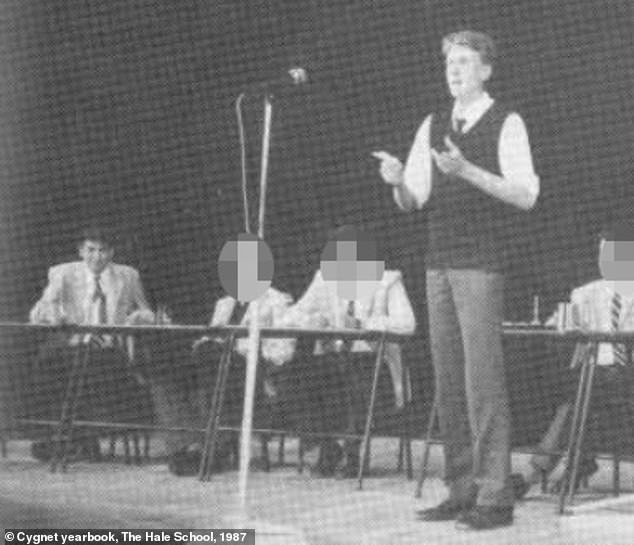 However, Zempilas wasn’t part of the team which travelled to Sydney, where the future Attorney-General, 17, is accused of raping a 16-year-old Adelaide student.

The network promoted their new hire with the slogan: ‘The mayor is on air!’

Zempilas’ ascension to office hasn’t been without its controversies. He apologisied last October for remarks made on a separate radio station, 6PR, about transgender identities.

Aussie mum, 40, who only had sex with ONE man as a Jehovah’s Witness reveals how she escaped