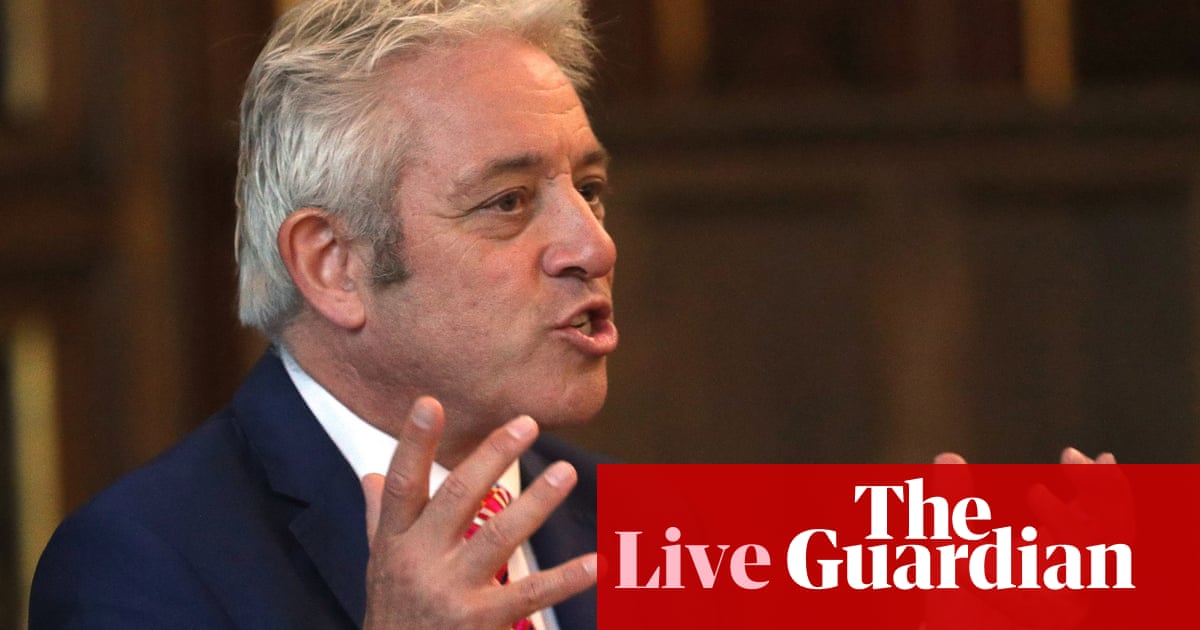 We’re going to close down this live blog now, so here’s a summary of the evening’s events.

And, for those wishing to read yet more, my colleagues Rowena Mason and Owen Bowcott have the full story:

The three Scottish appeal judges who ruled Boris Johnson had unlawfully prorogued parliament have bluntly accused the prime minister of misleading voters on his true reasons for suspending parliament.

They agree unanimously it was to prevent proper scrutiny of his Brexit strategy – and for no other reason – in their official rulings issued by the Scottish courts late on Thursday afternoon.

Lord Carloway, the lord president, said prorogation was sought “in a clandestine manner” when Downing Street knew 75 MPs and peers were taking the government to court to block it.

No 10 also did this knowing prorogation would stymie debate about Johnson’s Brexit plans and then gave the court no clear reason to justify prorogation, as well as the five-week period Johnson got from the Queen, which they described as an “extraordinary length of time.” Carloway said:

The circumstances demonstrate that the true reason for the prorogation is to reduce the time available for parliamentary scrutiny of Brexit at a time when such scrutiny would appear to be a matter of considerable importance, given the issues at stake.

[Put] shortly, prorogation was being mooted specifically as a means to stymie any further legislation regulating Brexit.

Lord Drummond Young is particularly blunt, arguing that the UK government’s failure to provide the Scottish court with any valid reasons for proroguing Westminster for five weeks supported their conclusions it was unjustified.

If no reason is given, in the present circumstances, I am of opinion that the decision to prorogue parliament for five weeks out of the seven remaining before the United Kingdom is scheduled to leave the European Union leads inevitably to the conclusion that the reason for prorogation was to prevent parliamentary scrutiny of the government. I find it impossible to see that it could serve any other rational purpose.

Lord Brodie, the third judge, said that, despite the weight courts need to give to the royal prerogative and a government’s right to use procedures to suit its purposes, this was an “egregious” case of misuse of prorogation.

Procedural manoeuvres are the stuff of politics, whether conducted in parliament or in lesser bodies. However, when the manoeuvre is quite so blatantly designed ‘to frustrate parliament’ at such a critical juncture in the history of the United Kingdom, I consider that the court may legitimately find it to be unlawful.

Bercow draws his address to a close, saying that the evolution and renaissance of parliament has been a positive development in the last decade. Now, he adds, it is “time to ask whether a written constitution is what we need to allow us to complete the voyage”.

He says he was previously sceptical but has come to conclude that it’s worth establishing a royal commission or a Speaker’s conference to look into the idea. Bercow says an act could be passed in the interim to make sure parliament’s authority is ensured.

The Speaker turns to the question of a codified constitution, saying the UK’s in a group of only three nations not to have one. He says the UK has been “travelling in the direction” of such a constitution.

Concerned he has sat too long on the fence, Bercow adds:

Let me make myself crystal clear: Ladies and gentlemen, the only form of Brexit which we will have, whenever that might be, will be a Brexit that the House of Commons has explicitly endorsed.

The Speaker has issued a stinging rebuke to those who support the idea of the prime minister, Boris Johnson, refusing to ask Brussels for a delay to Brexit – as the law requires.

Not obeying the law must surely be a non-starter. Period. Surely, in 2019, in modern Britain, in a parliamentary democracy, we – parliamentarians, legislators – cannot in all conscience be conducting a debate as to whether adherence to the law is or isn’t required.

What conceivable moral force do the public’s elected representatives have in seeking to tackle antisocial behaviour, in prosecuting with greater vigour and imagination and relentlessness the fight against knife crime, in arguing that the state must protect itself against all sorts of nefarious illegality, if we are to treat for a moment with the proposition that it might be in order, in the name of some higher cause, to disregard a law enacted by parliament?

It is astonishing that anyone has even entertained the notion … It would be the most terrible example to set to the rest of society.

One should no more refuse to request an extension of article 50 because of what one might regard as the noble end of departing from the EU as soon as possible than one could possibly excuse robbing a bank on the basis that the cash stolen would be donated to a charitable cause immediately afterwards.

What comes next, Bercow asks? Only three plausible possibilities:

“The Brexit episode and the restoration of parliamentary will should not be seen in isolation,” Bercow, says, in conclusion.

Moreover, Bercow stresses the importance of the backbench business committee in making sure issues that are not necessarily a priority for the government or the opposition are brought to the attention of the Commons.

One example he cites is the Hillsborough disaster, which was debated in the Commons after being scheduled by the backbench business committee.

Another device Bercow says has become important is the emergency debate, which MPs used last week to begin the process of trying to rule out a no-deal Brexit.

He explains that the instrument gives MPs the chance to, in effect, take control of the agenda of the Commons away from the executive, should a majority of the house wish to do so.

The increasing use of such instruments, he claims, has been key to the Commons getting “off its knees” and providing more effective scrutiny of the government on behalf of the electorate.

Meanwhile, three Scottish appeal court judges have refused to order the publication of the unredacted No 10 memos in the case against Boris Johnson’s prorogation of parliament:

Turning to his first point, Bercow says there has been a renewal of the Commons’ desire to and confidence in its ability to scrutinise ministers. Principal in that process, he says, has been the increasing use of an old device: the urgent question.

This allows any MP to ask the Speaker to get a minister to respond to the issue, where it’s deemed important and wouldn’t normally form part of the day’s parliamentary business.

The urgent question, Bercow says, had “withered away” in recent times. Only two were laid in the 12 months before he was elected to be Speaker. That, he says, was something he had decided to try to change, if given the role.

And, in the roughly 10 years he’s fulfilled it, Bercow says there have been 658 urgent questions.

Is your inflation-linked insurance policy costing you much more?

Jeffrey Clark Was Considered Unassuming. Then He Plotted With Trump.