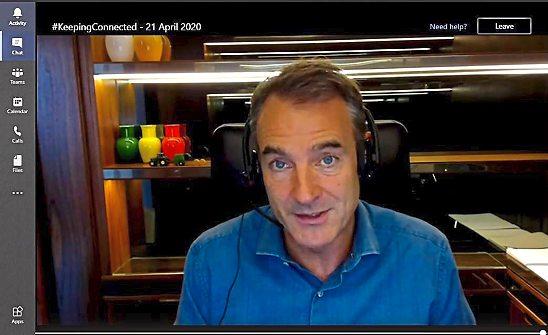 There, now that wasn’t so bad, was it?

Since he took on the top job at BP, Bernard Looney has been behaving like a schoolboy playing hookey to avoid his tetanus shot. He knows it’s unavoidable, but can’t bear the thought of the pain.

After ducking the decision six months ago, when it was plain that oil was set for a demand shock like we’ve not seen in a generation, today he’s proffered his arm to Nurse and taken it. He’s halved the dividend like his predecessors did in 1992 and 2010.

And guess what? He barely felt a scratch.

The markets knew it was needed and supported him with a leap in the share price (admittedly after a near-50% slump in the past year).

Today’s announcement isn’t just a cut in the dividend; it’s a fundamental change away from the old “progressive dividend” mantra whereby the divis rise no matter what.

From now on, cash is returned to shareholders only when it’s been generated from the business.

For, while paying dividends with debt might be acceptable if good times are in sight, when they’re not, it’s just bad, risky business.

And there’s certainly no sight of a party round the corner for BP and its ilk. Global demand for oil has been battered by Covid’s impact on the economy, and the shift to renewables cheerily gathers pace.

Looney needs to invest more in green and get BP’s debt down. Cutting the divi helps on both.

The good news is that there’s progress on both those fronts to accompany the dividend cut. After numerous sales of assets and cutting spending, debt is down $10.5 billion in the quarter to $41 billion. And BP is growing its relevance in clean energy – even if that isn’t happening fast enough for the greenies.

My guess is oil majors’ capacity cuts will eventually see one last spike in prices before it falls to stay low for good.

It’s early days, but Looney is doing what he can to prepare BP for that.

Raffia revolution! FEMAIL picks out the best of the new style for embracing the seasonal trend