Second-half goals from Lukas Provod and Abdallah Sima helped Slavia deservedly win 2-0 on the night and on aggregate to reach the last 16.

Rodgers, who was missing the injured James Maddison and banned Kelechi Iheanacho, started with 13-goal Harvey Barnes on the bench with Youri Tielemans in a more advanced position but admitted his decisions failed to pay off. 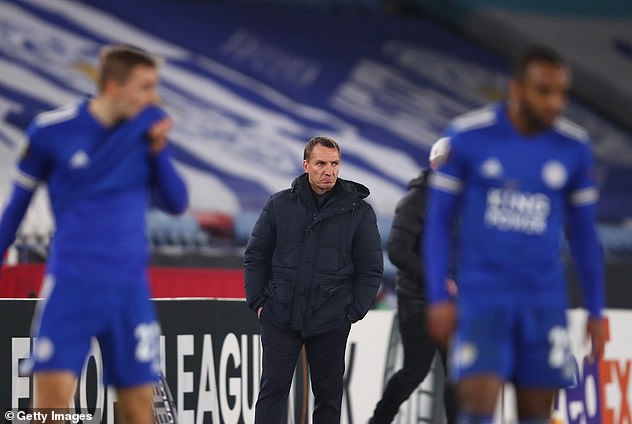 He said: ‘It’s my responsibility, I pick the team with the players we have available and clearly it didn’t work as well as I would have liked.

‘We have changed the team often enough through the season because we’ve carried injuries all year. The players are coming back from injury, we had to find a way to freshen up the team.

‘Overall, they were better than us and deserved to go through. We have to go away and learn from that.

‘We started pretty well, we had to be patient, but we never really created too many opportunities. I’m disappointed with the goals, in particular the second one – we have to defend with greater urgency. 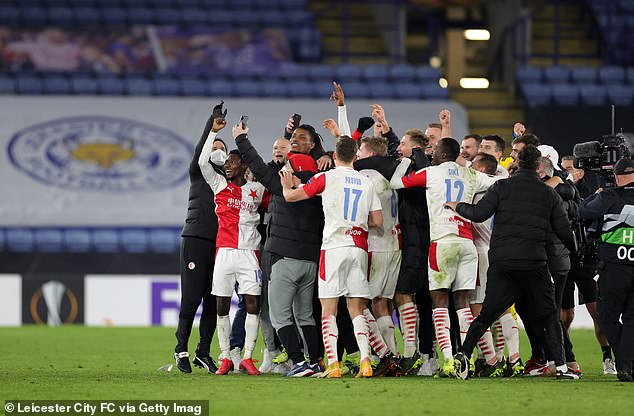 ‘It’s disappointing but I said to the players afterwards we have to learn from it. We can accept it a lot easier as we weren’t good enough on the night and over the two legs.

‘We’ll get back in, move on and we’ve enjoyed the European experience and we want to fight this year and be better next year.’

Rodgers was appointed Leicester boss two years ago on Friday but it was an unhappy anniversary for a manager who has never reached the last 16 of the competition in five attempts. 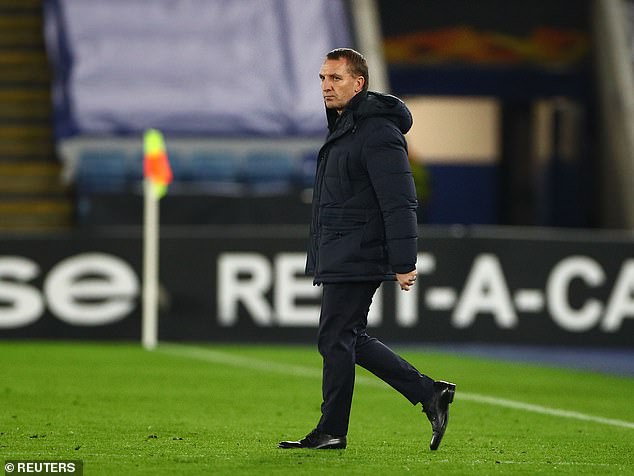 It paid off four minutes after the break when Provod arrived unmarked at the far post to volley in Nicolae Stanciu’s cross.

The goal further dented Leicester’s confidence and Slavia settled the tie with 11 minutes left after more poor defending from the hosts.

Peter Olayinka picked out Sima and with Caglar Soyuncu’s half-hearted attempt to block his shot, the striker found the bottom corner from 25 yards.