Brendan Rodgers insists Leicester’s current league position is irrelevant after they moved second in the Premier League by coming from behind to snatch victory at struggling Brighton.

Daniel Amartey’s late header secured a 2-1 success at the Amex Stadium to push the Foxes two points above Manchester United. 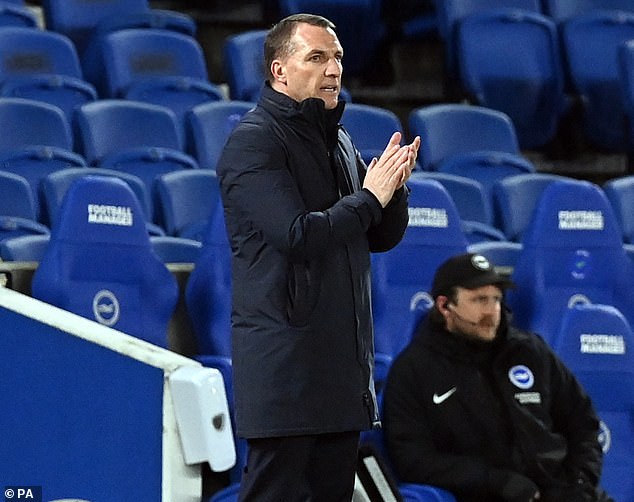 Victory on the south coast prevented Leicester going three consecutive top-flight games without a win this season following defeat to Arsenal and a midweek draw with Burnley.

Leicester boss Rodgers saw his side drop out of the top four following a dismal end to last season and is reading nothing into the present standings.

‘I will tell you at the end of the season if we’re in the top four or not,’ he said.

‘It doesn’t really matter being in the top four with 10 games to go. 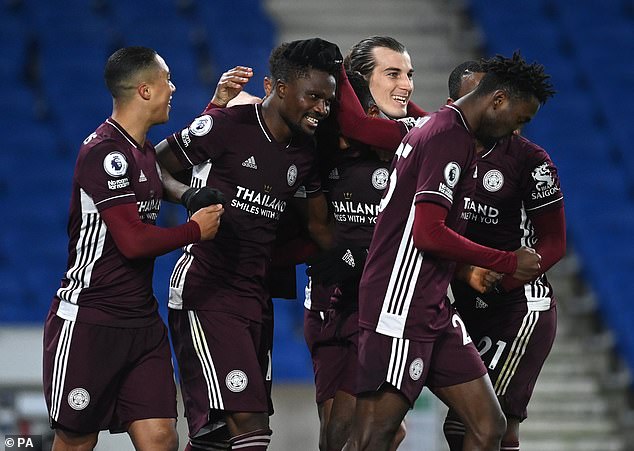 ‘It’s when the whistle blows against Tottenham (on the final day) – that’s when we will be in the top four.

‘Other than that we just need to concentrate on our performance level and focus on energy to play like we did that second half.’

Leicester arrived on the south coast seeking to reignite their European push following a rocky 10 days in which they dropped five points, crashed out of the Europa League and saw their substantial injury list lengthen.

The Foxes were second best during a lacklustre opening period in which Lallana opened the scoring inside 10 minutes and hit a post, while Brighton forward Neal Maupay had a goal disallowed for offside.

Iheanacho’s composed finish in the 62nd minute was just reward for the away side’s improvement, before Amartey – who had conceded possession before Lallana’s goal – made amends by stooping to head home Marc Albrighton’s corner and grab all three points. 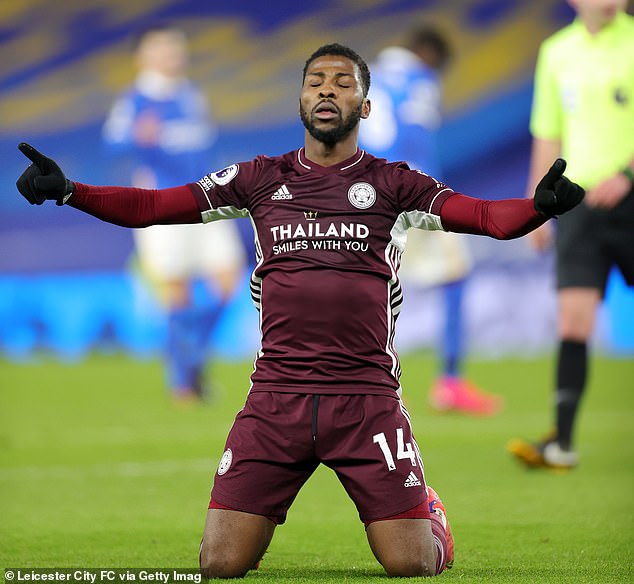 ‘The first half we were too passive and I think we had a little bit of tiredness from midweek, the timing was out in our pressing,’ said Rodgers. ‘We were deservedly behind.

‘But we were able to adjust the mentality of the team and I thought second half we were outstanding, the speed of our game, the tempo, and by the end we looked a very good side.’

Real Madrid: Ferland Mendy insists players are with Zinedine Zidane ‘to the death’