Bruno Fernandes has revealed he learned the free-kick technique that sunk Liverpool from his Manchester United team-mate Juan Mata.

The Portuguese star fired home from just outside the box to settle a classic FA Cup fourth round tie in United’s favour on Sunday afternoon.

It was the 28th goal Fernandes has scored for United since arriving from Sporting Lisbon just under a year ago after he came off the bench to settle a see-saw contest at Old Trafford. 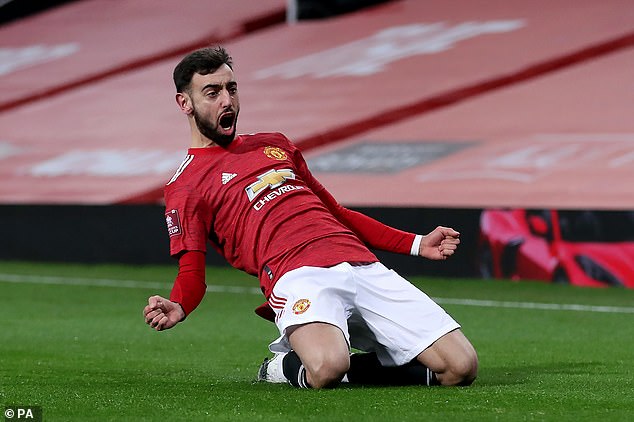 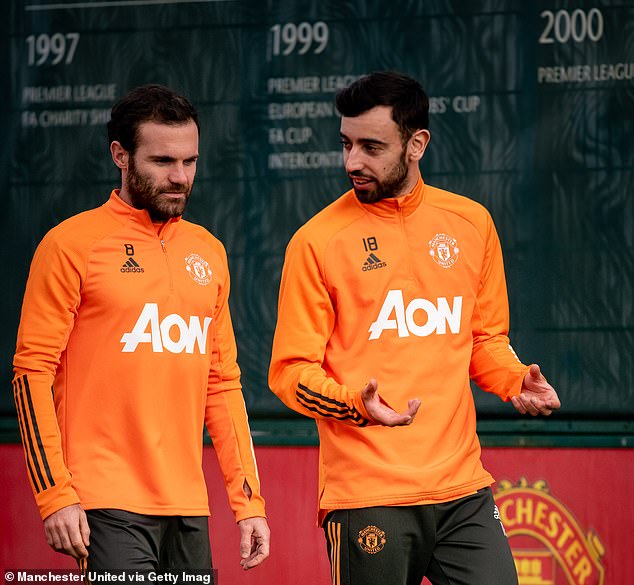 And Fernandes said the sweet free-kick strike was the result of stopping behind after training and practising set-pieces alongside Spanish team-mate Mata.

Asked on MUTV if he practised free-kicks often, Fernandes said: ‘I think almost every day.

‘Sometimes he [manager Ole Gunnar Solskjaer] has to kick me out of the training to stop.

‘I’m always working on that kind of situation. I like to watch and learn from Juan because I think he is a really good specialist.

‘I think in training we stay there most of the time – me and Juan stay longer, but also Alex [Telles], Rashy [Marcus Rashford], Fred also stays with us.’ 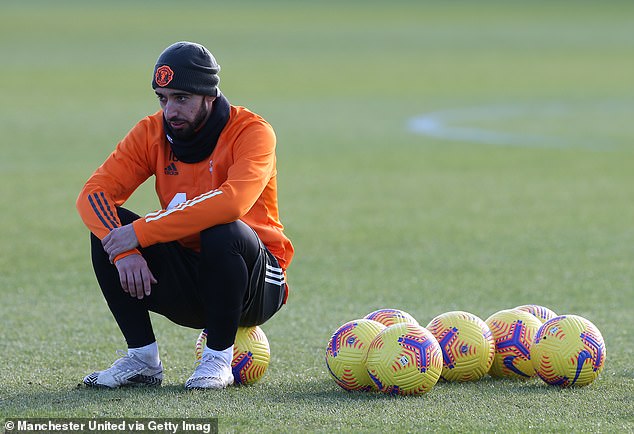 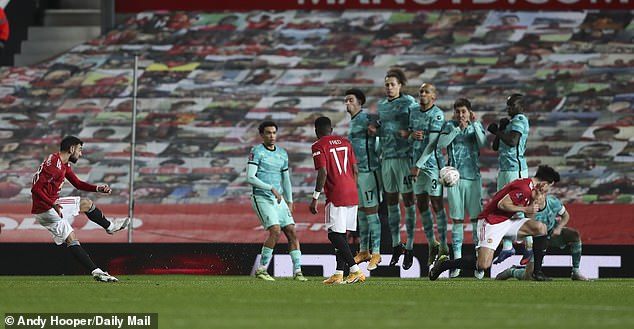 The distance of Sunday’s free-kick – barely 20 yards from goal – was perfect for Fernandes to direct the ball around the Liverpool wall and leave goalkeeper Alisson Becker wrong-footed.

But he may not have taken it if the free-kick was further out.

‘I think normally a little bit more long distance is for Rashy,’ Fernandes added. ‘I think he feels more comfortable [striking from there], for me it is the same, to go the [closer] distance.

‘I think closer to the box is better for me, for the kind of shot I have. Of course, if Juan and Alex are on the pitch it’s a chance for them, more on the right side. I think we have good free-kick specialists. 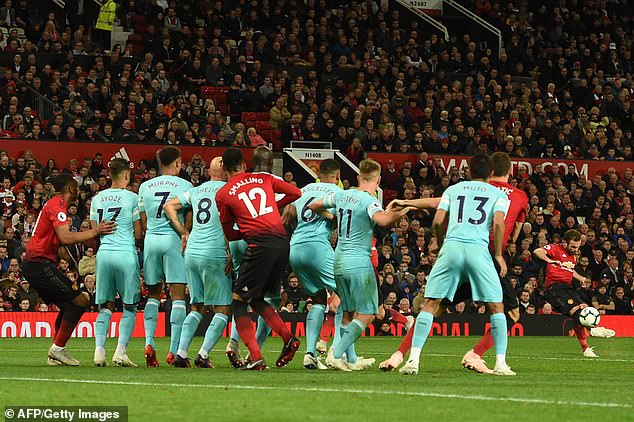 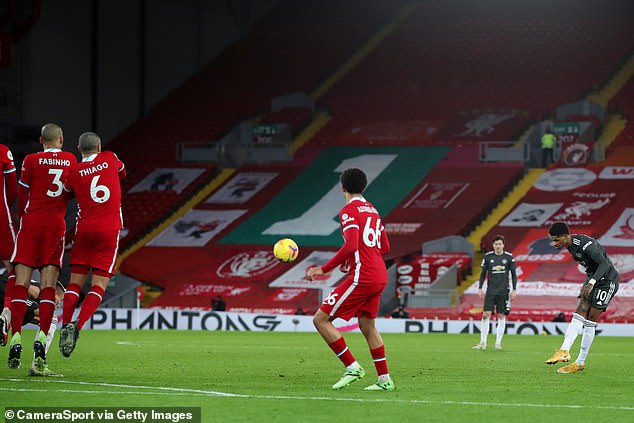 ‘It will depend on the moment. In that moment, I felt I was confident to take the free-kick. It was me and luckily it was a goal.’

While United have a fifth round FA Cup tie with West Ham to look forward to, they will shift focus back to their Premier League title challenge with a home game against Sheffield United on Wednesday night.

Solskjaer’s team are two points clear of Manchester City at the top of the table but City will move above them if they win at West Bromwich Albion on Tuesday evening.

No £1-a-litre fuel this lockdown: Petrol prices jump 4p-a-litre in a month

The Tottenham Lineup That Should Start Against Ludogorets Razgrad

Police launch murder probe after man, 19, was stabbed to death in broad daylight on London street