Bunnings will be run on 100 per cent renewable energy within five years, as the DIY giant moves towards its goal of zero net emissions by 2030.

The retailer announced that it hoped to be run on 100 per cent renewable energy by 2025 by focusing on LED lighting in store and solar PV systems.

By maximising natural light, and relying on the low consumption of LED lights, the hardware giant says its energy consumption bill has dropped by more than 20 per cent.

Bunnings now also boasts more than 70 rooftop solar systems covering 18,000 square metres of its warehouses, which contribute about 30 per cent of a store’s energy needs.

“We recognise that business has an important part to play in reducing carbon emissions and addressing climate change,” Mr Schneider said.

“This is a journey we started some time ago, but we know that we have a long way to go.

“We are absolutely committed to finding solutions that benefit our business, our customers and the environment and we are excited about what the future looks like.”

The move was been welcomed by environmentalists, who say the added benefit of big business committing to renewable energy means more jobs and investment in the sector.

“Bunnings is known for its lowest prices, but now lowering emissions is just the beginning,” Lindsay Soutar from Greenpeace Australia Pacific said.

“Committing to 100 per cent renewable electricity and net zero emissions is a great win for the climate and for helping create local future-proof jobs in renewables.”

Bunnings said it has plans to build 20 new rooftop solar systems and upgrade the capacity on 10 existing systems within its store network. 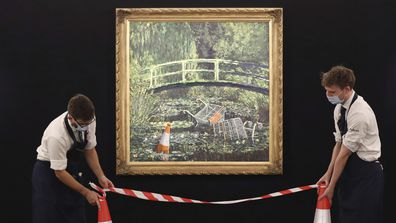 Some stores, like Bunnings Alice Springs, has added battery storage that retains energy from the store’s solar system to provide up to 80 per cent of the store’s needs.

Katy Perry Doubles Down on Support for Ellen DeGeneres