A security review ordered by House Speaker Nancy Pelosi is recommending establishment of a permanent ‘quick reaction force’ that would be able to respond to urgent threats to the Capitol.

Pelosi ordered the review after the Jan. 6th riot and brought in retired Lt. Gen. Russsel Honore to oversee it.

Among his recommendations are a ‘quick reaction force,’ known in military parlance as a QRF.

The report calls for a ‘QRF that permanently resides within the DC [National] Guard by reestablishing a military police battalion and staffing it with Active Guard Reserve troops who live in or near the city year round, perpetually on active duty,’ according to a report by Fox News. 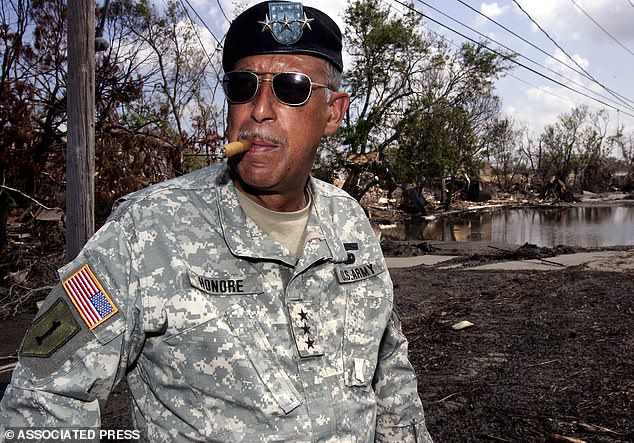 A review ordered by retired Gen. Russel Honore is calling for a ‘Quick Reaction Force’ and a military police battalion

It comes amid increasing pushback against a substantial National Guard presence that has been ordered at the Capitol, and that is on track to linger for months.

U.S. Capitol police sought a 60-day extension for the 5,000 National Guard troops still in Washington to provide additional security. They had been scheduled to return to their homes next week.

During hearings this week on the Jan. 6th riots, a number of lawmakers pressed officials on how long the guard would be needed. The Capitol is currently surrounded by high metal fencing. 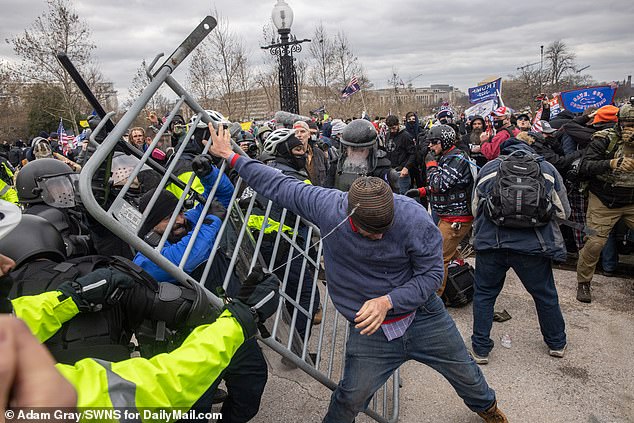 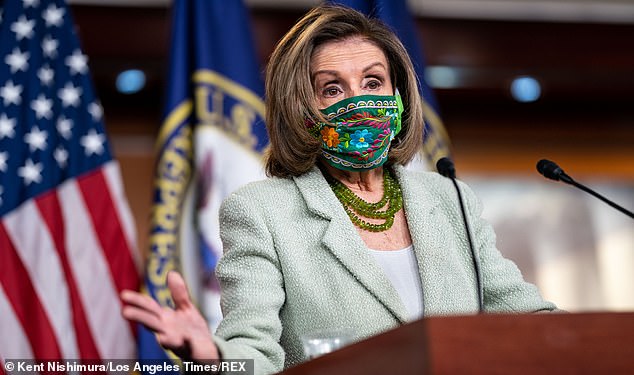 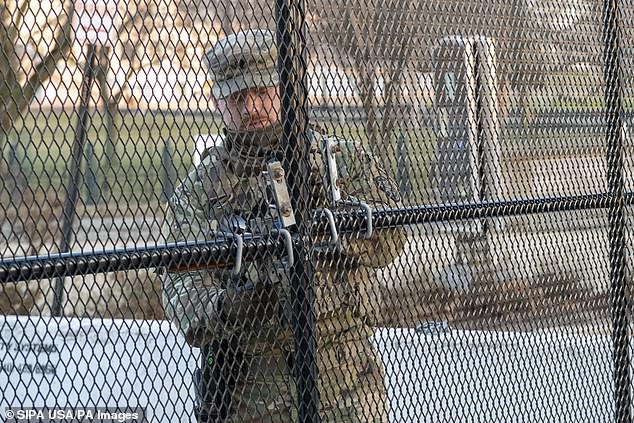 A group of 5,000 National Guard forces remain in D.C. to provide security 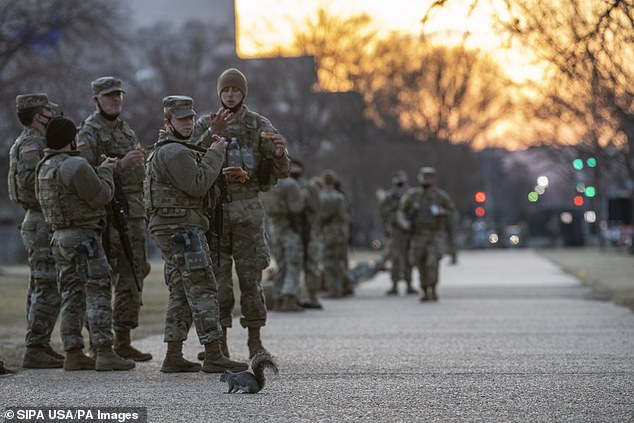 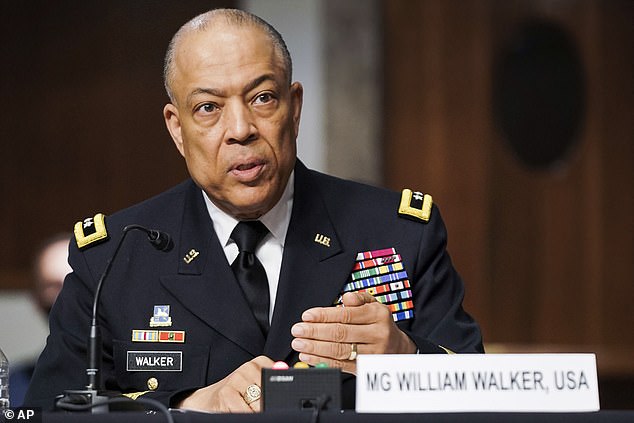 D.C. National Guard Commanding General William Walker testified this week about 3 hour 19 minute delay to get forces to the Capitol

The Capitol was quiet Thursday despite advance security warnings that members of extremist groups had been chatting about taking actions linked to March 4th, a day some QAnon conspiracy theorists believed former President Donald Trump would be inaugurated for his second term. Trump stayed at his home in Mar-a-Lago and played golf.

Fox News host Tucker Carlson, a conservative commentator, ripped Honore on his prime-time program Thursday while describing the recommendation for a permanent force.

‘Honoré is an unhinged partisan extremist, nuttier than anyone affiliated with QAnon.,’ he inveighed. ‘He was chosen by Nancy Pelosi precisely because of this. She knew that Honoré would justify a military takeover of Washington, and she was right,’ he said.

Many Republicans had already groused about Honore, brought in to salvage the response to Hurricane Katrina in 2005, after he said shortly after Jan. 6th that the former sergeants at arms may have been ‘complicit.’ He also tweeted days after the riot that Missouri Sen. Josh Hawley, the first senator to say he would challenge electoral votes in states where Trump was claiming fraud, ‘should be run out of DC’ and called him a ‘little piece of s***”.

At a hearing this week, Commanding General William Walker testified that it took hours to get approval from senior military officials to send National Guard forces to respond to the Capitol.

A force was already providing traffic assistance, but stood by while D.C. Metropolitan Police were called to the Capitol.

He said senior Pentagon officials on a call said that deploying uniformed Guard forces would not ‘look good’ or be a ‘good optic.’

Walker also said 155 Guard forces at the ready who could have made a difference putting down the Capitol riot had they gotten authorization sooner.

‘I believe that number could have made a difference. We could have helped extend the perimeter and helped push back the crowd,’ he said. He said he ordered forces stationed at the D.C.

There was a small QRF stationed at Joint Base Andrews. But according to Walker, ”The Secretary of the Army’s Jan. 5th letter [spelling out terms for its use] withheld authority for me to employ the Quick Reaction Force.

During unrest in June, a Military Police battalion out Fort Bragg, North Carolina deployed to D.C.

Free On-Demand Webinar: How to Improve Your Business’s Cash Flow