Caribbean tourism officials are rushing to increase Covid-19 testing as the US and UK demand that returning holidaymakers present a negative result.

The United States became the latest country to require nearly all arriving passengers to present a negative test within 72 hours of departure.

Some tropical vacation spots, which attract U.S. tourists banned from traveling to other regions, face a strain on their COVID-19 testing resources as more governments take additional steps to curb a second wave of the pandemic.

Jamaica on Wednesday named a special task force to boost the country’s COVID-19 testing capacity following the new U.S. order which goes into effect on January 26. 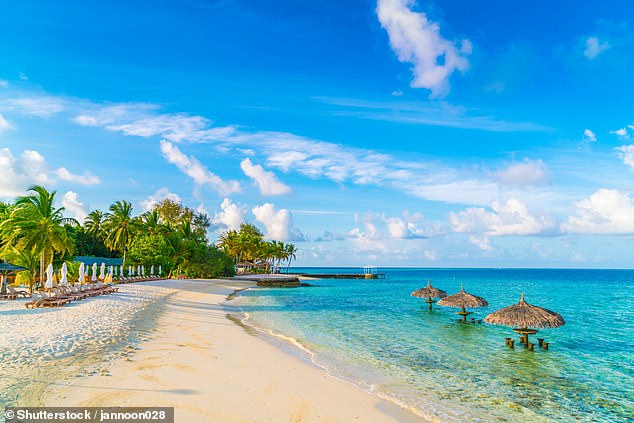 Caribbean tourism officials are rushing to increase Covid-19 testing as the US and UK demand that returning holidaymakers present a negative result. Above, an island in the Maldives

Vanessa Ledesma, acting CEO and director general of the Caribbean Hotel and Tourism Association, called COVID-19 testing rules from the United States, Canada and Britain ‘a tremendous challenge’ for the region due to a lack of testing equipment and lab facilities that can meet large demand in short turnaround times.

‘Most of the region needs additional time to rapidly build up additional capacity,’ she said by email.

U.S. infectious disease specialist Dr. David Freedman warned of the risk of straining resources in poor countries that are struggling to test their own residents.

While analysts and some airline executives expect the new order will disrupt demand in the short term, U.S. carriers back the testing rules with the long-term goal of reopening international markets.

‘I think you can see some short-term demand fluctuation but it’s the right answer for the long term,’ Delta Air Lines CEO Ed Bastian told Reuters ahead of the carrier’s earnings on Thursday.

With global travel limited by COVID-19 restrictions, the Caribbean is important for U.S. carriers American Airlines , United Airlines and Delta as well as for low-cost carriers like Southwest Airlines Co and Spirit Airlines.

Unlike the U.S. announcement, a decision by Canada to require testing for inbound passengers as of Jan. 7 caught airlines by surprise. Hundreds of passengers were denied boarding on return flights for ineligible tests. 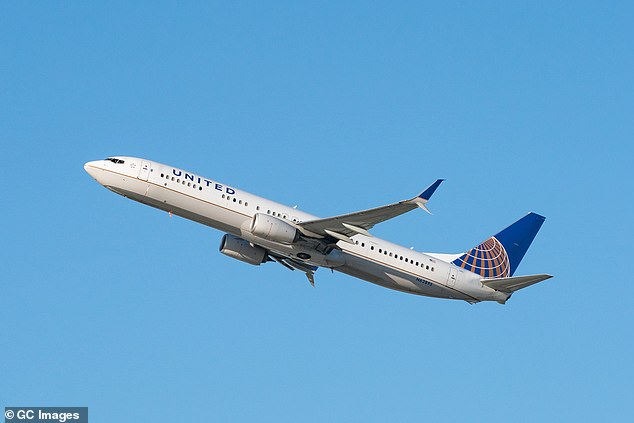 With global travel limited by COVID-19 restrictions, the Caribbean is important for U.S. carriers American Airlines , United Airlines and Delta as well as for low-cost carriers like Southwest Airlines Co and Spirit Airlines

In turn, Canada had to postpone the requirement for travelers from Jamaica to adhere to the negative COVID-19 tests on arrival, instead allowing passengers to test upon arrival in Toronto.

UK celebrities were rushing home from Dubai earlier this week before Britain forced international arrivals to have a negative Covid result up to 72 hours before they fly back.

Love Island’s Wes Nelson was among the first wave flying home ahead of the new restrictions from Friday. 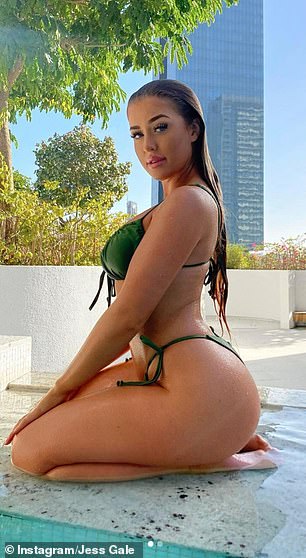 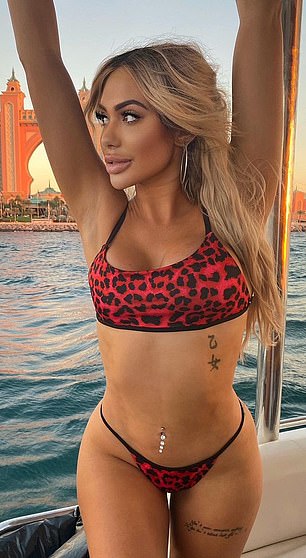 Dubai has become a popular lockdown holiday destination for the social media elite with influencers and reality stars jetting off to the city for winter sun. Celebrities who travelled to Dubai include Love Island star Jess Gale (left) and Geordie Shore’s Chloe Ferry (right)

The influencer shared a picture on a plane with a glass of champagne as he watched a film in a travel bed.

He got back before passengers returning to the UK from the UAE had to quarantine for 10 days, which was brought in at 4am Tuesday.

But from Friday they will need to have a negative Covid test – using a PCR test or on some occasions a LAMP or lateral flow test – from up to 72 hours before their flight.

Stars from Love Island, TOWIE and Geordie Shore descended on holiday spots such as Dubai to escape Britain’s lockdown and see in 2021 under the sun.

What The Fifty Shades Of Grey Cast Is Doing Now