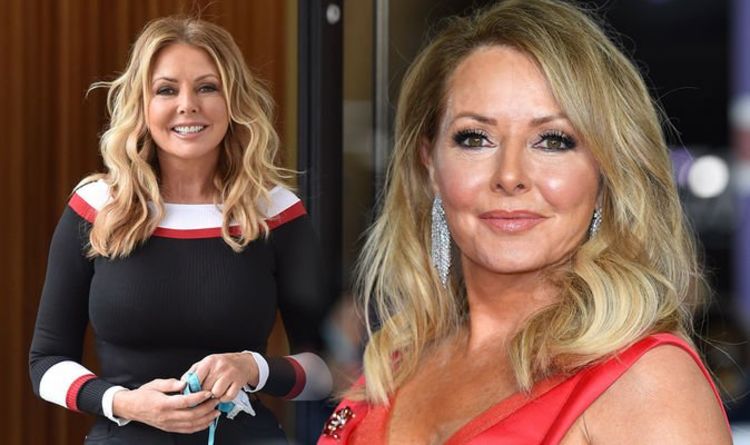 She said: “I was powering on doing this and that and building houses and flying a plane and bringing up my kids by myself and all of those different things.

“And then this depression hit me and I don’t use the word depression lightly, this was a blackness where I would wake up – nothing else in my life was going wrong.

Carol went on to explain how many sufferers of depression find themselves feeling.

READ MORE: Stomach bloating causes: Bloating after meals could be a sign of this deadly condition

She said: “There was no reason to feel that way and the only reason I didn’t do anything, and I’ve not admitted it before, is because I had two children.”

Carol was able to get help, but admitted at her lowest point, things may have taken a drastic turn.

When asked what might have happened if she hadn’t reached out, Carol said: “I suspect we wouldn’t be talking today.”

The former Countdown star explained her mental health became worse during two particular weeks of the month, which left her wondering whether her feelings may be linked to her hormonal cycle.

Her doctor put her on medication to help. She said: “From the moment I took the medication I have never ever felt that way.

“I’ve been fed up, and obviously at the moment my mum is not well so I’m upset. But there is a reason for all of those things whereas before there was no reason for it and it was absolutely, categorically to do with hormones.”

Depression I swore than feeling unhappy or fed up for a few days, according to the NHS.

It explains: “Most people go through periods of feeling down, but when you’re depressed you feel persistently sad for weeks or months, rather than just a few days.

“Some people think depression is trivial and not a genuine health condition. They’re wrong – it is a real illness with real symptoms. Depression is not a sign of weakness or something you can ‘snap out of’ by ‘pulling yourself together’.

“The good news is that with the right treatment and support, most people with depression can make a full recovery.”

The symptoms of depression range from mild to severe.

The NHS advises: “The symptoms of depression can be complex and vary widely between people. If you’re depressed, you may feel sad, hopeless and lose interest in things you used to enjoy.

“The symptoms persist for weeks or months and are bad enough to interfere with your work, social life and family life.

“There are many other symptoms of depression and you’re unlikely to have all of those listed on this page.”

Depression can manifest itself psychologically, physically and socially. For a full list of symptoms visit the NHS website.

What we know about the charges in Floyd’s death

Coronavirus: Decision on 2nd stage of reopening could come within next week, Premier Ford says

What we know about the charges in Floyd’s death

Coronavirus: Decision on 2nd stage of reopening could come within next week, Premier Ford says