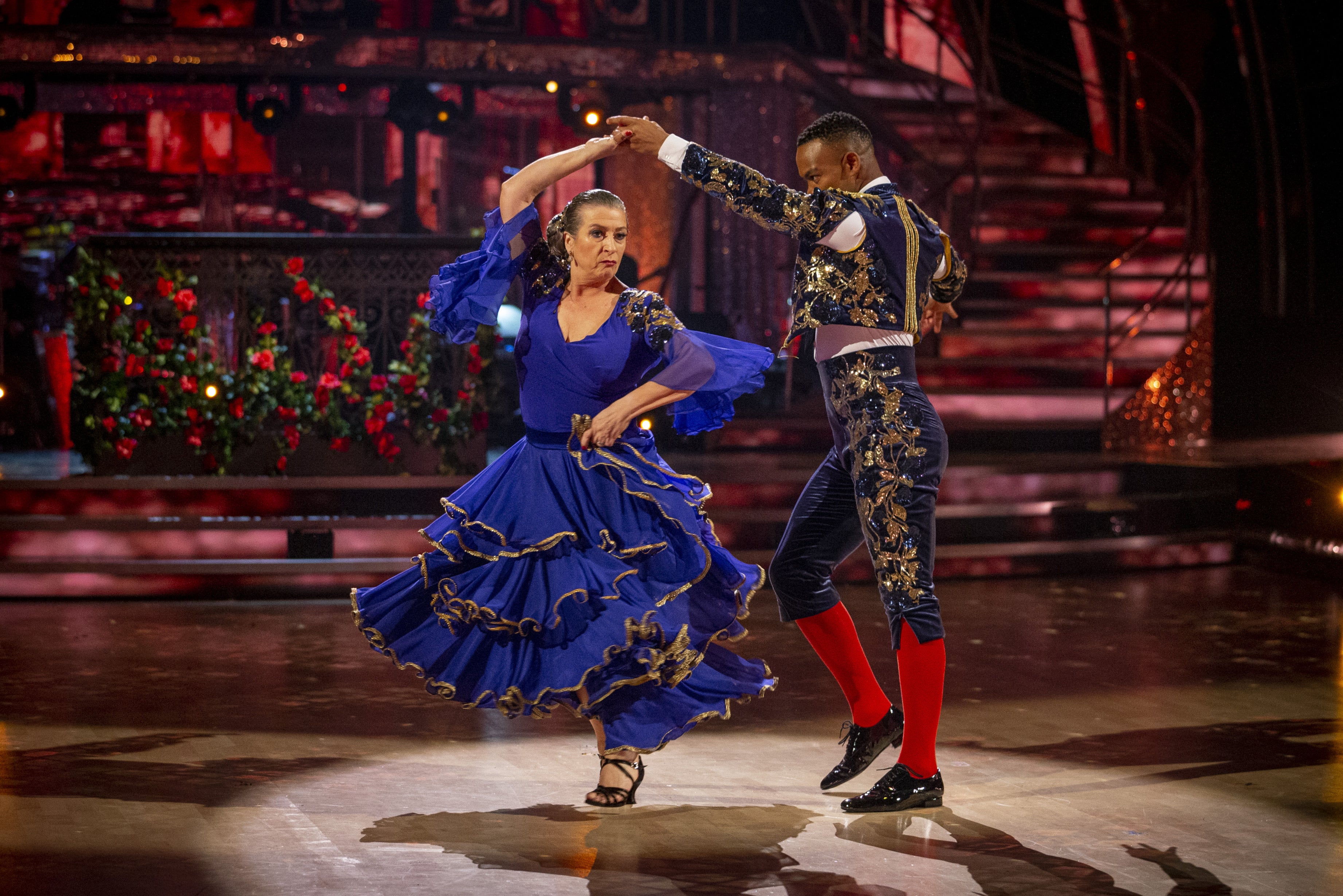 aroline Quentin was the latest celebrity to be eliminated from Strictly Come Dancing after her Cha Cha Cha failed to impress the judges.

The judges instead chose to save Maisie Smith and Gorka Marquez. Smith, 19, was in the dance-off for a second consecutive week, despite wowing the judges on Saturday night.

Craig Revel Horwood said that “one couple was outstanding and danced as though their lives depended on it and that couple I would like to save, Maisie and Gorka (Marquez).”

Anton Du Beke, who is standing in for judge Motsi Mabuse, said there were “a couple of mistakes” in Quentin and Radebe’s performance.

Head judge Shirley Ballas said she would have also chosen to save Smith and Marquez.

“But of course my greatest gift coming on this show is this man,” she said of her dance partner.

On Saturday’s show, Ballas asked of the flirty dance: “Were you licking his arm?” while Revel Horwood quipped that Radebe “could have done without your tongue”.

She said: “I don’t think it has quite changed my life. It hasn’t really changed me physically that much. I am a bit stronger but all the rumours of losing four stone in four days are absolutely untrue.”

Quentin became the fourth celebrity to leave the show after Jacqui Smith, Jason Bell and Max George were prebiously given the boot from Strictly.

Strictly continues on BBC One.

Zack Snyder’s Justice League: See What Carla Gugino Could Have Looked Like As Catwoman

’90 Day Fiance: The Other Way’ Season 2 Finale: See Where Each Couple Stands