Watford joined second-placed Brentford on 63 points after a 2-0 win over bottom-placed Wycombe at Vicarage Road, with Andre Gray bagging a brace.

Elsewhere, Andre Ayew scored a penalty deep into stoppage time as Swansea moved a point behind with a 2-1 victory at Stoke City.

Nick Powell had given the hosts an early lead with his sixth goal in nine games, but Connor Roberts levelled before the break, and it was Ayew who grabbed the glory with almost the last kick of the game. 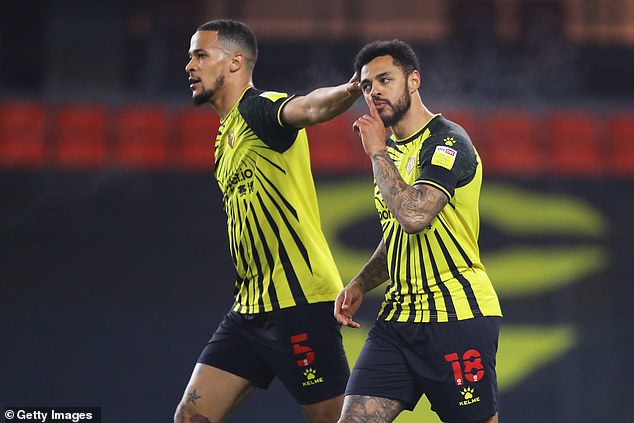 Barnsley, however, kept their hopes of securing a play-off place alive with their sixth consecutive victory, a 3-1 win over QPR.

Striker Michael Smith headed the visitors into a first-half lead, only to be red carded midway through the second period for violent conduct.

New Owls boss Moore then looked to have secured a point in his first game since leaving Doncaster when Matt Olosunde put through his own goal, only for Ladapo to strike in the seventh minute of stoppage time. 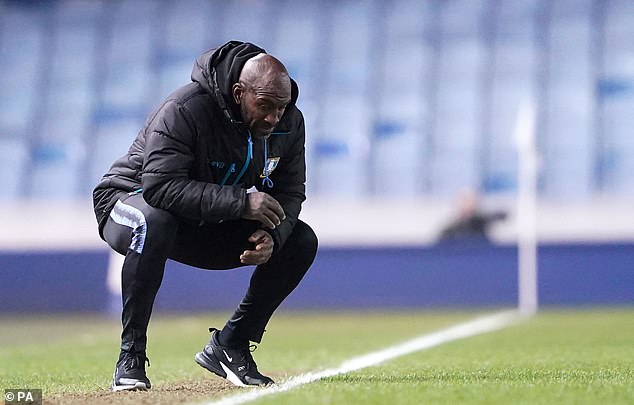 The win took Rotherham to within three points of safety, with Wednesday seven behind fourth-bottom Birmingham.

Nigel Pearson’s winning start as Bristol City manager was ended by a Dan Bentley error and a late Cameron Carter-Vickers goal in a 2-1 home defeat by Bournemouth.

The hosts took a 38th-minute lead when Tyreeq Bakinson headed home, only for Bentley to fumble the ball into his own net for an embarrassing equaliser before Carter-Vickers’ 88th-minute winner.