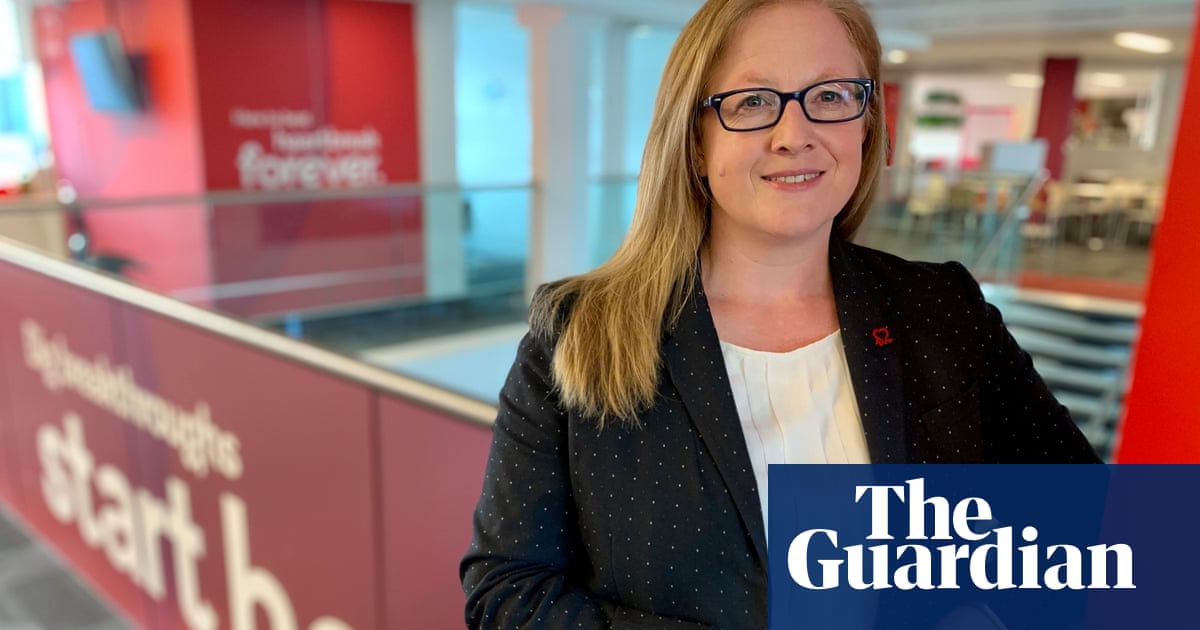 If Charmaine Griffiths had a blood pressure monitor strapped to her arm it would probably show a rise in her heart rate while she discusses the “catastrophic” impact of Covid-19 on the British Heart Foundation’s research funding. It is “the single biggest challenge in the BHF’s 60-year history”, she says.

During lockdown, the charity was losing £10m a month due to the closure of its 750 shops and a halt to many fundraising activities – a scenario that will resonate with much of the voluntary sector.

“There is no doubt that the pandemic has been a health crisis, but also a financial crisis. [It is] doubly affecting the sector because not only is the demand on services for most charities greater than ever before, but at the same time, the financial resources available to deliver those are under pressure like we have never seen before … So that combination of incredible demand at a time of incredible financial pressure has really put the sector under incredible stress.”

Preventing heartbreak is what Griffiths’ job is all about. Currently, 7.4 million people in the UK are living with heart or circulatory disease – conditions that cause deaths every three minutes. Those with heart disease have also been particularly vulnerable during the pandemic: figures from the Office for National Statistics show that it is one of the most common pre-existing conditions in people who have died of the virus in England and Wales.

The BHF is the biggest funder of non-commercial research into heart and circulatory disease in the UK. Over the years, says Griffiths, it has been “part of the story” in the introduction of a range of treatments such as statins and pacemakers. BHF‘s research portfolio is around £440m. In 2018/19 alone, it gave £128m in research grantsto tackle heart attacks (£9.4m), strokes (£5m) and vascular dementia (£2.7m).

As things stand, Griffiths says that its £100m of new research investment planned for this year will halve. Yet with so many people living with heart conditions, millions more at risk of developing them, and heart damage in many patients that appears to have been caused by Covid-19, the stakes for future discoveries are high.

“Even before the burden of Covid-19 we still had so much to do,” she says. “Thanks to decades of research breakthroughs seven out of 10 people survive a heart attack today, but we know that more can be done to save more lives. Inherited heart conditions kill at least 12 young people in the UK every week and we urgently need research towards cures. There are lots of things that need to come together to make that happen. And BHF is clearly a big part of that.”

The charity’s strapped finances means that it has announced plans to shed up to 300 jobs out of a workforce of around 4,400, though shehopes that the decision to freeze vacancies may halve the final toll. The big donor needed now is the government, says Griffiths.

Whilst some charities are receiving funding from the government’s £750m support package, medical research charities have so far been overlooked. BHF is part of a united call by the UK’s medical charities for the government to agree to a Life Sciences-Charity Partnership Fund for future research over the next three years. They are asking for £310m in this financial year alone to bridge the sector’s projected research spend gap. This would be matched by funding from the charities themselves.

It is, says Griffiths, “the single biggest thing that the government can do” to help the sector. “The fund is a simple and effective way in which this could be delivered. And I would urge the prime minister to look at setting up that fund as an option to protect the progress that patients ultimately need, that will save lives, and also protect our vibrant UK research and development ecosystem.”

Griffiths, who spent three years as a postdoctoral research scientist, describes health and science as the “golden thread” running through her career. She decided “very early on in my life” to be involved in medical research, following family ill-health that included heart and circulatory disease. It’s what also drew her to the British Heart Foundation, she says.

The timing of her first chief executive post could not have come at a more unusual time. In February, she became the first female to take the helm. It was essentially a homecoming for Griffiths, who had previously worked at the BHF for 12 years in a variety of roles. She was to spearhead the BHF mission, drawn up last year, to improve the prevention, diagnosis and treatment of heart and circulatory disease by 2030. But then the pandemic struck.

Its charity shops closed on 19 March (ahead of the official lockdown due to the fact that many volunteers were themselves living with heart or circulatory conditions). It ramped up its nurse-led helpline to a seven-day operation, which she says was “inundated” with calls as people sought clarity around government guidance.

“The specialist nurses have been a lifeline to people who really needed both information, but also just support, working through their concerns. And that’s still active for anybody who might need it,” says Griffiths.

It also set up an online hub to provide regularly updated information about coronavirus. And BHF, together with the National Institute for Health Research (NIHR) approved six new UK Covid-19 projectsto understand the relationship between the virus and heart and circulatory disease.

BHF urged people with symptoms of a heart attack or stroke to call 999 amid reports that fewer people were turning up at A&E because of Covid. Griffiths is concerned by the backlog of patients that has built up over the past few months, either because of fear of going to hospital or because services were not available. A BHF-commissioned YouGov poll found that around half (47%) of all adults in the UK with heart and circulatory diseases found it harder to get medical treatment. NHS England data showed that around 190,000 fewer heart ultrasounds happened during lockdown. .

“In addition to all those directly affected by the virus we know that it had a knock-on effect for the hundreds of thousands of heart and circulatory patients who had non-emergency surgeries, assessments and tests postponed during lockdown. We need now to recover from that as well,” she says.

For the charity itself “the biggest outstanding challenge” remains protecting vital research. Griffithsis hopeful that ministers will heed calls to set up the Life Science Partnership Fund.

Without it, we will take “many years” to get back to pre-Covid spending levels, she warns.

She pays tribute to the brilliant team of BHF staff and volunteers who have collectively stepped up to the plate, but stresses: “That doesn’t mean that we’re alright … we, like many organisations, are struggling at this point. We need support more than ever.”

Motorcyclist hit with ladder rack, run over on highway

Looks Like DC’s Plastic Man Movie Is Back On Track, And With A Big Change