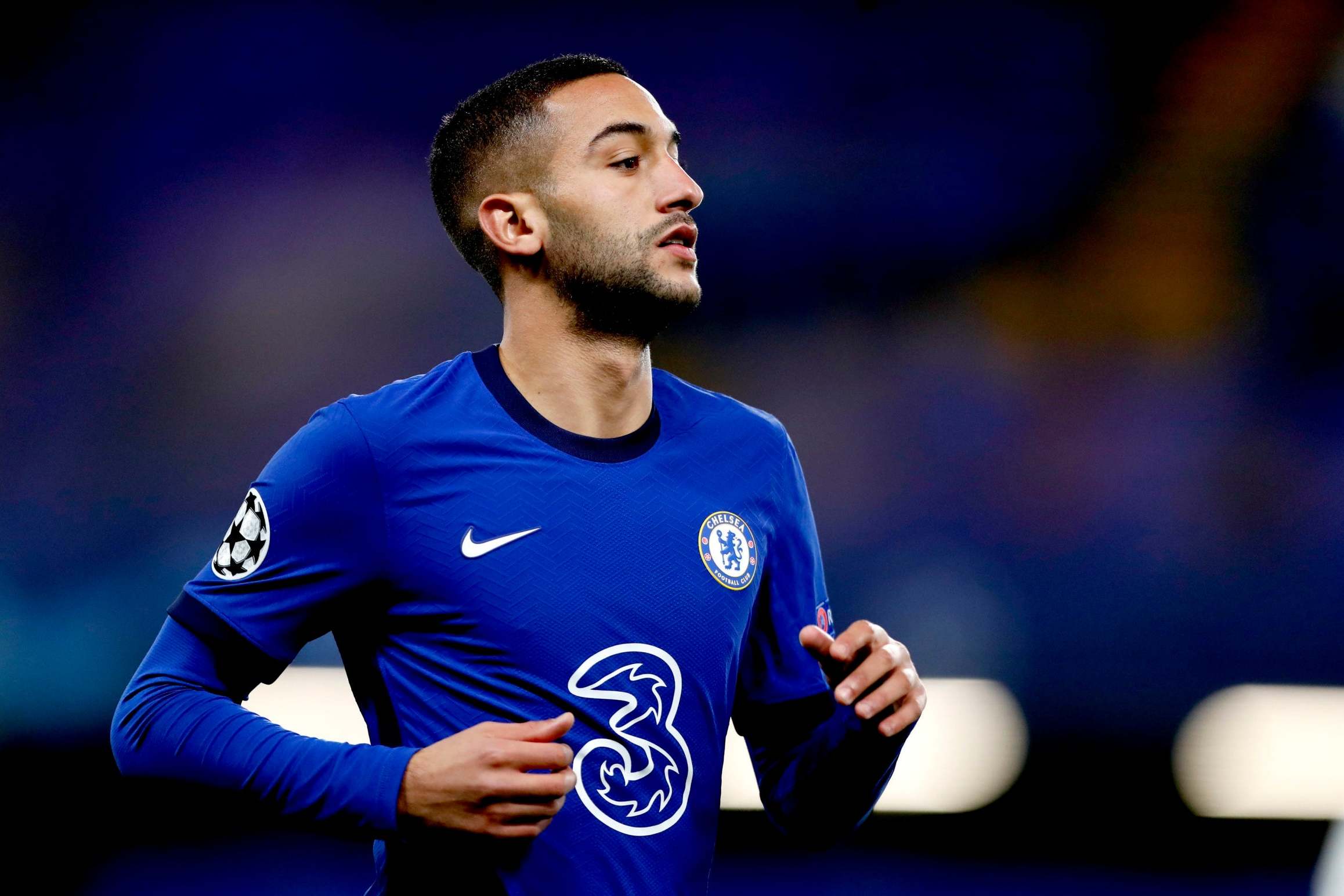 Hakim Ziyech is the final piece of a forward line that has been completely overhauled over the past 12 months.

His flying wing play in Russia was precisely what Chelsea have missed so far this season – tormenting Krasnodar’s defence and collecting a richly-deserved first goal for the club.

Ziyech’s knee injury – picked up in pre-season – robbed Lampard of a player he was convinced would be ideally suited to the Premier League and help fill the void left by the departures of Eden Hazard, Pedro and Willian.

While Timo Werner, Kai Havertz and Christian Pulisic have been trying to develop an understanding with little opportunity to work on the training ground, Lampard has attempted to make up for the loss of Ziyech’s directness from the right with a combination of Mason Mount or wing-backs.

Now the former Ajax player is ready to make his first start in the Premier League, which could see Lampard finally unveil his front four from the outset.

“In terms of having him fit and playing this week was great for us because a lot of people I feel have questioned the attacking side of our game in the early part of the season and we scored a lot of goals,” said the Chelsea manager.

“I always felt when Hakim is fit, when Christian is fit, which has only been in the last few games, we’d start to see the side. We had Pedro last season and Willian was a huge player.

“The year before that we had Eden Hazard. Those sort of players don’t get replaced on a whim.

“With Hakim we had the potential to bring in someone with real different qualities to what we’ve had in recent years in terms of a left-footed, right-sided player, which was his main position at Ajax.

“He does it in a way that he very much about opening up chances for others with his crossing ability and final pass. He’s not necessarily a winger who is going to fly past players all the time, albeit that is in his game.

“He can find a pass and sometimes last season, I felt we lacked that when we were playing against low-block defences. We saw a bit of his quality and personality against Krasnodar.

“The idea of receiving the ball and turning, facing forward and finding that pass before teams are set, that is what I’m excited about to see from Hakim.”

On the pitch Ziyech is continuing the rich traditions of Chelsea wingers from Arjen Robben to Hazard. But it is his personality which has also struck Lampard, who was part of strong, vocal dressing rooms during his trophy-laden playing career at Stamford Bridge.

“I really like him as a personality,” he added. “I had conversations with him very early when we signed him and was struck by his confidence. There is an inner confidence which I love. We needed that.

“We need players with confidence and personality who believe they should be here and want to offer something. He has been an absolute dream to work with.

“Sometimes you see the best of players when they are injured. Because he was so excited to come here and hit the ground running and got his injury in pre-season and his work ethic in the gym, interaction with the physios, desire to get fit and to form relationships in the group, he has made himself at home and felt at home in a short space of time.

“I think he is going to be a big plus for us on the pitch and in and around the pitch I can see it already.

“He is a confident lad and player by nature, which is something I sensed, so I did feel pretty comfortable about the idea that he would come in and settle.

“He had played at a good level and I watched him in a lot of the Champions League games for Ajax so I knew he had the ability to play at this level, but it is not an easy league.

“I have said that about other players and I can’t take Hakim out of that either. People always think that personality is about getting a foot in, shouting and fighting to the end. This sort of stuff.

“Of course you require that in football, but sometimes personality is receiving the ball in tight areas when others don’t want to and taking the confidence to keep getting it and make things happen even if you try a pass that has not got there.

“I need players who can try to make that pass and try to bring us up a level.”

Lampard inherited Pulisic – but has otherwise been responsible for overseeing a dramatic reshape of Chelsea’s attack in a short space of time.

From providing platforms for Tammy Abraham and Mount to bringing in some of Europe’s most exciting forwards in Werner, Havertz and Ziyech, he has assembled a team with goals all over the pitch.

Chelsea have had 13 different scorers in just 10 games in all competitions. But just as satisfying for Lampard has been a run of three straight clean sheets, which he hopes to extend against Burnley.

“Clean sheets don’t come without absolute concentration and that is definitely not the end of the job,” he added. “We have to show that for every game. Burnley will be a great test of that.

“I want us to have a lot of movement in how we play. I want to move the ball quickly and try to create chances. So we will try to get the balance right.”

This weekend get a £10 free bet with Betfair, when you bet£10 on a Same Game Multi on the Premier League.

NASCAR crew member, 30, and his new bride, 23, die in car crash while on Florida Keys honeymoon

Ireland will re-open next week with shops, gyms and restaurants all returning