Chelsea player ratings and what we learned vs Burnley: Blues clicking as Mason Mount and Kai Havertz star 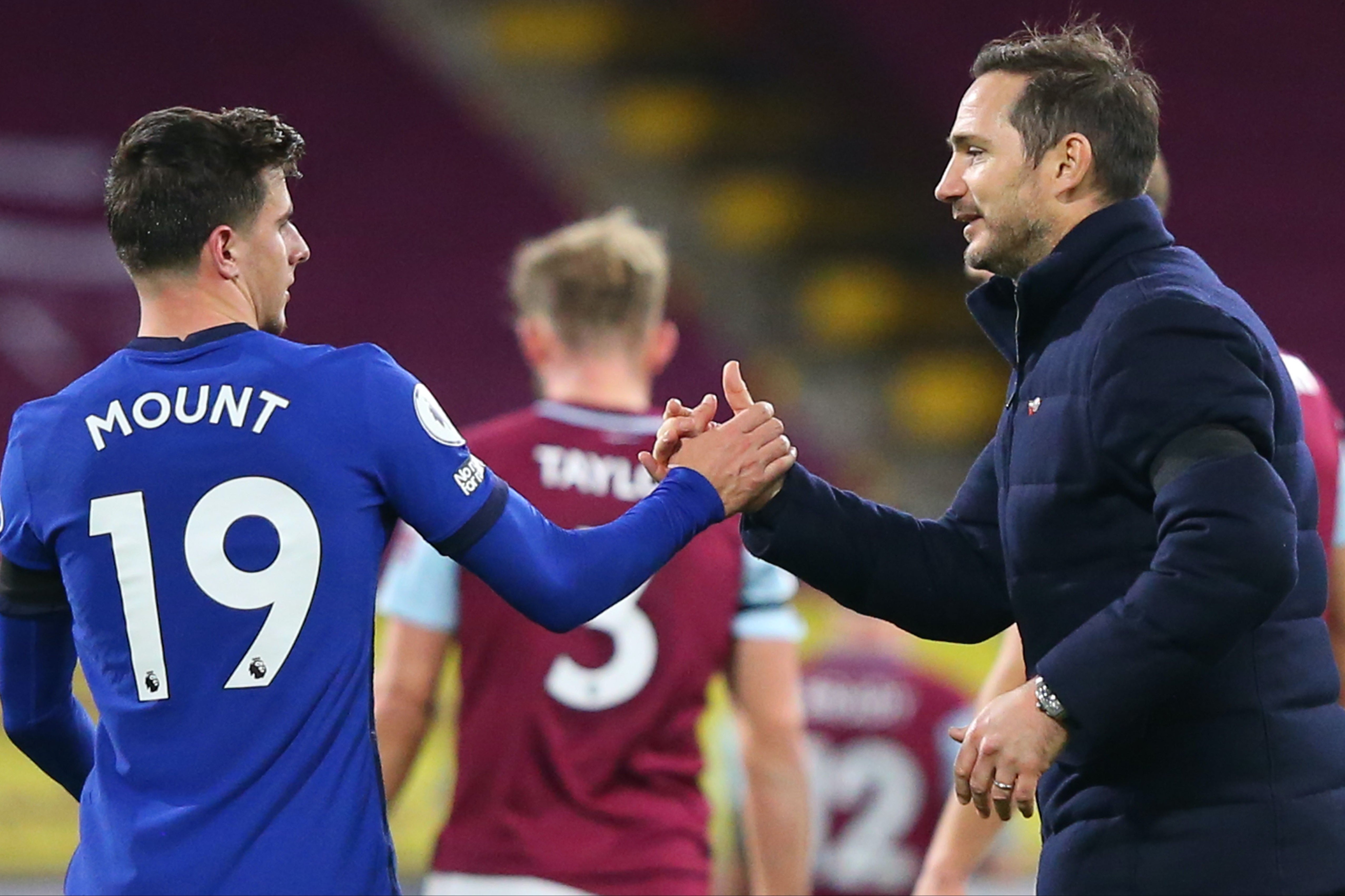 rank Lampard likes to say Chelsea are learning in ‘real time.’ With each passing week they look more and more like the real deal.

Fresh from a 4-0 Champions League win in Russia they came through another test of their credentials at Burnley.

A 3-0 win was never in doubt from the moment Hakim Ziyech gave them a 26th-minute lead. From there on in it was a demonstration of Chelsea’s maturity, versatility and attacking power. It was also a fourth clean sheet in succession after question marks about their defence at the start of the season.

Most encouraging for Lampard will be the knowledge that his emerging team still can’t be considered the finished article.

Timo Werner, who got on the score sheet for the second time this week, is yet replicate his devastating form from Germany.

Kai Havertz – who was particularly influential in the first half – is still finding his feet in this Chelsea midfield.

Meanwhile Christian Pulisic was a late withdrawal after suffering an injury in the warm-up, meaning Lampard is still to start what would be considered his strongest attack.

Mason Mount may have something to say about that after an outstanding performance in midfield – but what it points to is the strength in depth at Chelsea’s disposal as Lampard aims to mount dual challenges in the Premier League and Europe.

Against a Burnley side that pushed Jose Mourinho’s Tottenham so close on Monday, Chelsea’s dominance can be judged against a performance that signalled Spurs’ own title ambitions.

Where as Mourinho was content to stifle Sean Dyche’s team, Lampard chose to take the game to Burnley, control possession at Turf Moor and front load his team with game-changers.

That was even after his plans were disrupted by the withdrawal of Pulisic, who scored a hat-trick on his last visit here – and his first goal of the season against Krasnodar midweek. Werner replaced the American on the left, with Tammy Abraham at the point of attack.

As impressive as Chelsea were, it was Burnley who had the first opening of the game inside 10 minutes when Ashley Barnes got in between Kurt Zouma and Thiago Silva to collect Matt Lowton’s diagonal ball. With Edouard Mendy advancing, he lifted a shot over the goalkeeper, but couldn’t keep it under the bar.

Chelsea took control from there with N’Golo Kante, Mount and Havertz completely dominating midfield and keeping Burnley entrenched in their own half.

Ziyech opened the scoring after 26 minutes as the visitors’ pressure finally told. Werner’s cutback from the right was turned to the edge of the box by Abraham. Ziyech was waiting to strike a first-time shot that wrong-footed Nick Pope, who should have done better as he was beaten by a shot straight in the middle of the goal.

Werner might have doubled their lead on the brink of half time when racing to meet Reece James’ cross. But Kevin Long got a crucial touch which rebounded back off the striker and into the arms of Pope.

Burnley managed to stem Chelsea’s flow at the start of the second half – but were undone by a thunderous header from Zouma as he met Mount’s 63rd-minute corner.

Werner made it 3-0 seven minutes later.

James cut oiut Ashley Westwood’s loose pass and drove at goal before laying off to Ziyech. He then looked up to play in Werner on the left of the box and the German swept a low shot into the bottom corner.

Ultimately Chelsea made light work of one of the most difficult trips in the Premier League and, week after week, are proving themselves to be fast learners.

Another switch of system for Chelsea underlined the versatility of Lampard’s squad.

He opted for 4-1-4-1 and his midfield has rarely looked so fluid.

Kante was at his dominant best in a holding role behind Havertz and Mount, who kept Burnley under almost constant pressure with their forward probes.

Lampard has preferred to operate with Havertz as a No10 – but he looked more comfortable with the added help of Mount alongside him, even if he had a less effective second half.

Lampard was already going to keep fans waiting to see his newly-assembled £200million forward line from the start. But Pulisic’s injury in the warm-up could see that wait extended even further.

Abraham had been selected ahead of Werner, who was a late inclusion to Chelsea’s starting XI.

But the change meant Werner had the opportunity to play left of the attack, which is a role he carried out in the past for RB Leipzig to good effect.

It was a measure of the options available to Lampard – and only builds up the anticipation ahead of his full strength attack finally being unveiled.

Out and About! Celeb Families Hitting the Beach Amid Coronavirus Pandemic

Martha Stewart: I haven’t spoken to my ex-husband since our divorce