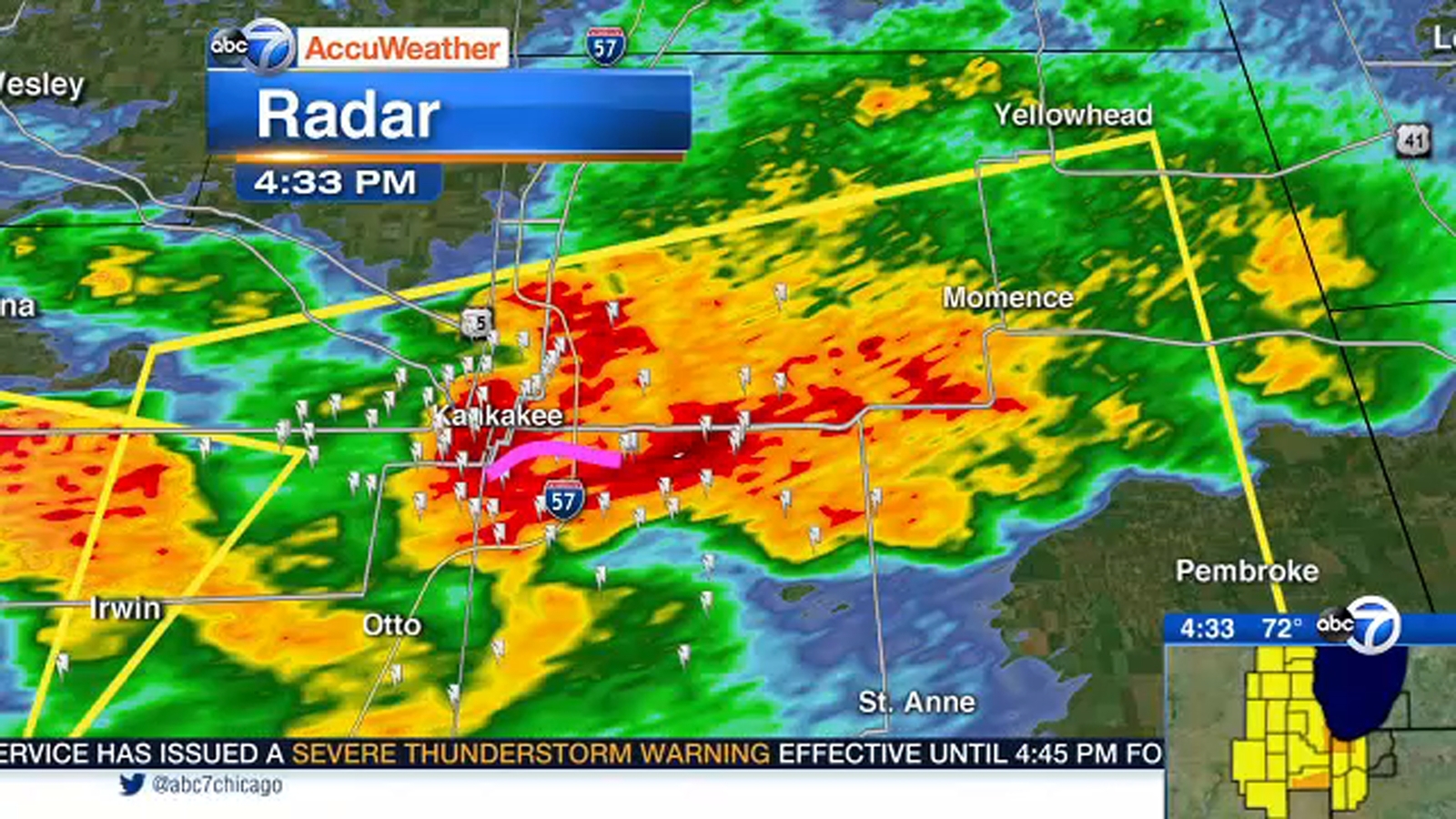 Lake and Porter counties in northwestern Indiana remain under a Severe Thunderstorm Warning until 5:30 p.m., with winds up to 70 mph and tornadoes possible. The severe storm also passed through Will, Cook and Kankakee counties.

Residents in all affected areas were asked to stay indoors.

A Flash Flood Warning was issued for Illinois’ Cook County and Indiana’s Lake County until 10:45 p.m. due to heavy rainfall.

A Tornado Warning was issued for Will County and part of Cook County from around 3 p.m. until 3:45 p.m. Residents in New Lenox, Frankfort, Fernway, Mokena, Homer Glen, Tinley Park, Oak Forest, Sunny Crest and Homewood were asked to take cover, according to ABC 7 Chicago Meteorologist Larry Mowry.

ABC 7 Chicago’s AccuWeather meteorologists predicted scattered and severe thunderstorms, some with tornadoes, would cross parts of eastern Iowa, northern Illinois and southern Wisconsin from midday Saturday through the afternoon.

RELATED: Get the latest AccuWeather reports from ABC 7 Chicago

Thunderstorms with very large hail and severe wind will affect parts of the northern and southern Great Plains.

That flooding was pervasive, shutting off power at Chicago’s Willis Tower and causing suburban residents to dry out their basements.

This is a developing story; check back with ABC 7 Chicago for updates.

Brandi Glanville reveals she sprays her children with BLEACH WATER

‘I wish I’d been kinder at the end’: Joe Wicks reveals guilt over split from Swedish ex-girlfriend

At Home Newsletter: Finding a Balance Between Solitude and Loneliness

Scenes from peaceful protests around US

Scenes from peaceful protests around US