A bus driver ended up knocking a passenger to the floor after he refused to stand behind a yellow line marked on the vehicle.

The interaction was all caught on cellphone camera after the passenger appeared to refuse to listen to the driver’s instructions.

The video starts with the argument already underway and the driver can be heard threatening to throw the driver off the bus. 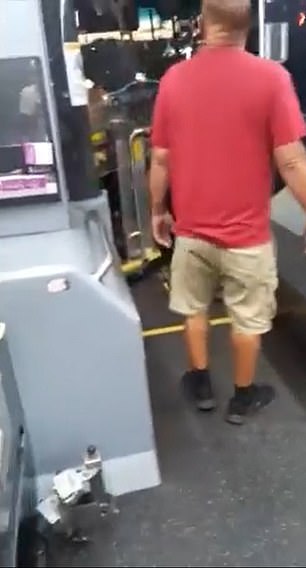 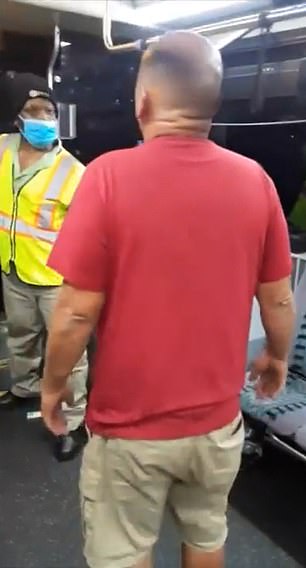 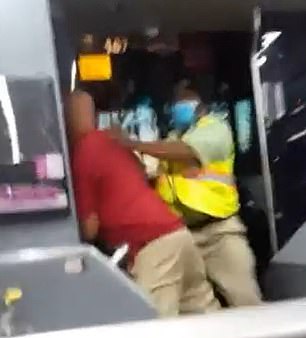 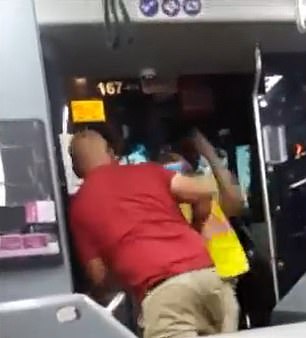 The dispute escalated until a punch-up occurred between the pair 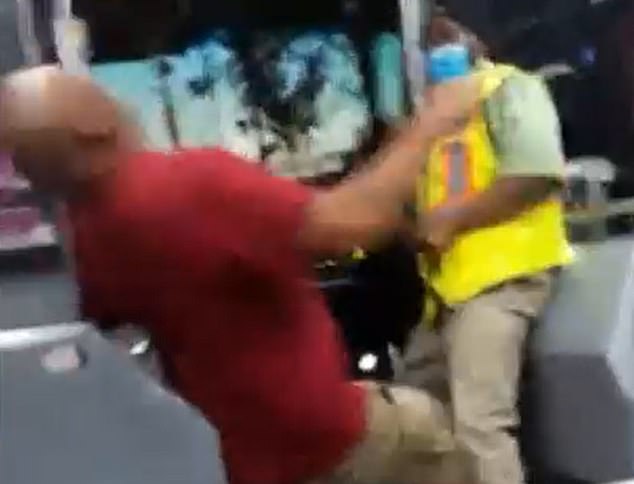 It’s not clear what sparked the initial dispute but the passenger shows no sign of backing down.

The tension builds as the pair argue back and forth until the driver turns his back.

The passenger, dressed in a red t-shirt and shorts, then shoves the driver using the plastic safety screen.

He does not take kindly to the physical assault and responds by violently hitting and punching the driver in a flurry of fists including one to his face. 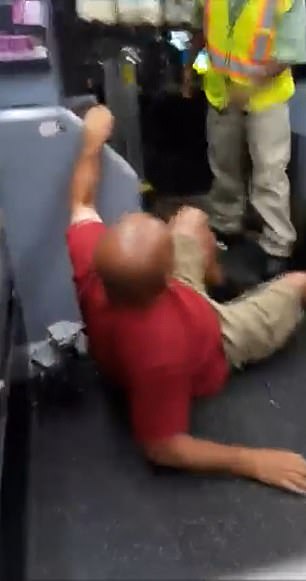 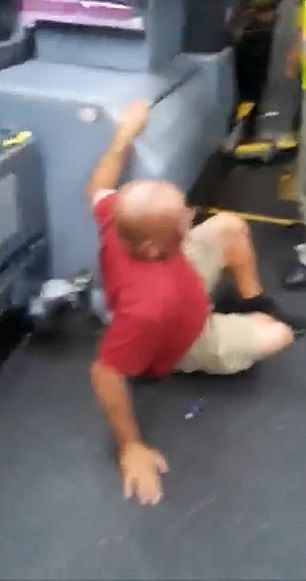 The driver ends up landing several blows as the passenger is knocked off his feet and falls to the ground.

After turning around, blood can be seen dripping from the side of his face and once again he begins antagonizing the driver.

It is not clear when or where the video was taken or indeed on which bus route the assault occurred.

When the passenger finally turns to the camera, blood can be seen dripping from the corner of his face. However, despite being wounded, he appears to be in no mood to give up 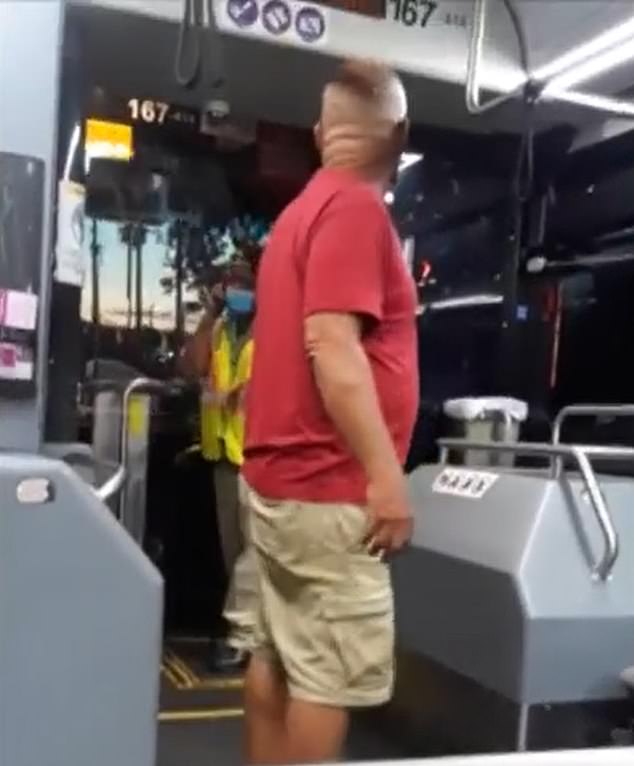 Once the passenger got back up he still refused to back down, continuing to antagonize the driver

Medical dream student ‘over the moon’ with grades U-turn