A civil servant arrested on suspicion of leaking diplomatic cables written by Britain’s former US ambassador has been bailed.

The official, who is believed to work at the Department for International Trade, was held ‘on suspicion of offences under the Official Secrets Act and misconduct in a public office’, Scotland Yard said.

His laptop and passport were seized by police and he has been suspended on full pay, according to reports.

Detectives are investigating the leaking of cables written by Lord Darroch in which he described Donald Trump as ‘inept’, ‘insecure’ and ‘incompetent’.

Lord Darroch resigned days after his criticisms were leaked to the media.

Details about the arrest come days after Lord Darroch, 66, was accused of passing sensitive information to an American TV reporter with whom he was having an affair. He is believed to have fiercely denied any impropriety.

The arrest, which will send shockwaves through Whitehall, comes 15 months after this newspaper disclosed a string of bombshell cables and memos written by former US ambassador Lord Darroch. 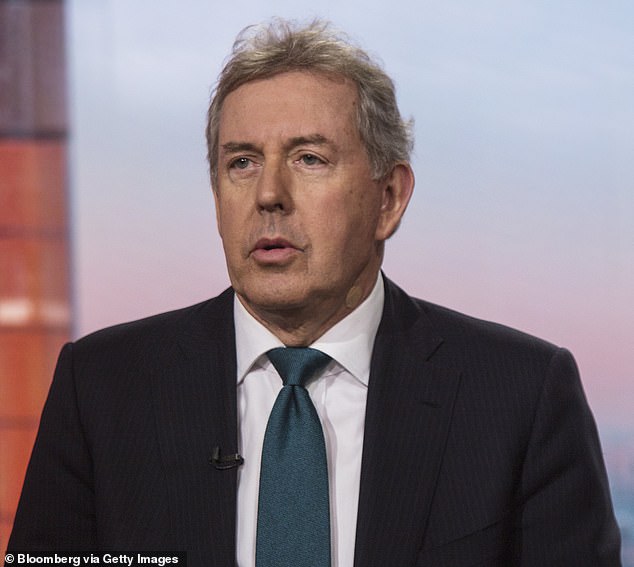 In them, he described Donald Trump as ‘inept’, ‘insecure’ and ‘incompetent’ and warned that the President’s career could end in ‘disgrace’.

The story made headlines around the world and prompted Mr Trump to brand Lord Darroch, then Sir Kim, a ‘stupid guy’ and ‘pompous fool’.

Darroch resigned three days later when Boris Johnson refused to back him during a televised Tory leadership debate.

The latest development came as Lord Darroch was accused last week of giving sensitive information to an American TV reporter with whom he was having an alleged affair. It is understood they firmly deny the claims.

The arrested official is believed to have been suspended on full pay. The DIT has begun its own internal leak inquiry.

The involvement of Scotland Yard’s counter-terrorism unit in the hunt for the mole is understood to have followed an independent assessment by the police and Crown Prosecution Service of whether the Official Secrets Act had potentially been breached.

GCHQ, the Government spy agency, is also thought to have been involved. 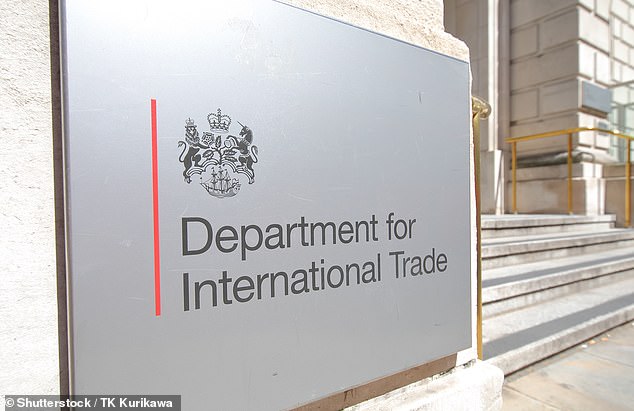 The civil servant, who is believed to work at the Department for International Trade (DIT), was arrested on suspicion of breaching the Official Secrets Act and misconduct in public office. Pictured: Stock image 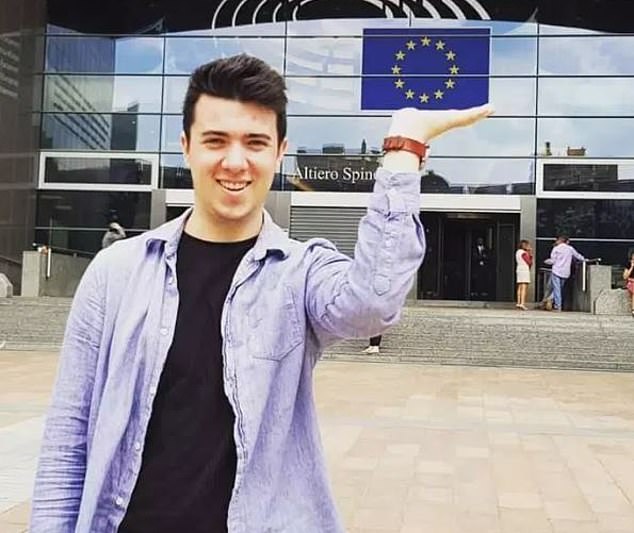 A fortnight after the content of the Foreign Office cables was published, journalist Steven Edginton came forward to reveal that he had been given the diplomatic messages by a ‘trusted source’ while investigating how the Civil Service was preparing for Brexit.

While the leaked cables proved hugely embarrassing for Lord Darroch, they did not contain any state secrets.

Asked about it at the time, Mr Johnson defended the freedom of the media to ‘bring new and interesting facts into the public domain’, adding: ‘It is embarrassing, but it is not a threat to national security.’

But the so-called Washington Files revelations prompted a chilling threat by the Met’s Assistant Commissioner Neil Basu that publishing the contents of the documents could be ‘a criminal matter’.

Last night, a Government source confirmed a person had been arrested in connection with the leak inquiry.

Strictly Come Dancing has its ‘highest ratings in THREE YEARS’

Amazon announces it will create 7,000 jobs at its warehouses and other sites across the UK

Is this life as we know it until a vaccine is found?