Calls to protect cash users have intensified amid concerns the pandemic has sped up the end of notes and coins.

Consumer group Which? has demanded the Government make good on promises to secure access to cash as thousands of free-to-use ATMs have vanished over recent years.

Many have been replaced with machines that now charge up to £2 a time to people who want to withdraw their own money. 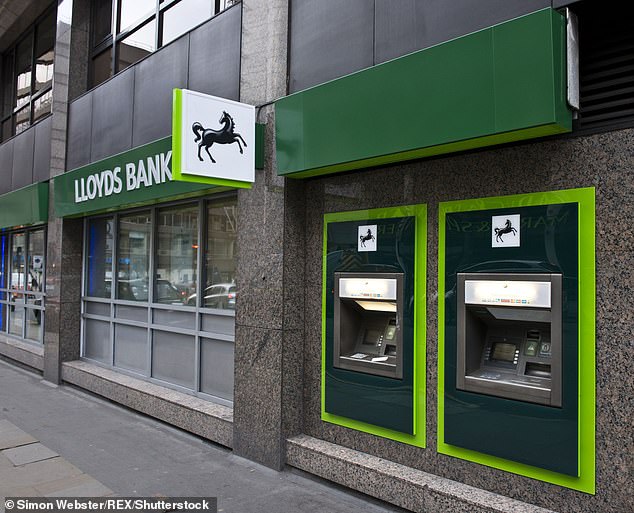 Some 12,700 free-to-use ATMs have been removed across the country since January 2018. And research by Which? found that the most deprived areas are worst affected by their closure.

Campaigners want a change in the law to make it easy and free to ask for cashback and counter withdrawals from all forms of retailers.

Gareth Shaw, of Which?, said: ‘The Government needs to swiftly set out its plans for the future of cash. Legislation is a fundamental part of this and there is an urgent need for a clear timeframe… so that industry and regulators can work with the Government to ensure that cash is protected as a payment method for those who have no other option.’

ATMs are the most commonly used means of withdrawing cash, responsible for 91per cent of the value. Campaigners want a change in the law to make it easy and free to ask for cashback and counter withdrawals from all forms of retailers.

There are also demands to ensure that the population continues to have access to free cash machines within easy reach of their homes.

Two London Parliamentary constituencies – Harrow East and Feltham and Heston – have seen the largest fall in ATMs, down by 56 and 46 per cent respectively.

Nottingham East has seen 43 per cent of free cash machines closed, but an 11 per cent increase in pay-to-use machines.

Two Birmingham constituencies – Hall Green and Hodge Hill – have seen a reduction of more than 40 per cent, while both had a 59 per cent increase in charging machines.

Man Was Beaten, Carjacked Of All The Cars He Was Delivering To Des Plaines Dealership, Police Say

Disney World restaurants appeared to suddenly increase their indoor dining capacity, but representatives say it was just a technical issue with online reservations