Cop shoves an elderly man, 77, twice after ‘accusing him of dodging a breath test’ in Sydney

Shocking footage has been released showing a policeman violently shoving an elderly man during an argument.

Youtham Ashourian got into a confrontation with the officer over what he claims was a misunderstanding about a traffic stop.

Mr Ashourian pulled up outside his Penrith home at 7.30 on Saturday night when officers asked him if he was driving his car when it failed to pull over for a random breath test. 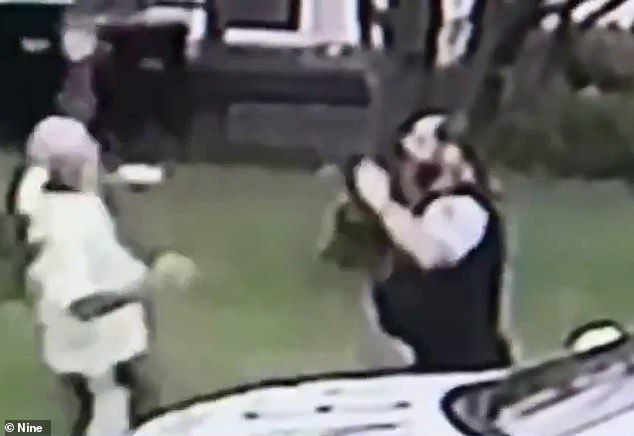 The 77-year-old said he told the cop he hadn’t done anything wrong and it wasn’t him behind the wheel.

Mr Ashourian said he became upset after the officer called him a liar.

The policeman then roughly shoved Mr Ashourian twice in his chest, nearly causing him to lose his footing and fall. 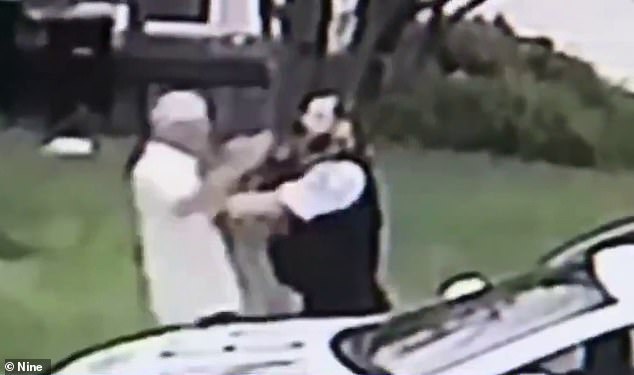 The policeman then roughly shoved Mr Ashourian twice, nearly causing him to lose his footing and fall 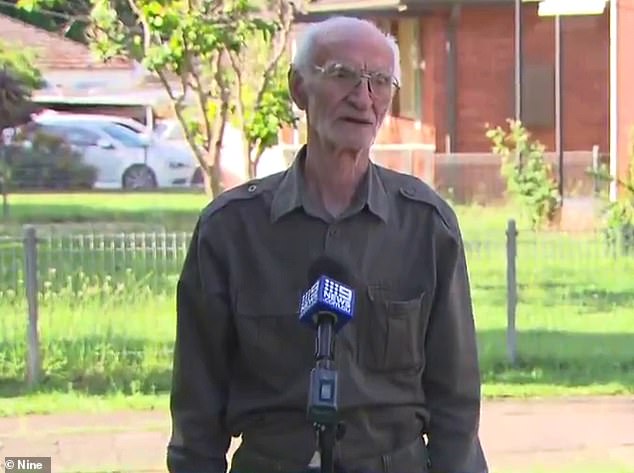 ‘Police should take care of people,’ Mr Ashourian told Nine News. ‘They are not to assault people. This is assault.’

His son Tom was also outraged by the incident, saying if he fell over and hurt his head he could have died.

‘He nearly fell over. If he fell over I don’t think he would have been able to put his hands down and probably would have hit his (head),’ he said.

Police said Mr Ashourian failed to provide details of the person driving his car who allegedly failed to stop.

A court notice will be issued to compel him to named that person.

Horror high-speed crash at a sidecar racing event in Adelaide