Copperhead snake is spotted lying on the doormat of Victorian home

A homeowner was shocked to see a snake sitting on the mat outside their front door this week.

A photo of the frightening encounter was shared to Reddit and shows a copperhead snake camouflaging with the doormat outside the home in Victoria.

‘One way to stop door knockers,’ the caption read.

But one snake enthusiast pointed out the reptile was likely lying underneath the door to catch some of the cool air being pumped out by the home’s air conditioner. 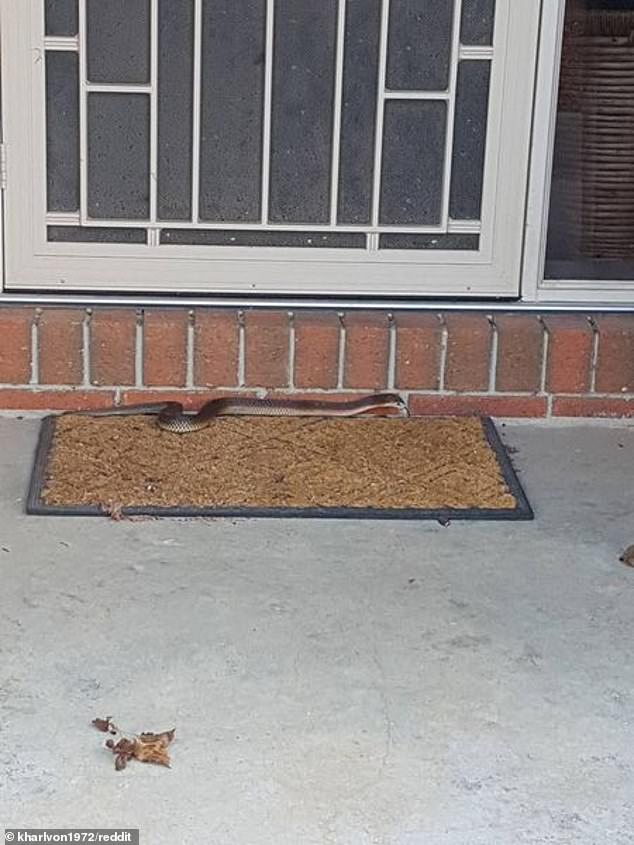 ‘Apparently they enjoy the AC that manages to escape under doorways, so your friend there may just be dropping by for some cool change!’ Someone wrote.

Snakes have been repeatedly spotted hiding out in people’s air conditioning vents in a bid to escape the scorching summer temperatures outside.

The homeowner who spotted the copperhead said because they lived near a creek, they often had snakes near their home.

Luckily they were able to shoo the reptile away to a nearby park without being bitten.

Copperhead snakes are venomous but aren’t known to attack humans.

While their bite can be painful it will very rarely lead to fatalities.

The copperheads are found in south-eastern Australia including southern Victoria and Tasmania.

They usually grow to around three feet long.

FAA investigation into ‘Jet Pack Guy’ suggests it might not be a guy at all, but a drone