Barcelona clawed their way to victory in their Copa Del Rey last 32 tie against Cornella on Thursday evening, needing extra time by the Segunda Division B side.

Ronald Koeman’s side came dangerously close to becoming the second LaLiga giant to be knocked out of the competition by a third-tier club, after Real Madrid fell victim to Alcoyano on Wednesday.

The match – just a ten minute drive from Barca’s famous Nou Camp stadium, saw the Spanish giants spurn two chances from the penalty spot after Miralem Pjanic and then Ousmane Dembele were both denied from 12 yards. 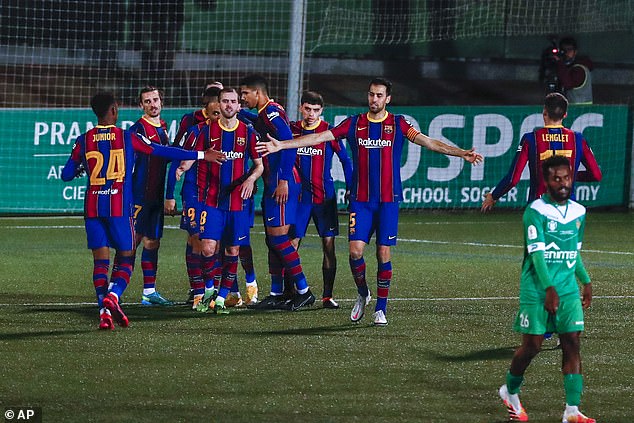 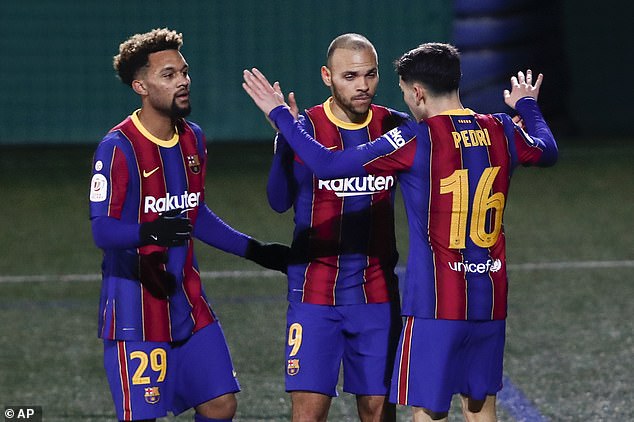 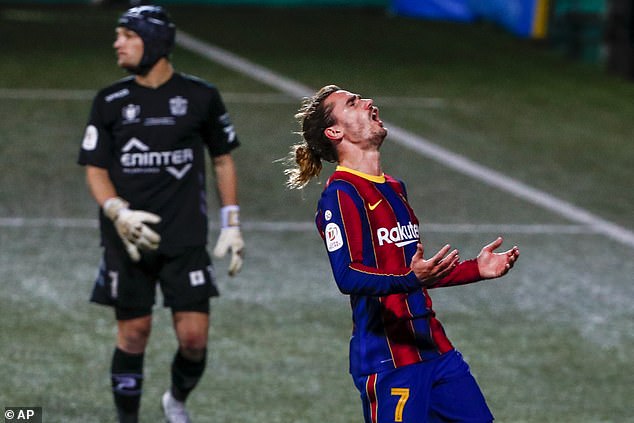 Barca had been frustrated by the second tier side despite starting Antoine Griezmann and Co.

Dembele would however make amends, finding the back of the net in extra-time, smashing home an effort from 25-yards.

Barca then assumed control of the contest, before forgotten man Martin Braithwaite then secured victory in the dying moments once the hosts had been reduced to 10-men following Albert Manel Estelles Fernandez’s sending off on 118 minutes.

Former Middlesbrough man Braithwaite’s 121st minute winner booked Barca their spot in the round of 16, enabling Koeman to breath a sign of relief as his men struggled without talisman Lionel Messi. 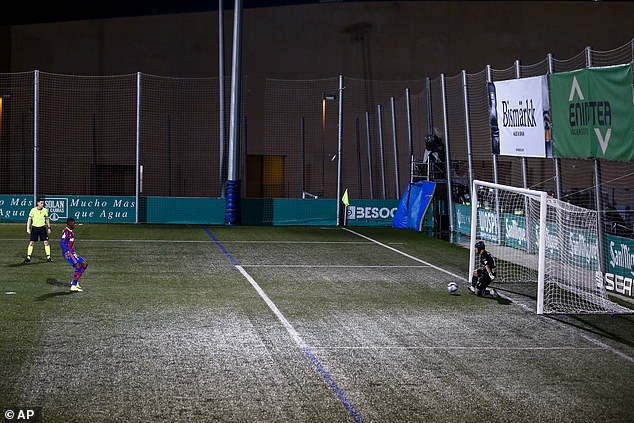 Ramon Juan became the first keeper ever to save two Barca penalties in the same game, denying both Miralem Pjanic and Dembele from 12-yards out

It was Barca’s first match without the Argentine following a recent red card, which the Catalan side intend to appeal his suspension which is set to see him also sit out Sunday’s LaLiga trip to Elche.

Cornella showed they had enough quality to put up a fight, with Ramon Juan becoming the first goalkeeper ever to save two Barca penalties in the same game.

Regardless of their win, Ronald Koeman will be concerned as their game against Cornella marks the third time in a row that Barca have been taken to extra time. x 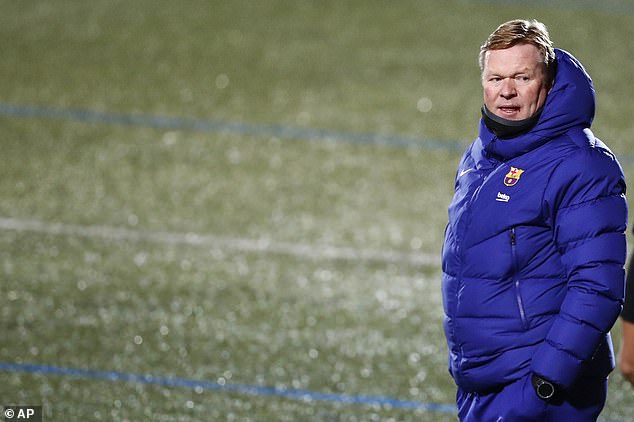 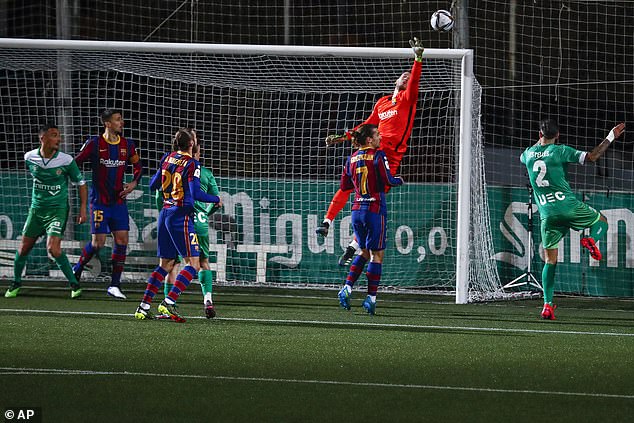 Now, with both Real and Atletico Madrid out of the cup, Koeman may view the competition as his best opportunity to lift silverware with Barca.

In domestic affairs Barca now sit ten points off the pace in LaLiga after their former star man Luis Suarez snatched a last-minute win for leaders Atletico at Eibar on Thursday evening.

Sami Khedira in talks with Everton over potential free transfer

Manchester City: 10 reasons why this could be their greatest season

Budget 2021 Live: Analysis, reaction and verdicts on the statement

Kotara, Newcastle six-hour siege after alleged kidnapping from Armidale leads to a man on the run