Australia is set to spend half a billion dollars on an ‘advance purchase’ of COVID-19 vaccines to help its regional neighbours bounce back from the pandemic.

PM Scott Morrison signed a deal with UK drug firm AstraZeneca, which is developing their vaccine at Oxford University, in August – but no money has been exchanged.

The federal government has instead signed a so-called ‘Letter of Intent’ with AstraZeneca in which the firm agrees to hand the vaccine over to Australia as soon as it is approved. 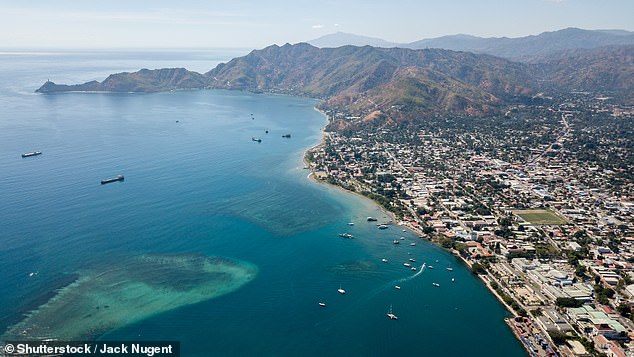 ‘The Indo-Pacific region is the engine of the new global economy,’ Minister for Foreign Affairs Marise Payne said in a statement on Saturday.

‘Ensuring it can recover quickly will stimulate economic activity and restore jobs at home and abroad.’

The purchases will be made from a range of manufacturers via the global COVAX Facility plan, which aims to ensure virus vaccines are shared with all nations.

Australia will provide a range of support with the vaccine doses, including vaccine safety and effectiveness assessments, advice to each nation’s regulatory authorities, technical support as well as passing along vital World Health Organisation information.

The plan will be rolled out over three years to help countries, like Timor-Leste to Australia’s north, achieve full virus immunisation coverage.

‘A fast, safe vaccine rollout in the Pacific and Southeast Asia will mean we are able to return to more normal travel, tourism and trade with our key partners in the region,’ Ms Payne said. 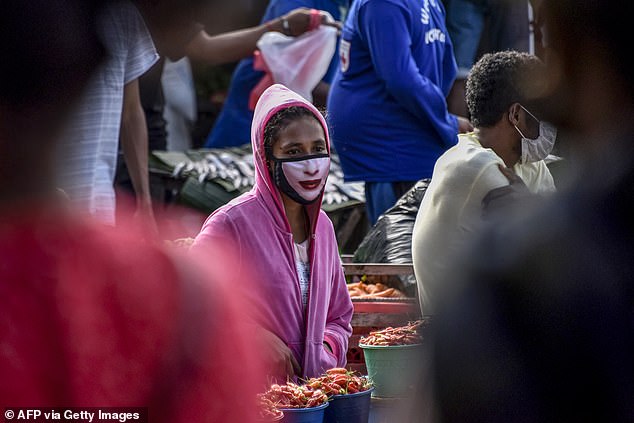 A vegetable vendor in a face mask amid COVID-19 concerns at a market in Dili, Timor-Leste. Pacific and Southeast Asian nations with economies that rely on tourism have been devastated by travel restrictions amid the pandemic. The Morrison government says helping Pacific and Southeast Asian nations will assist Australia’s economic recovery and health security

‘Until the pandemic is over for everyone, it’s not for anyone and this support for South East Asia and the Pacific to introduce a successful vaccine is a strong contribution towards ensuring the health of all Australians and our neighbours,’ UNICEF Australia researcher Alice Hall said.

Save the Children Fund said the pledge is a good start but more will need to be done.

‘A vaccine is still a long way off and the pandemic is expected to push a further half a million people in the Pacific into poverty,’ deputy chief executive Mat Tinkler said.

‘Pacific economies – many heavily reliant on tourism – have been decimated.’

Mr Tinkler called on the federal government to also increase support for impoverished people in the Pacific.

‘We are urging Australia to work with the Pacific to create a social protection system that reaches the poorest children and families,’ he said.

‘Strong social intervention would save lives now and is in Australia’s strategic interests.’ 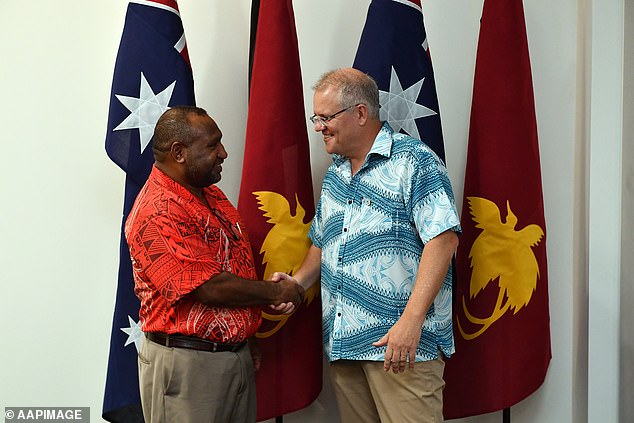 The Australian government has also entered into advanced purchase agreements with Astra Zeneca-Oxford and CSL-University of Queensland for over 84 million units of vaccines.

Mr Morrison signed a deal with Astra Zeneca-Oxford, which is developing their vaccine at Oxford University in August.

All 25 million Australians will be able to get injected for free just weeks after the vaccine is approved, which is expected to be late this year or early next year.

The vaccine, licensed by UK drug firm AstraZeneca, is in phase three trails on thousands of people in the UK, Brazil and South Africa.

Earlier trials found it generated a strong immune response and a four-fold increase in antibodies against coronavirus in 95 per cent of participants. 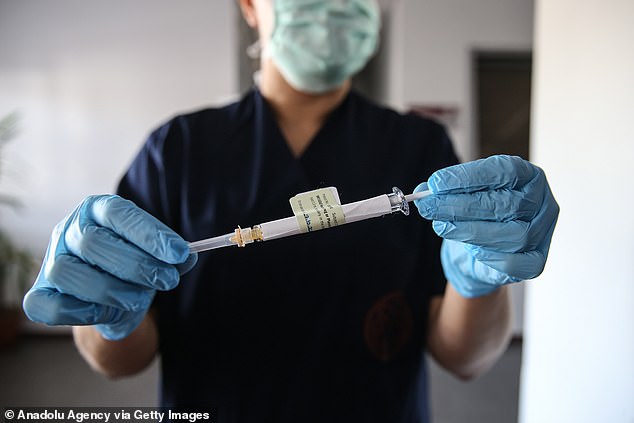 A health care worker holds an injection syringe of the phase 3 vaccine trial. The Australian government has entered into an advanced purchase with Astra Zeneca-Oxford, which is developing a vaccine that is in phase three 3 on thousands in the UK, Brazil and South Africa

To save the arts and all else we hold dear, a wealth tax now seems the only answer | Polly Toynbee