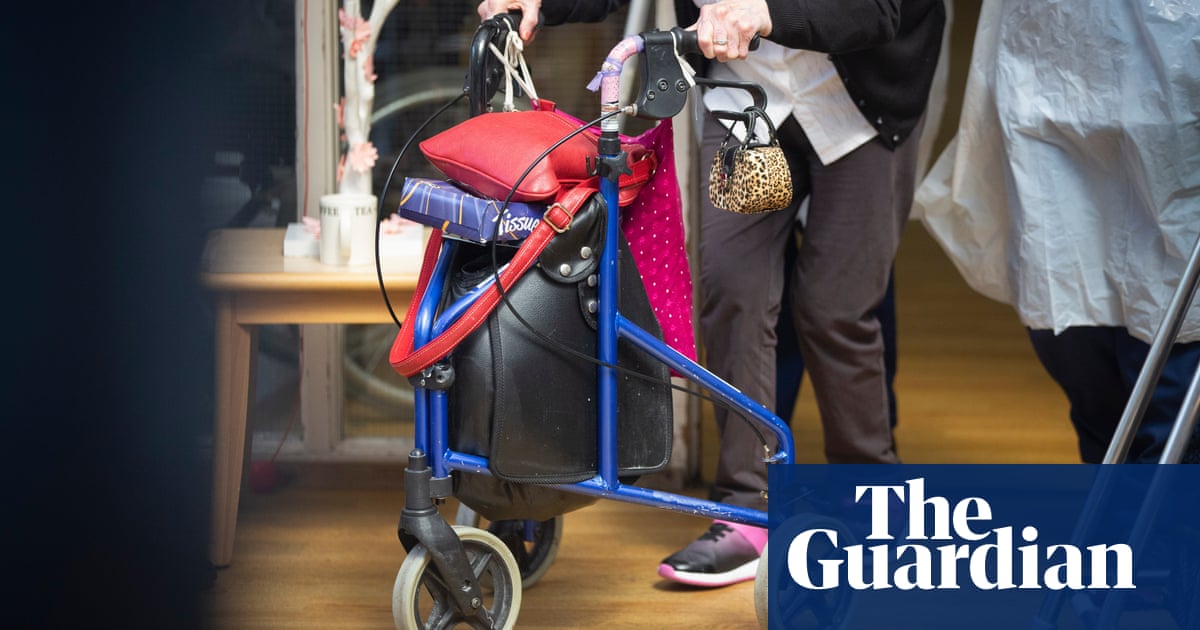 Care homes in England that use more agency staff or do not offer sick pay are more likely to have higher levels of Covid-19 infection among residents, according to the Office for National Statistics.

The ONS findings, highlighting how staff often on low pay and zero–hours contracts may have inadvertently contributed to the spread of the virus, came as the coronavirus-related death toll in care homes in England and Wales rose to 19,394.

The Vivaldi study published on Friday, based on responses from 5,126 care homes in England, found that residents in care homes that used bank or agency nurses or carers most days or every day were 1.58 times more likely to test positive for Covid-19 than those in homes that did not use such staff.

Prof Sarah Harper, Clore professor of gerontology at University of Oxford, said: “Many of the care workers either work through agencies or have multiple roles, and they can visit several care homes and homes in the community all on the same day, which can further spread the infection between the most vulnerable groups of the population.

“This again raises the question of the state of the social care system, which has been in desperate need of reform for years. It is underfunded and the care workers are underpaid. If we look at other countries where care home deaths were not as high, we can see a very different system of trained, respected carers, properly rewarded for their difficult work, and not reliant on multiple agency jobs to earn a living.”

The ONS contacted 9,081 care homes between 26 May and 20 June asking for data since 1 March. Extrapolating the responses from 56% of homes, the ONS estimated the number of deaths in all homes contacted to be 15,606, equivalent to 5.3% of residents.

The Guardian revealed in May that results from a Public Health England study conducted over Easter weekend from 11 to 13 April using genome tracking to investigate outbreaks showed that temporary care home workers unwittingly spread the infection, in some cases when they were covering for staff who were self-isolating to protect residents.

The Department for Health and Social Care’s social care plan, published on 16 April, mentioned nothing about restricting staff movements between homes in its chapter on “controlling the spread of infection in care homes”.

Dr Michael Head, senior research fellow in global health at the University of Southampton, said: “These members of staff are often receiving relatively low pay, yet they are working in an incredibly difficult environment and sometimes without appropriate levels of PPE (personal protective equipment). There does need to be a conversation about how best to manage residential and nursing care during a public health emergency and that conversation needs to consider the needs of the staff.”

Prof Keith Neal, emeritus professor of the epidemiology of infectious diseases at the University of Nottingham, said the contribution to spread of infection by staff working in multiple homes “was a lesson we should have learnt from the spread of MRSA decades ago”.

The ONS estimated that 56% of the 9,081 care homes it contacted used bank or agency staff and 7% do not offer sick pay.

Gavin Edwards, Unison’s senior national officer, said: “The best-run homes pay employees full wages to workers off sick. In others, ill staff are effectively forced into turning up for work because they can’t survive with no money coming in.

“If ever there was a time for urgent and comprehensive reform of the care sector, it’s now.”

Amid the havoc wreaked by coronavirus, there is another danger we’ve forgotten | Jonathan Freedland

Sydney Father-of-two hitman, 29, who killed an innocent boy, 15, is sentenced to 30 years in jail

Could Donald Trump start war with China over Scarborough Shoal to win re-election?

Could Donald Trump start war with China over Scarborough Shoal to win re-election?