Two Irish nuns are accused of breaking lockdown restrictions in order to attend an exorcism at a park in Dublin.

Mother Irene Gibson and Sister Anne Marie allegedly travelled from Cork to Dublin to attend an exorcism of the Dáil in December, at a time when domestic travel was not permitted.

They attended the exorcism before taking part in a traditional Latin Mass with around 70 participants outside the Irish Parliament in Dublin on December 8. 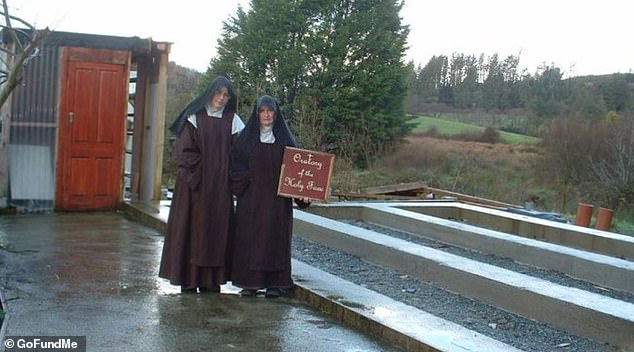 Two members of the Carmelite Sisters of the Holy Face of Jesus. Two Irish nuns are accused of breaking lockdown restrictions in order to carry out an exorcism at a park in Dublin

According to a report in the Irish Examiner, the nuns travelled around 135 miles to the exorcism expunging supposed evil spirits of the President of Ireland and the nation’s top lawmakers,

At the time, lockdown laws in Ireland meant that no more than 15 people were allowed to assemble outdoors.

Father Giacomo Ballini, of the splinter group The Society of St Pius Resistance can be seen spraying holy water on an Irish Government Building. 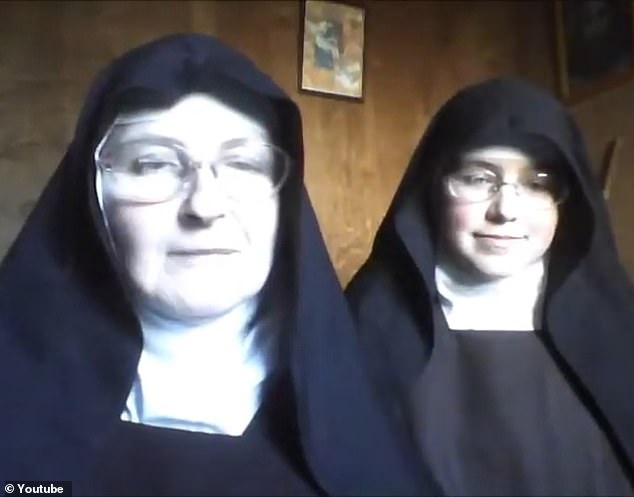 He also prays for Satan to ‘leave this place.’

Father Ballini tells the crowd: ‘No human power can take away the right to say Mass.’

According to the Irish Examiner, the sisters, of the Carmelite Sisters of the Holy Face of Jesus, had previously been convicted of violating planning regulations while setting up a religious retreat.

People have raised over £63,000 on their GoFundMe page to help them move to a new retreat.

As Visa and Mastercard raise fees, merchants may look to crypto

Wales bans smoking outside schools and hospitals with £100 fines promised