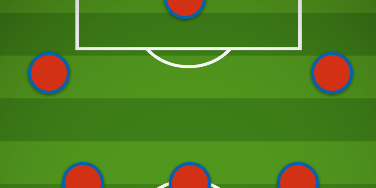 Crystal Palace manager Roy Hodgson has options at the back once more as Gary Cahill, James Tomkins and Patrick van Aanholt stepped up their recoveries during the international break.

However, James McCarthy and Wayne Hennessey returned from their international camps injured, the latter likely to be out until the new year and the other prompting a late move for Jack Butland on the final day of the domestic window.

Hodgson, though, will be content with his options ahead of facing face rivals Brighton today.

“Hennessey is still waiting for a scan and to see a specialist,” said Hodgson. “I wouldn’t dream of making comments on that until later. It’s the muscle very high up [his leg] that you kick with.

“McCarthy had a scan in Ireland and when he came back – the one here showed a Grade 1 injury to his hamstring and as a result is unavailable.

“Normally those take between two and three weeks, but I’d be very surprised if he’s training in the early part of next week.”

What do your dreams REALLY mean? Psychologist decodes the meanings behind the top ten nightmares