One of the women who has accused NY Governor Andrew Cuomo of unwanted sexual advances claims the governor had someone else take his mandatory workplace sexual harassment training for him.

Charlotte Bennett says in an interview on  ‘CBS Evening News with Norah O’Donnell’ that Cuomo signed off on the training as if he had done it. 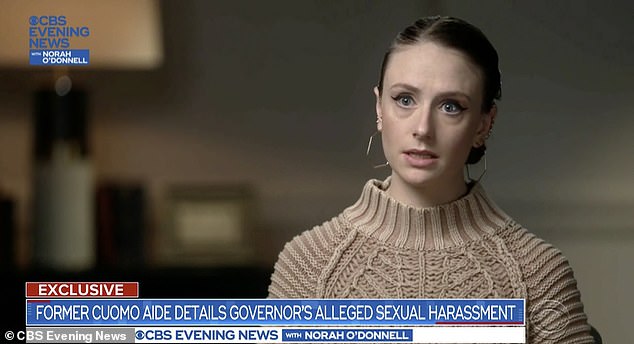 Charlotte Bennett gave an interview to CBS News in which she claims Gov. Andrew Cuomo had someone else take his mandatory workplace sexual harassment training for him – and signed off on it as if he had taken it himself 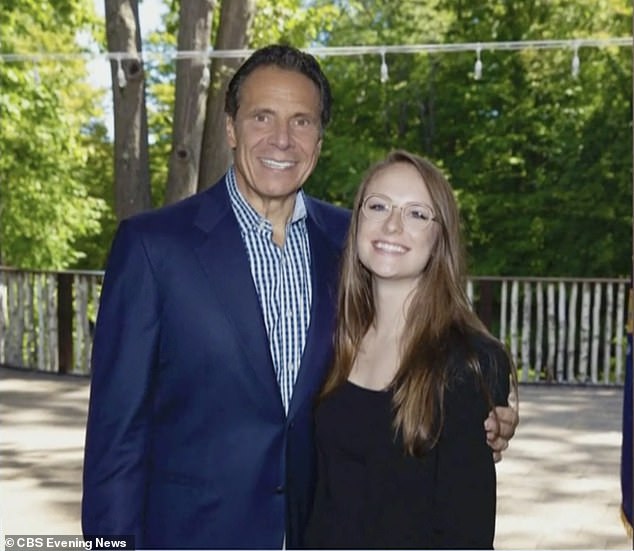 Bennett, 25, worked worked as a health policy adviser in Cuomo’s administration. She claims the governor sexually harassed her

‘How do you know that?’ O’Donnell asks.

‘I was there,’ Bennett, who worked for him at the time, answers.

‘I heard Stephanie, say, “I can’t believe I’m doing this for you,” Bennett recalls –referring to office director Stephanie Benton.

‘And then I heard her at the end ask him to sign the certificate,’ Bennett said.

Her claim contradicts Cuomo, who replied ‘the short answer is yes’ when he was asked Wednesday whether he had taken the mandatory training.

Bennett recently was the second woman to come forward with allegations against Cuomo, after former employee Lindsey Boylan, 36, alleged the governor invited her to play strip poker and once kissed her on the lips.

Bennett, who worked as a health policy adviser, claims Cuomo sexually harassed her. She says the governor asked personal questions about her sex life and told her he was open to dating ‘anyone above the age of 22.’

Mikel Arteta: players happy with Arsenal position are at the wrong club