A cyclist has been caught in alarming footage riding up behind a woman and kicking her to the ground in a bizarre unprovoked attack.

The 52-year-old woman was walking along Unitt Street in Melton, in Melbourne‘s west, on Tuesday afternoon when she was suddenly kicked in the back, causing her to slam into the concrete.

The cyclist is then seen riding away from the woman with another man also on a pushbike as bystanders rushed to help her.

The 52-year-old was so badly injured that she was forced to undergo surgery. 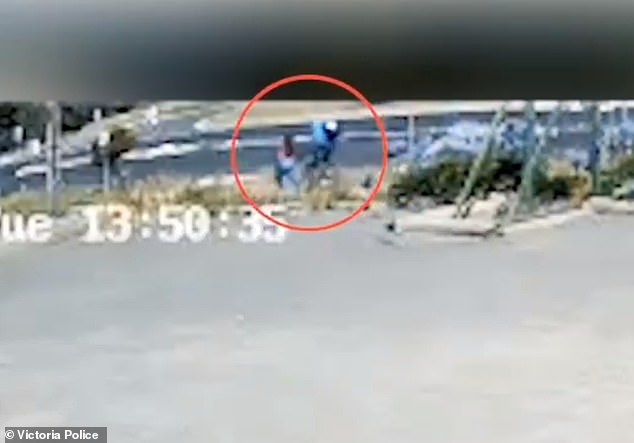 A 52-year-old woman was walking along Unitt Street in Melton, Melbourne, on Tuesday afternoon when she was kicked to the ground

Victoria Police have released footage and images of the cyclist as they investigate the assault.

The cyclist involved in the incident is believed to be in his early 20s and was wearing a blue hoodie with blacks pants.

He was also wearing a black backpack and cap, and riding a black pushbike.

The second man is also believed to be aged in his early 20s and was wearing a grey hoodie with a beige cap.

He was riding a black pushbike and had dark coloured pants and shoes on.

Anyone with information on the incident have been urged to contact Crime Stoppers on 1800 333 000. 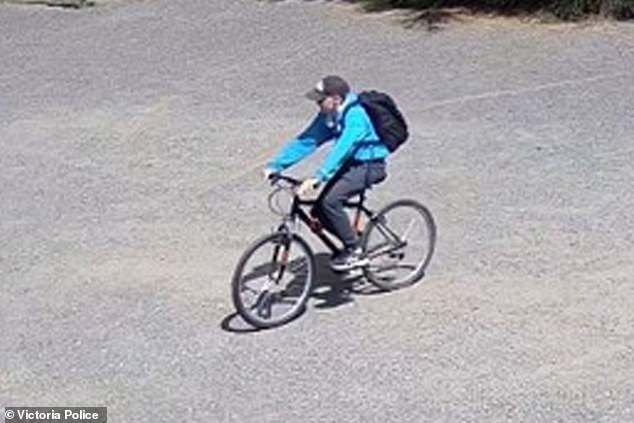 A cyclist (pictured) was filmed riding up behind a woman in Melbourne’s west on Tuesday and kicking her in the back. Police are now investigating

Congress Grants Waiver to Austin to Serve as Defense Secretary

Infamous bikie revealed as COVID-positive man who flew to Brisbane