Dramatic new CCTV has emerged of the moment an angry pub patron allegedly drove a 4WD through the front doors of the Six Tanks Brew Pub in Mitchell Street, Darwin.

Dale Talbot, 38, was charged with recklessly endangering life, dangerous driving, driving with a high range blood alcohol content and criminal damage after the incident in the early hours of December 6, 2020.

His alleged decision to get into the Land Cruiser followed an earlier alleged altercation in which Talbot was chased in the street outside the bar.

CCTV footage obtained by 9News shows Talbot falling to the ground and assuming the foetal position before he is allegedly set upon by a group of men. 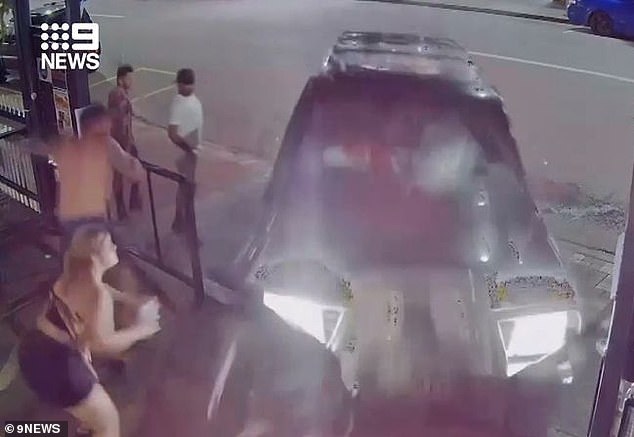 Joey Hazlebane, 25, Wade Hunter, 32, and Karlla Garling, 30, have been charged over the alleged assault on Talbot.

Their lawyer has told a Darwin court that the three will plead guilty to engaging in violent conduct and fighting in a public place.

Garling will contest a charge of aggravated assault.

Talbot’s family believe the assault caused him to go ‘over the edge’. 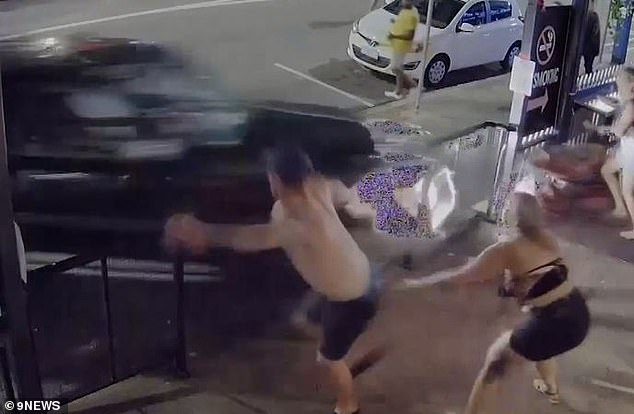 The footage shows patrons scattering as the 4WD veers sharply right off Mitchell St and through the glass front doors of the bar.

One man can be seen falling head first through one of the doors before regaining his feet and running away.

He then returns to join his two friends in allegedly throwing punches at the driver through the window of the car.

Talbot has remained in police custody since the incident and will face court later in March.

The case against Hazelbane, Hunter and Garling returns to court for a directions hearing on April 9. 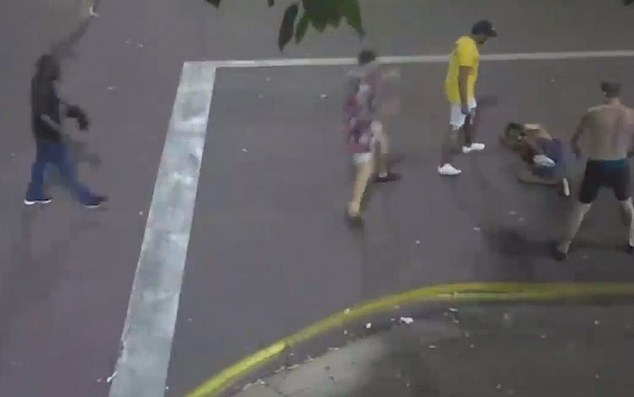