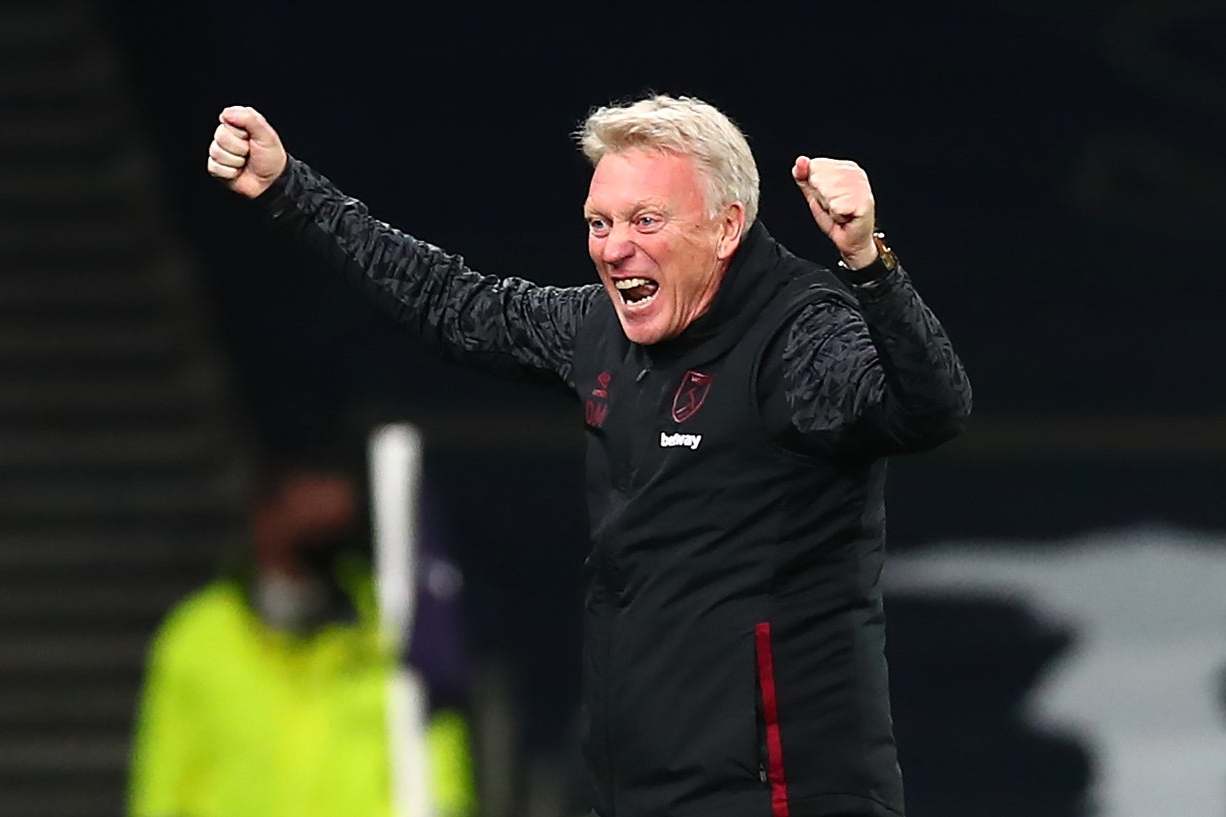 A proud David Moyes hailed the spirit of his West Ham players after their astonishing late comeback against Tottenham.

West Ham fought back from 3-0 down with under 10 minutes to go to draw 3-3 thanks to Manuel Lanzini’s stunning 94th-minute equaliser.

Moyes said: “As a manager it is difficult to use the word ‘proud’ very often, but tonight was a really proud moment for me to be the manager of the team. Because of how well they played, how well they kept at it, their honestly, their never gave in, they kept going.

“To be three goals down against Tottenham, it is a big result. And it is a local derby as well so hopefully the supporters will have enjoyed us getting back into it.”

Moyes celebrated Lanzini’s equaliser by running onto the pitch.

“I think it was looking like a David Pleat moment!” the Scot told Sky Sports. “I was not going to slide down the touchline on my knees, because that has been done before!

“I think the team is getting better. I have said before that I would like to make the club, team, everything better if we could, and I think there is potential to do that.”

Google must act on scam money adverts, Which? says