Long-time friends of Christian Porter’s rape accuser believe her version of events, and say her request to police to stop investigating did not mean she had recanted.

Jo Dyer, who was a debater with the woman and the Attorney General in the 1980s, said the accuser recounted the details of her alleged rape after a school debating event in 1988 to her fellow teammates in 2019.

Ms Dyer said the five other national school champion debaters – who were all associates of Mr Porter and the woman – believed her account based on her demeanour at the time. 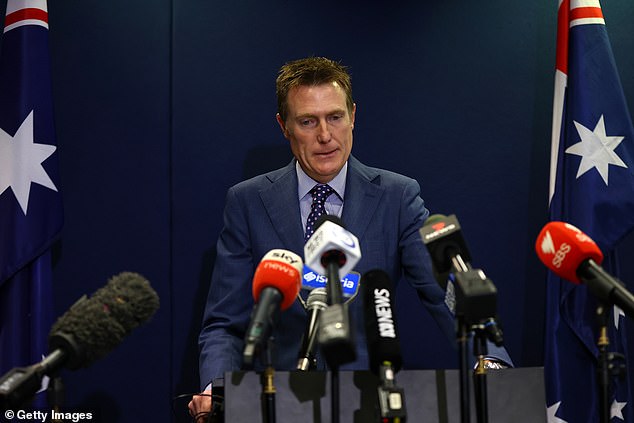 Friends of the woman who accused Attorney-General Christian Porter of rape say her debating teammates, who debated alongside the pair, believed her account when she told them in 2019

Mr Porter has categorically denied raping the woman who took her own life last year just one day after calling off her plan to issue a formal statement to police.

He is not under investigation and has refused to stand down from his cabinet position.

The family of the woman have called for an inquiry to be launched into the circumstances surrounding her death, a plea which has now been echoed by her friends.

Ms Dyer said no other appropriate forum had yet been established to investigate, after police closed the matter due to insufficient evidence.

‘Provide a forum for all of the claims, memories, recollections to be examined in a confidential and impartial way,’ she told the Sydney Morning Herald.

Another friend of the woman who knew Mr Porter from debating, Rick Kalowski, said she was ‘lucid, calm, rational, attentive, forensic’ when he spoke to her in the period before her death.

‘In no way was she delusional or away with the fairies,’ he said.

Mr Kalowski said he drove the woman to the airport after she spoke to police in February 2020, and insisted her withdrawal of the complaint a day before she took her own life did not mean she had recanted.

‘She said to me … that the only situation in which she could not continue with her formal complaint process was if she felt that she simply couldn’t continue with life at all, in other words, if she decided she would take her own life,’ he said. 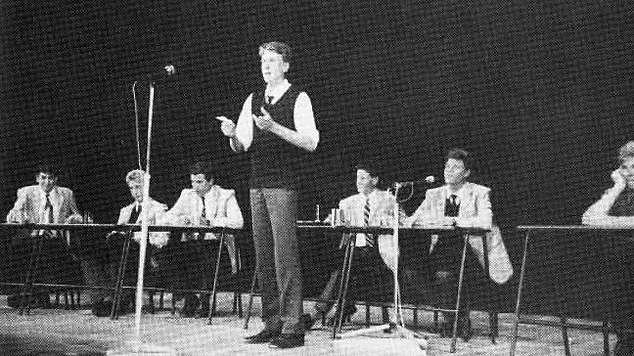 The 50-year-old former public prosecutor confirmed he attended a debating competition at Sydney University with his accuser when he was 17 and she was 16. Pictured: Mr Porter debating as a youth

Nick Ryan, who also knew the woman from debating, said all her supporters are requesting was an independent inquiry.

‘We will stand up for that and continue to support our deceased friend,’ he said on Perth radio.

Mr Porter told reporters his interactions with the woman were ‘for the briefest periods at debating competitions when we were teenagers about 33 years ago’.

However, Ms Dyer said short bonds were formed during the intense periods of competition, describing the debating world as a ‘hothouse’.

Ms Dyer, now the director of the Adelaide Writers’ Week, said she and others would challenge his claim about the depth of their relationship.

‘[Mr Porter and the woman] were in a national team together. They were preparing to debate together,’ she said. 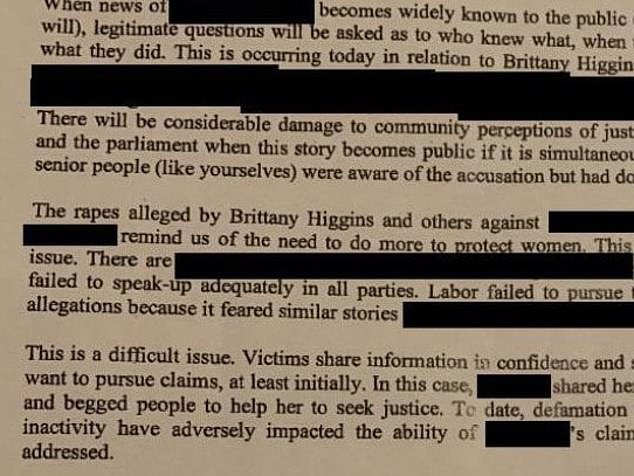 The attorney-general outed himself on Wednesday as the federal minister accused of raping a teenage girl in 1988 to emphatically deny even sleeping with the woman, who died last June.

The 50-year-old former public prosecutor confirmed he attended a debating competition at Sydney University with his accuser when he was 17 and she was 16.

The South Australian Coroner asked the police to further investigate the woman’s death and hasn’t ruled out an inquest.

Coroner David Whittle received an ‘incomplete’ brief of evidence from police on Monday in relation to the 49-year-old woman’s death last year.

Mr Whittle assigned one of his senior lawyers to liaise with police to collect more evidence such as letters and unsworn statements from the woman before she took her own life.

‘I determined that the investigation is incomplete. This was particularly evident having regard to information contained in recent media reports,’ Mr Whittle said in a statement late on Wednesday.

‘Counsel Assisting the State Coroner was allocated to assist SAPOL in the direction of the further investigations which I have requested.

‘The investigation is continuing and once that investigation has been completed to my satisfaction, I shall determine whether to hold an inquest.’

The woman’s family have thrown their support behind ‘any inquiry’ which sheds light on the circumstances surrounding their loved one’s suicide.

‘They (the family) are supportive of any inquiry which would potentially shed light on the circumstances surrounding the deceased’s passing,’ the spokeswoman said.

The allegations came to light after an anonymous sender wrote a letter to MPs detailing the woman’s allegations after Brittany Higgins went public with a separate claim about a parliamentary staffer.

The government has also back the attorney-general with Treasurer Josh Frydenberg insisting the allegations are finished after he denied the claims.

Beam customers are getting money back, but savings app still faces federal investigation

‘The show feels done’: Frantic staff at the Ellen DeGeneres’ Show are freaking out