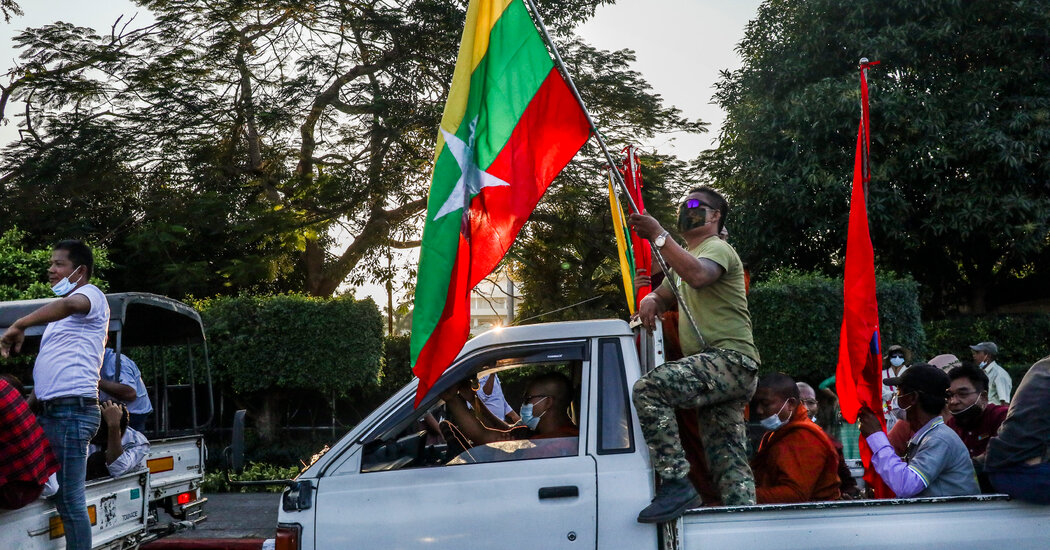 And State Department officials acknowledged on Tuesday that four of the top generals who organized the coup were already under sanction. Needless to say, those sanctions did not deter them from overturning a decade-long, inching move toward democracy. (It also does not help that Daw Aung San Suu Kyi, the deposed civilian leader, has had her Nobel Peace Prize-winning reputation irreparably tainted by her defense of a military that has committed atrocities against Rohingya Muslims.)

Threatening President Vladimir V. Putin of Russia will be even harder.

Mr. Biden was part of the Obama administration debate in 2014 about whether the United States should impose its harshest sanctions yet on Russia for its invasion of eastern Ukraine, and whether it should sponsor a combination of a physical and virtual war there. More than six years later, that sanctions regimen has failed in its one goal: to force Mr. Putin to reverse course, remove his forces and cease harassing a sovereign former Soviet state.

So when the United States condemned the sentencing of Mr. Navalny, the activist whose poisoning and arrest led to people across Russia to protest — more than 10,000 of whom the authorities rounded up — there was recognition among Mr. Biden’s top aides that, in the words of one of them, that when it comes to the Kremlin, “We’re pretty sanctioned out.”

Mr. Biden’s aides say the difference now is that they will work hard to coordinate pressure with allies, whose views Mr. Trump largely ignored over the past four years, as he reached for his phone to tweet orders for new sanctions or tariffs. (Rarely were those tweets prompted by human rights abuses.)

Mr. Putin, of course, loves nothing more than casting Mr. Navalny and the protesters as instruments of the United States, who are seeking to destabilize the country. The last time the United States came after him so directly for suppressing democratic instincts in Moscow was nearly a decade ago, when the secretary of state at the time, Hillary Rodham Clinton, called out his efforts to rig a parliamentary election.

Mr. Putin accused her of sending “a signal” to “some actors in our country,” and American intelligence analysts later concluded that Russia’s actions to steal emails from the Democrats and release them to embarrass her in the 2016 presidential election constituted direct retribution.

But inside the Biden White House, there is hope that the thousands of Russians who have taken to the streets in protest, electrified by the story of how the government tried to kill Mr. Navalny, may give the United States an opportunity. If executed skillfully and with the help of European allies, Biden administration officials said, many ordinary Russians may welcome sanctions as a sign that the United States is on their side.

EMILY HILL warns: How dare you look down on me because i’m titchy

Biden Leads, but No Call Yet Four Days After Election: This Week in the 2020 Race

Protests For Workers’ Rights, Immigration Reform Held For May Day — A Commemoration With Chicago Roots