Australia’s Defence Force chief has sparked outrage by telling first year cadets not to become ‘prey’ to rapists by being out late, drunk, alone and attractive.

General Angus Campbell made the comments to cadets Australian Defence Force Academy in Canberra in a speech to a new cohort.

Mr Campbell said they could avoid sexual predators by being aware of the ‘Four As’ – alcohol, alone, attractive, and being out after midnight, The Canberra Times reported. 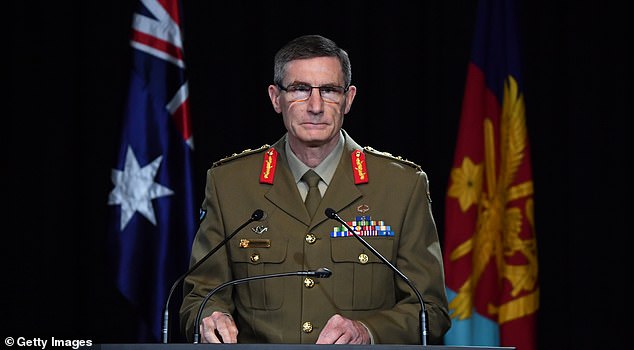 Chief of the Australian Defence Force, General Angus Campbell, allegedly told cadets they must be aware of the ‘Four A’s’ – alcohol, alone, attractive, and being out after midnight to avoid being the target of sexual predators 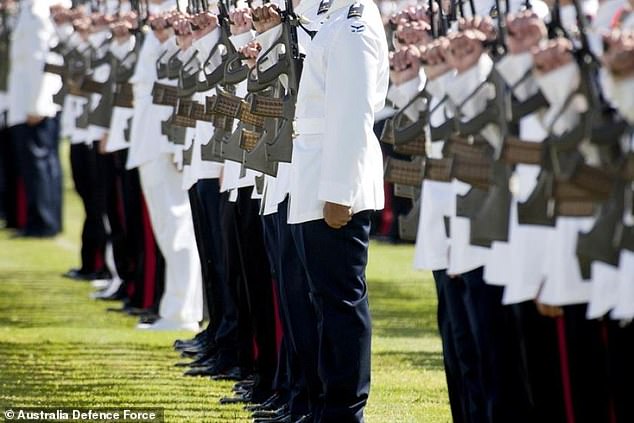 One female cadet was reported as saying the comments ‘made me feel uncomfortable’.

Mr Campbell’s comments have since been condemned by politicians and feminist commentators.

Kristina Keneally, Deputy Leader of the Opposition in New South Wales told the ABC Mr Campbell’s language was ‘clumsy’ and that implied ‘women are responsible for not being raped’.

‘It’s not women who are responsible for rape, it’s the men who perpetrate it.’

‘[Change] starts by changing men’s attitudes, challenging the notion that women exist for men’s use, that men are entitled to sex, as well as attitudes of casual sexism and disrespect for women, and making it clear that the ADF will not tolerate this behaviour.’

‘Even if we accepted the premise that individual women could avoid being raped if they don’t drink, aren’t out late at night, aren’t alone or “too attractive” – which is a flawed premise to begin with – all that accomplishes is ensuring that it is not her who is raped, it’s another woman.’

Feminist social commentator and author, Jane Caro posted a photo of The Canberra Times article on Twitter with the comment: ‘FFS’ and ‘Yup. Patriarchy. Nothing is there fault, everything is ours.’

‘In his recent address to the new cohort of ADFA trainee officers, the CDF noted matters in the media regarding allegations of sexual harassment and assault,’ the statement read.

‘In his view, being aware of the four As – young, attractive people, noting the entire class fell into this risk factor; alcohol; after midnight; and alone – enabled the group to recognise and mitigate the threat posed by abusive or predatory individuals.

The ADF has been subject of numerous high-profile cases of sexual assault and misconduct over the past decade.

In February a Gold Coast woman who is a former army captain took the ADF to court after a fellow soldier placed his genitals on her head and made racist jokes about running over Asian people in 2017.

In 2016 the The Royal Commission into Institutional Responses to Child Sex Abuse heard there was a culture of abuse and secrecy within defence force families.

The royal commission heard ADF cadets were told to ‘suck it up’ after being forced by seniors officers to rape or perform horrific sex acts on one another while others were pushed to suicide.

Raphael Varane would be ‘a fantastic piece of business’ for Liverpool, says club legend John Barnes

‘We will not take our eye off the terrorist threat,’ Biden says

Remains of a ‘high-status’ Roman villa discovered in Scarborough

How Fraudsters Gained Access To JAMB Portal, Defrauded Board Of N10 Million—Registrar