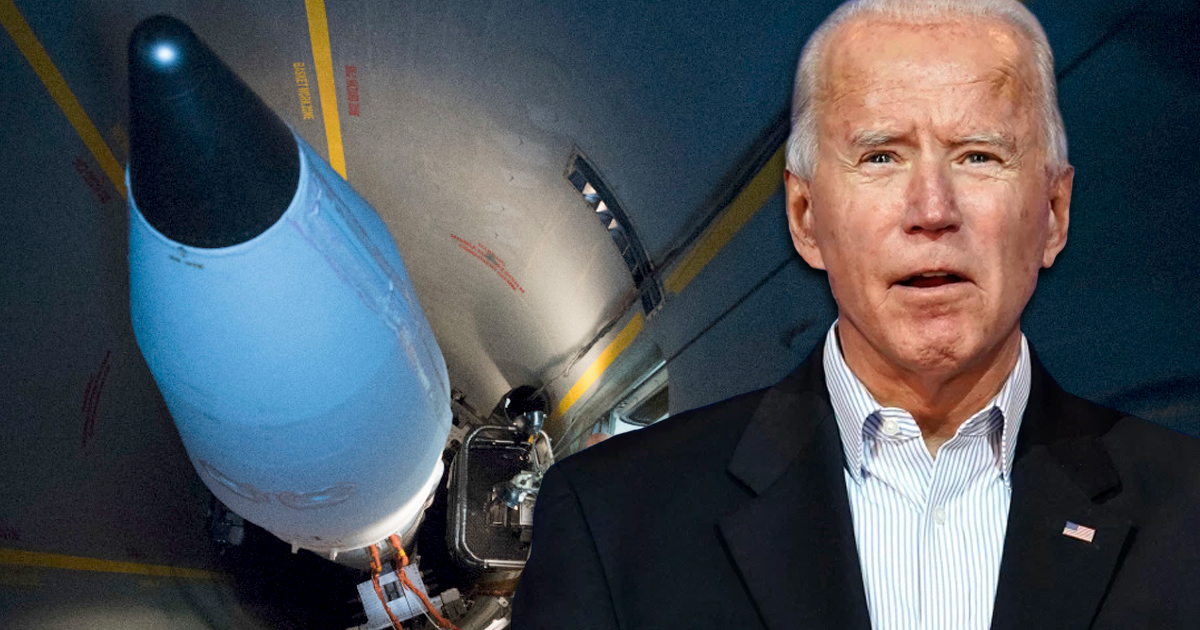 Congressional Democrats sent a letter to the Biden regime requesting that Joe Biden give up his sole authority to launch nuclear weapons in deference to a group-think apparatus made up of Democrats.

House Democrat lawmakers say the procedure used in “the decision-making process the United States uses in its command and control of nuclear forces,” is in need of reform and should be subject to the bureaucracy of a group-think dynamic.

As it stands, only the President of the United States – as Commander-in-Chief – has the authority to initiate a launch of US nuclear weapons.

That unilateral authority is problematic to the 31 Democrats who, evidently, have no issue ignoring the Separation of Powers, and the president’s role as Commander-in-Chief of all armed US forces. These lawmakers signed the letter to Biden to urge him to cede control of the nuclear arsenal.

“[V]esting one person with this authority entails real risks. Past presidents have threatened to attack other countries with nuclear weapons or exhibited behavior that caused other officials to express concern about the president’s judgment.

“While any president would presumably consult with advisors before ordering an attack, there is no requirement to do so. The military is obligated to carry out the order if they assess it is legal under the laws of war. Under the current posture of U.S. nuclear forces, that attack would happen in minutes.”

Rep. Jimmy Panetta (D-CA), spearheaded the effort. The letter offered a number of alternatives, all of which usurp the Separation of Powers:

Nearly three dozen House Democrats on Monday called on Biden to relinquish his sole authority to launch nuclear weapons, in the latest appeal to reform the command-and-control structure so that no single person can initiate a nuclear war https://t.co/AOIHaYf1b4 pic.twitter.com/OSKJ64d3cW

Though the letter requests the President to implement such a change of his own accord, Congress could advance legislation to challenge his authority, daring him to veto it.

The constitutional doctrine of Separation of Powers is such that the authorities of the three co-equal branches of government are kept separate. The powers of each branch allow for a system of checks and balances so each can provide that balance to the other branches.

The President holds the dual roll of President and Commander-in-Chief of the US Armed Forces. This was established to facilitate the quick action, when required, of military decisions.

The proposal by House Democrats both blurs the lines of the Separation of Powers and slows down what is recognized by most to be a response that would require action within minutes.

One Huge Challenge With Planning Godzilla Vs. Kong’s On-Screen Battles

US Senate: Joe Biden and Donald Trump campaign in Georgia on Monday