US President Donald Trump has assured his followers that his campaign is not running out of money and that if it were he would use his own.

Late last night Trump tweeted to reassure his followers on Twitter that his campaign’s coffers were full and that he was still confident to win the election on 3 November.

‘I keep reading Fake News stories that my campaign is running low on money,’ Trump wrote. 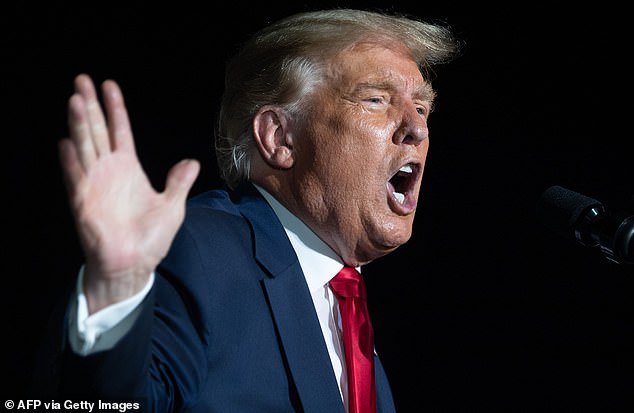 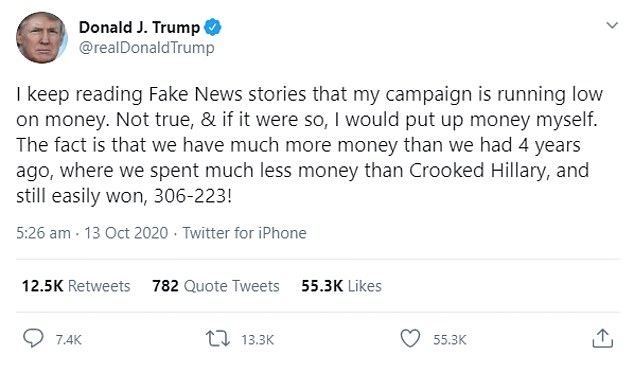 ‘Not true, & if it were so, I would put up money myself. The fact is that we have much more money than we had 4 years ago, where we spent much less money than Crooked Hillary, and still easily won, 306-223!’

Speculation about the campaign’s financial situation came in the form of an article from BuzzFeedNews earlier this week which reported that Trump had been pulling advertisements from the key Midwestern states which made him president.

The president has not been seen on the airwaves of Iowa and Ohio and the campaign has given up at least $2million-worth of reservations in Michigan and Wisconsin since September. 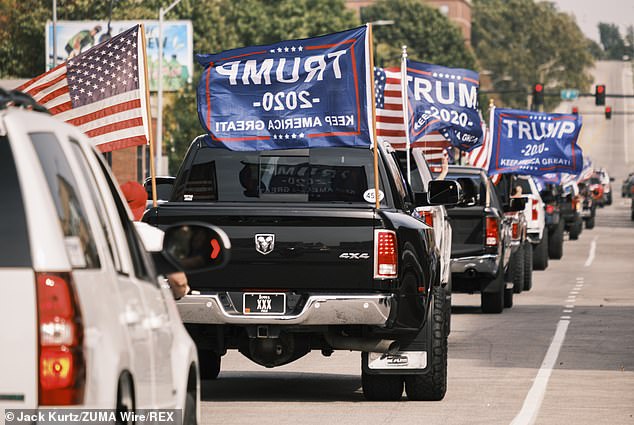 A Donald J. Trump motorcade heads up Court Avenue towards the Iowa State Capitol on 26 September

The campaign has also slashed $5billion from its projected fall budget for television in Minnesota.

While the campaign has suggested the confidence to remove advertisements from key supporter states is a sign of strength, others say there is no reason for Trump to cut off a vital tactic – other than to save money.

Republican ad maker Nicholas Everhart told BuzzFeed ‘there’s no reason why [Trump] would not be wanting to be on the air in those states, particularly Ohio.’

He added that he believes there are ‘clearly … some unpleasant financial realities impacting the strategic decisions they are making.’