A male barrister who asked a female clerk to perform a sex act on him during a work dinner was not ‘professional misconduct’, a tribunal has ruled.

The New South Wales Civil and Administrative Tribunal had heard allegations the boozed-up barrister forcibly grabbed the woman’s head and made her simulate oral sex on him during an alcohol-fuelled dinner at the NSW Barristers Clerks’ Conference in 2017.

‘Suck my d**k’ – or something similar – the barrister allegedly demanded as he bobbed the woman’s head up and down. 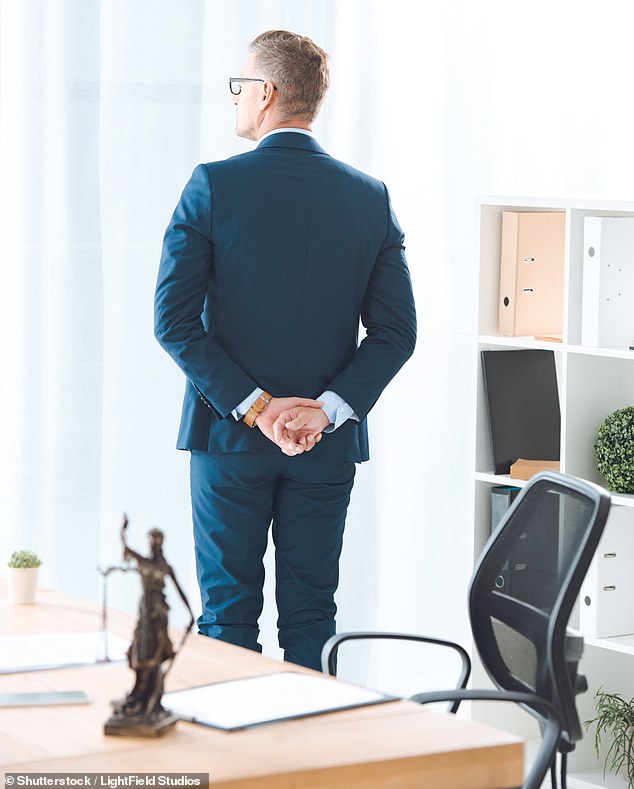 A drunken incident where a male barrister told a female clerk to ‘suck my d***’ during a joke about oral sex was not professional misconduct, a tribunal has decided (stock image)

In her application to the tribunal, the woman claimed she had never met the barrister before that night.

‘It took me a few seconds to get over the shock of what was happening,’ she told the tribunal.

‘I then pulled away while still sitting. I remember I then awkwardly looked at (a witness) who also looked very awkward and embarrassed.’

The young clerk claimed the barrister attempted to dismiss his conduct as nothing more than a joke.

‘After I had pulled away the Barrister said to me in an attempted humorous way “oh don’t complain about me to the Bar Association”,’ she told the tribunal.

No other witness was able to give a direct account of the incident because they were either intoxicated or had no memory of critical aspects of the incident, the tribunal heard.

The woman left the table shortly after the incident and found a work colleague from her own chambers.

‘She told him that she felt angry, upset, embarrassed and humiliated,’ the tribunal heard.

The barrister denied the allegations, telling the tribunal he never made the alleged statement but ‘may have said something that offended her’.

‘I have no doubt that I said something which caused (her) offence for which I am truly sorry,’ he submitted to the tribunal.

‘I did not intend to offend (the victim) or to harass (her). I also accept that I briefly touched the back of her head and I do appreciate that it was an unwelcome touch.

‘I did not intend for it to be sexual in nature. Again, as I have said since sending (her) my apology, I sincerely regret touching the back of her head, making a statement which caused her offence and my inappropriate conduct.’ 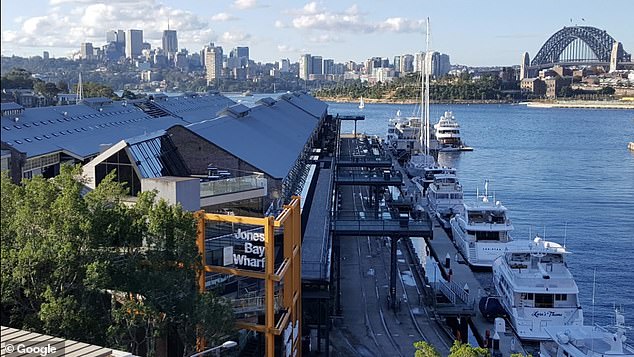 The man and his alleged victim were at a dinner as part of the NSW Barristers Clerks’ Conference at Doltone House, Jones Bay Wharf in Sydney, on July 21 2017

The tribunal viewed CCTV footage of the incident and found the man did not move the woman’s head toward his crotch.

But he did move her head forward and slightly down before she moved her head back, it stated.

The tribunal heard the barrister had been good friends with a man who had been seated next to his alleged victim.

In an apology letter to the clerk, he told the woman he did not recall the incident, except that he had been ‘horsing around’ with his mate.

‘Their interaction on the CCTV footage appeared to be a private joke between them,’ the tribunal found.

It further declared the man’s actions and his words ‘self-evidently had a sexual character’ – but his comment was not an ‘advance’.

‘It seemed, rather, from the CCTV footage, that he was extending to her an abridged echo of the greeting he had offered to [his friend],’ the tribunal found.

‘He was including her in the horseplay he had engaged in with [his friend].’

On Thursday, the tribunal found the man’s behaviour did not amount to professional misconduct, but the lesser offence of unsatisfactory professional conduct.

The matter had been brought before the tribunal by the Council of the New South Wales Bar Association, which has been given until next week to outline the disciplinary orders it seeks as a consequence of the finding of unsatisfactory professional conduct.

Boris Johnson announces no hairdressers to reopen before April 12