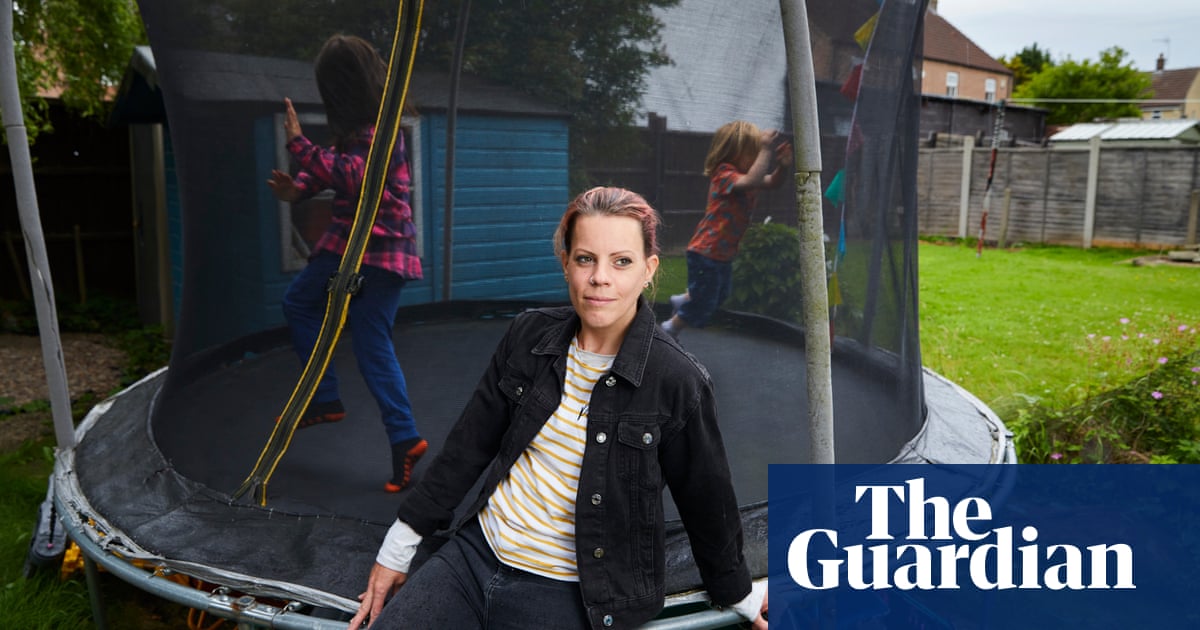 Sydnie Corley has found it stressful feeding her two young children since the coronavirus pandemic began. Her six-year-old daughter follows a dairy-free diet, and had a reaction to the packed lunchboxes her school sent out as replacement for free school meals. The boxes Corley received were often filled with unhealthy produce, leaving a single parent on universal credit with little choice but to feed her children what was inside or risk them going without.

Corley describes the contents of a typical box as follows: “This is 10 days worth of lunches, and lunch is meant to be part of your five a day, so what do we have? Two apples and two oranges; that is not a week’s worth of fruit for lunches. I don’t believe in junk food, but what have we got? Popcorn and crisps … Two little cakes … Yoghurts, six yoghurts. I think these are all full of sugar.”

The needs of Corley and her children, and those of millions of families living on low incomes, were missing from Rishi Sunak’s summer statement, in which the chancellor announced the “eat out to help out” scheme that began on Monday and runs throughout August.

What this policy either neglects or deliberately conceals is that, for many households, eating out in cafes and restaurants, heavily discounted or not, is a luxury that is simply unavailable to them. Corley and her family never eat out. “A treat to us is one of those supermarket meal deals, where you get a drink, snack and sandwich for £3,” she says.

Indeed, there is a jarring contrast between the policy’s underpinning rhetoric – the appeal to do the right thing by spending money – and the reality for families in poverty who struggle to afford the essentials. For many of these families, life has become much harder since the pandemic hit the UK.

Corley’s is one of those families and they are taking part in a new research project documenting their experiences in diaries. The aim of sharing their everyday realities of life on a low income during the pandemic is to try to ensure that policymakers include their perspectives on what needs to change, and why.

This emerging evidence already shows that the financial struggle and costs of getting by on a low income with dependent children have worsened in recent months. Rising costs from being at home all day, every day, have not been offset by any additional support, such as an increase in the standard allowance for universal credit, and replacements to free school meals. These have benefited some – but not all. Roisin Murphy, a single parent of two young children, one of whom is disabled, described how lockdown had made things harder:

“We spend so much more on electricity, food, gas, as we are at home most of the time. We used to have lunch or dinner at my mum’s after I got the children from school. Mum always picked up little things for us when she had done her shopping, like washing powder or sweets or toys. Now we can no longer visit.”

Getting access to decent and sufficient food is a particular problem identified by many parents. They have turned to emergency food aid for help, with food banks and emergency providers facing massive increases in demand, which they have not always managed to meet.

Some of the parents in the project described how the act of asking for emergency help made them feel guilty and ashamed, as if their poverty made them a bad parent. Holly Thomas felt guilty when she couldn’t use some of the food she received in an emergency food parcel because it was out of date and mouldy.

“I’m so very grateful for these boxes from charity – I feel guilty for using them but also grateful. I’m sad at having to bin some items. In the box were two tubs of sweating and stinky carrots. Of the bread, all were dated two days ago. I’m pretty good at making food last and use-by dates are subjective, depending on the product, alas these breads weren’t child-suitable: two were open, stale and smelt weird. One was rock solid – kids used it as a drum, it was so hard. The last was unopened and looked safe to use. I opened it to make sandwiches, and the smell of mould was sickening. I hated having to bin them. I know beggars can’t be choosers but four loaves of inedible bread was an emotional blow at the time.”

It can only be described as perverse to have mothers, such as Thomas, facing the indignity of receiving inedible charitable food provision – itself a poor substitute for a failing social security system – while at the same time having a chancellor calling on us all to head to restaurants. The government is expected to spend £500m on the “eat out to help out” scheme. Yet, it had to be shamed into a U-turn by the footballer turned anti-poverty campaigner Marcus Rashford to fund a replacement to free school meals over the summer holidays, at a much more modest cost of £120m.

Parents wrote in their diaries about how the future looked uncertain and frightening, the summer holidays only serving as a reminder of all the things that they would like to do with their children but could not. Low-cost and free activities that might usually help occupy children – such as trips to playgrounds, holiday clubs and informal get-togethers of groups of families – are severely restricted, and in some cases not possible at all because of the coronavirus.

To properly support families living in poverty during and indeed after the pandemic, we need an adequately resourced and ambitious package of financial support aimed squarely at families living on a low income whose budgetary pressures and costs have increased. This would offset the additional costs of having children at home much more than usual and would ensure families can access decent food –that they can choose and purchase themselves, rather than relying on vouchers or charitable provision. But it is also necessary because the pandemic has starkly revealed the shortcomings of our social security system. Temporary measures, such as the increase to universal credit, are a tacit acceptance by government that benefits are not enough to live on, and should be converted into lasting and more ambitious change.

If our government really listened to families on a low income they might think again before proclaiming that it is time to eat out to help out, without offering a parallel programme of support for families in poverty.

Some names have been changed.

• Ruth Patrick is working with families on the Covid Realities project, funded by the Nuffield Foundation. Additional reporting by Maddy Power, Kayleigh Garthwaite and Geoff Page.

Rising temperatures will cause more deaths than all infectious diseases – study

Here’s what happened during that CLOY scene in ‘Dinner Mate’

News quiz: What do you remember from the week that was?

Brisbane: Fraudster bride swindled $43,000 out of her boss at Buccini Transport to pay for wedding

Brisbane: Fraudster bride swindled $43,000 out of her boss at Buccini Transport to pay for wedding