Elderly woman dies at the scene in Chester Hill, Sydney, after being hit by a garbage truck

Confronting footage has captured the tragic moment a garbage truck struck and killed an elderly woman crossing a suburban road in the morning.

The unsuspecting lady was struck in Chester Hill in Sydney’s southwest on Tuesday at 8.30am after the driver allegedly made an illegal right-hand turn.

CCTV footage showed the truck doing a three-point turn moments before the accident.

The garbage driver, 32, tried to assist the woman and paramedics were quick to respond but the woman died at the scene, reported 7NEWS. 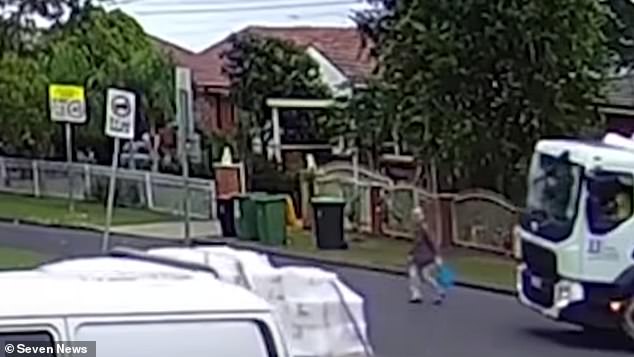 The deceased woman has not been formally identified but one neighbour said she didn’t believe garbage should be picked up during peak hour traffic.

‘I don’t think rubbish trucks should be coming around at 8.30 in the morning,’ Ruba Carwizi said.

‘[They should] be coming much earlier at 5am when there isn’t so much traffic.’

The Campbelltown driver was charged on four counts including negligent driving occasioning death, disobeying a no right-hand turn sign and not giving way to a pedestrian.

The man has been granted conditional bail to appear in Bankstown Local Court on March 11. 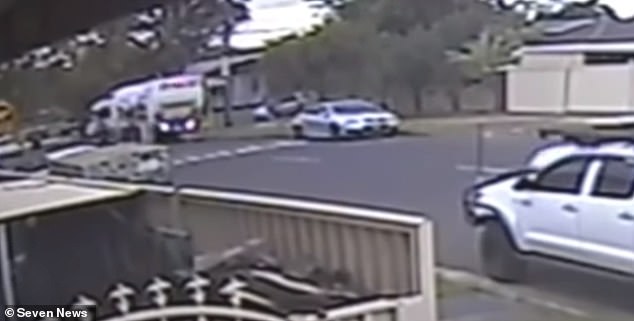 The $35 bedspread disappearing from Kmart shelves across the country